The hunt for a daily driver

For the past few years I've been using a 2004 Mondeo LX Estate as a daily driver.When I bought it I was using my Mk2 Fiesta Zetec conversion to do a daily commute of 160 miles, which was starting to affect the bodywork (2 people have collided with it and the road salt was starting to affect the underside very slightly). The Mondeo was the ideal replacement, especially since I was doing a house renovation and having to carry big objects around. The only problem with the Mondeo was it was in terrible condition, tatty inside and out and high mileage. It got to 176k and when it started to suffer from yet another injector problem, I decided it wasnt worth spending any money on it and started the hunt for a replacement.

I'd always like the look of the ST hatchback model and the Estate had been perfect for what i needed so the idea of finding an ST Estate came about. After browsing eBay I was struggling to find one with sub 100k miles that didnt have a stupid price tag. After a bit of searching I turned up this one in Newcastle. There were a couple of bits that I didnt like about it (wheel choice and dodgy numberplate font) but I thought it was worth going to see. In person the car looked pretty reasonable, and despite it's 100,000 miles on the clock, had been looked after well with a full service history and the original wheels included in the sale. The deal was done and I brought it home with me without any problems. 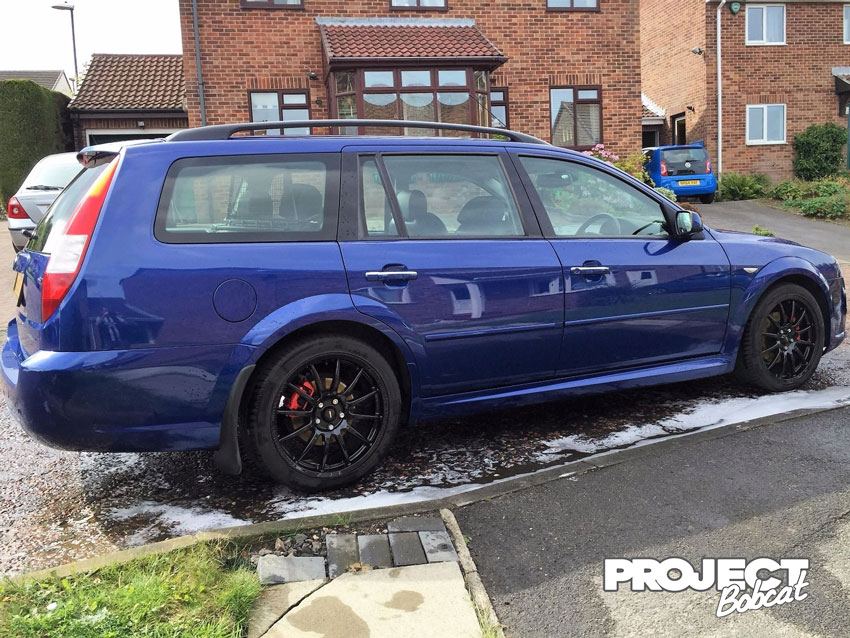 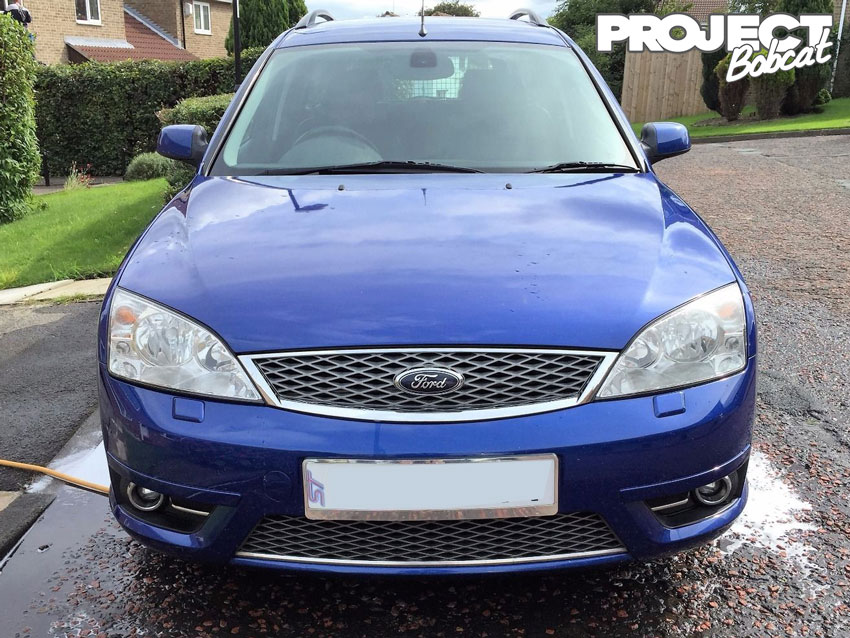 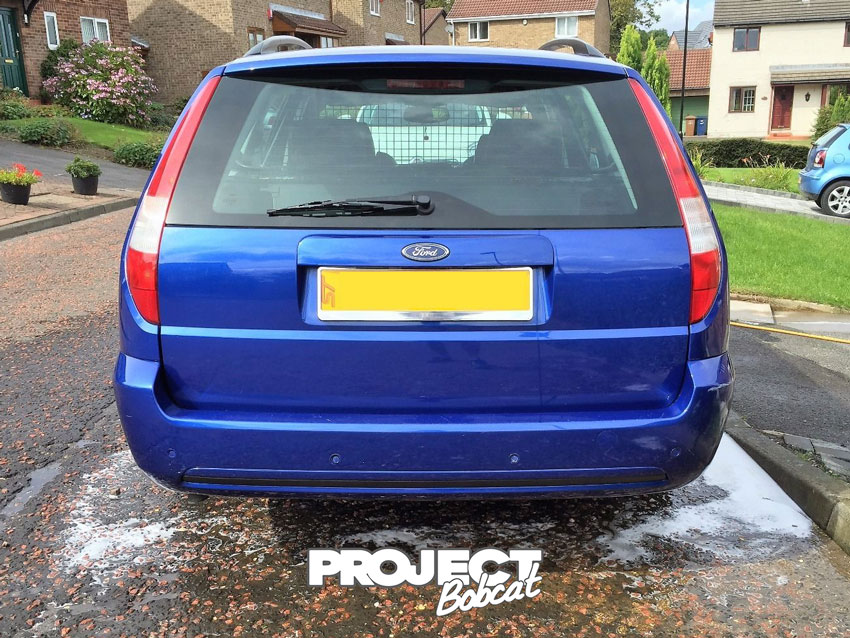 I absolutely hated the none standard numberplates, and tacky chrome surrounds. I always think a clean set of standard plates make a car look so much better. It's likely that I'll be taking it abroad so a pair of GB plates was ordered from the nearest Ford dealer. I also didnt much like the wheels it had come with so quickly put them up for sale and temporarily fitted the 16" 6 spoke alloys from my previous car. They look lost in the ST model's bodykit but it's only a temporary measure. 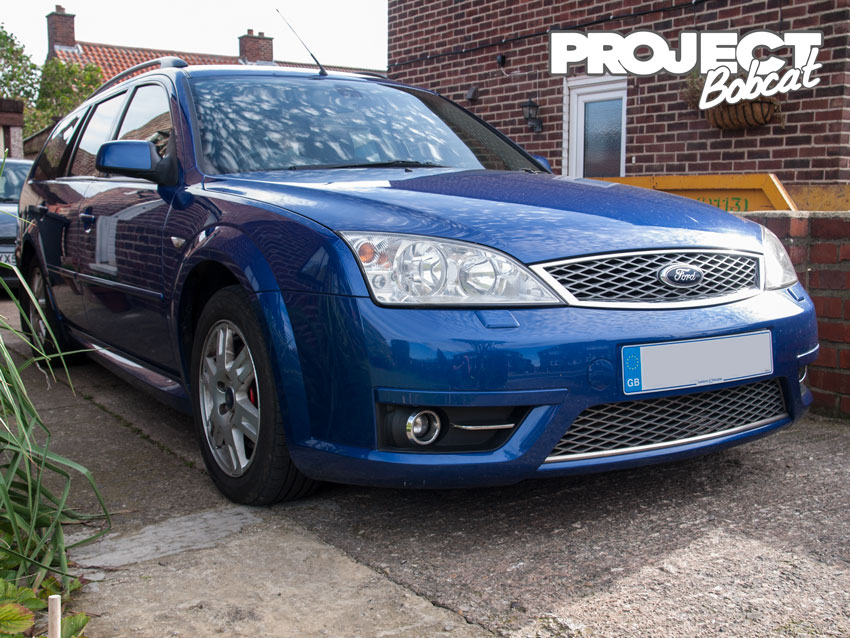 Whilst I was at the dealers I got a bit carried away and ordered a touch up pen, a replacement TDCI boot badge and a aluminium protector strip for the rear bumper.

One of the small jobs on the list I've created for parts to replace was the engine bay fusebox lid, sadly the ST TDCI's has somehow got cracked, so I swapped it for a spare that I already had.

After a quick wash in the sink and a dry off I replace the broken one with it. 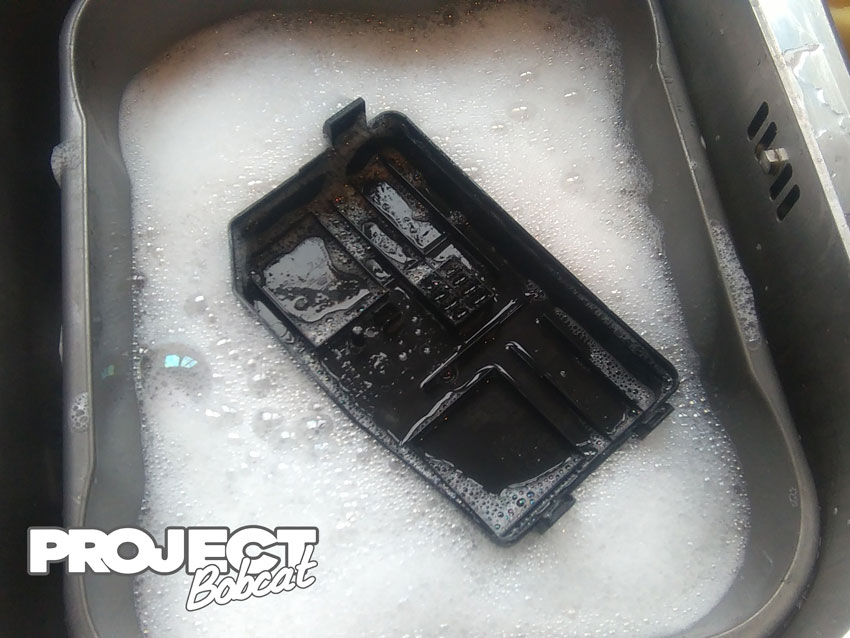 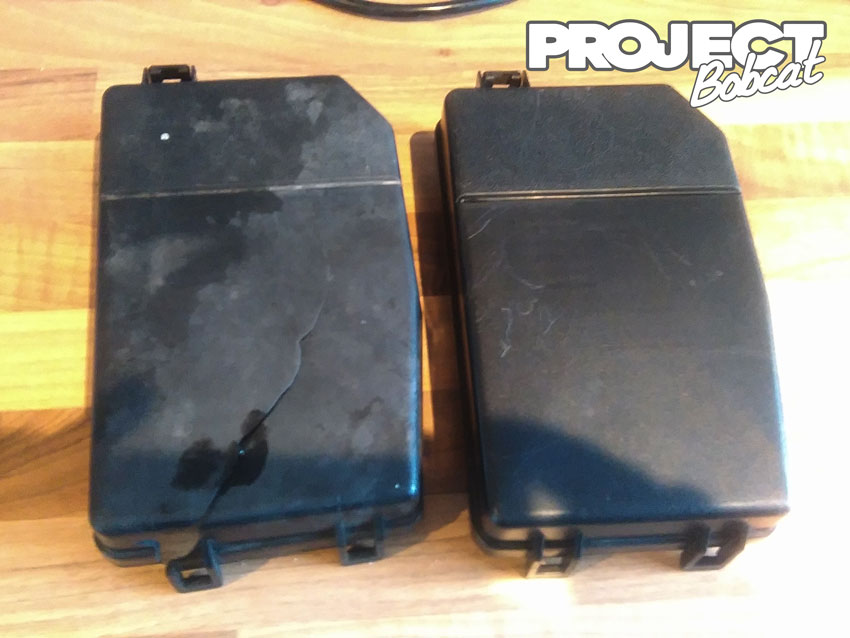 My purchases from yesterday arrived at my local Ford dealer so I picked them up. The bumper protector comes with an adhesive strip on the back so it's just a case of cleaning the bumper, removing the plastic backing and carefully sticking it in place. if anyone is interested the part number (FINIS) was 1419448 and it cost £53.82 including VAT 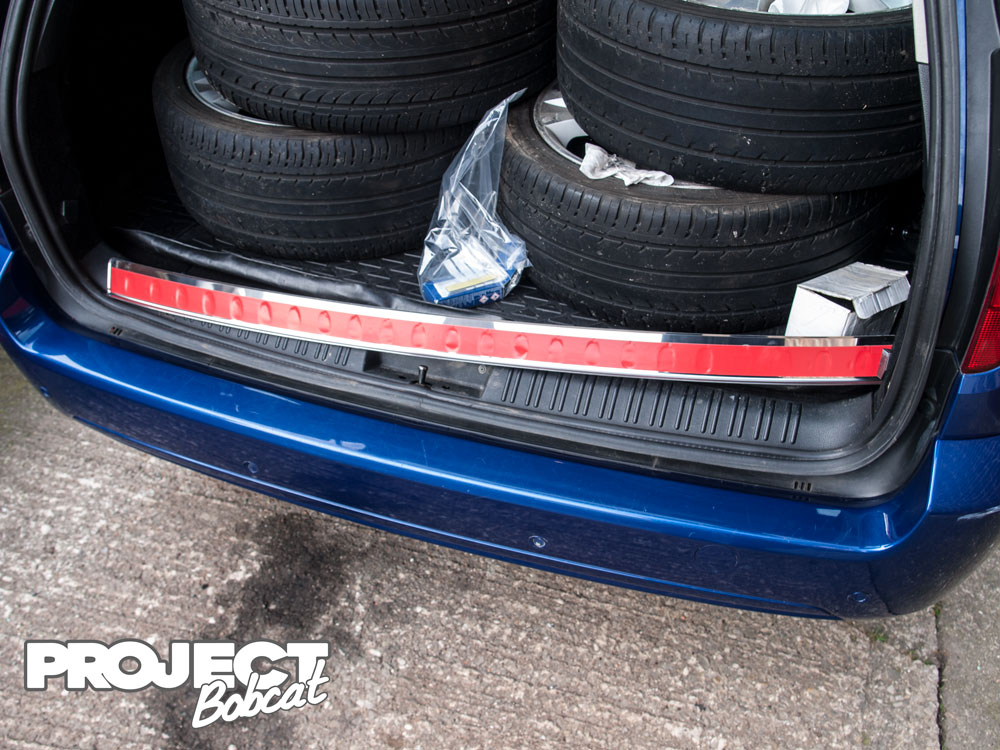 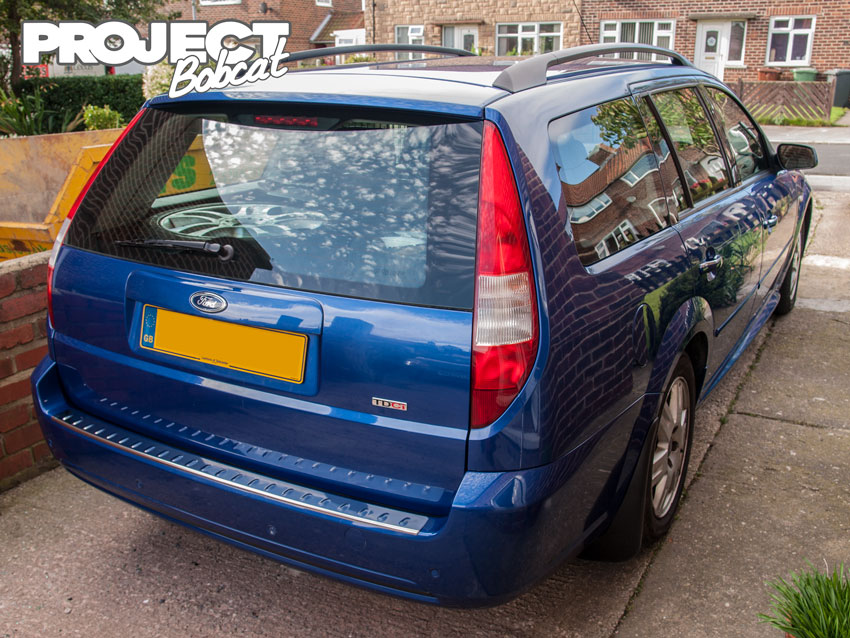 I had a few spare minutes this evening so I've removed the dog guard that came with the car. It's a genuine ford item and it was really easy to take out and fits with no damage to the interior which is always nice. The bottom feet fit by unbolting the furthest forward boot floor tie down brackets and then a sandwich plate slips in between those and the floor and the upper is held in place by two brackets that fit over the rear seat latches. To remove it I had to undo 4 allen bolts and then 4 T30 torx bolts that hold down the tie down brackets, and then refit the brackets using the same bolts. The instructions that came with the car tell you to cut the boot floor load liner (if fitted) but luckily my cars previous owner hadnt bothered. 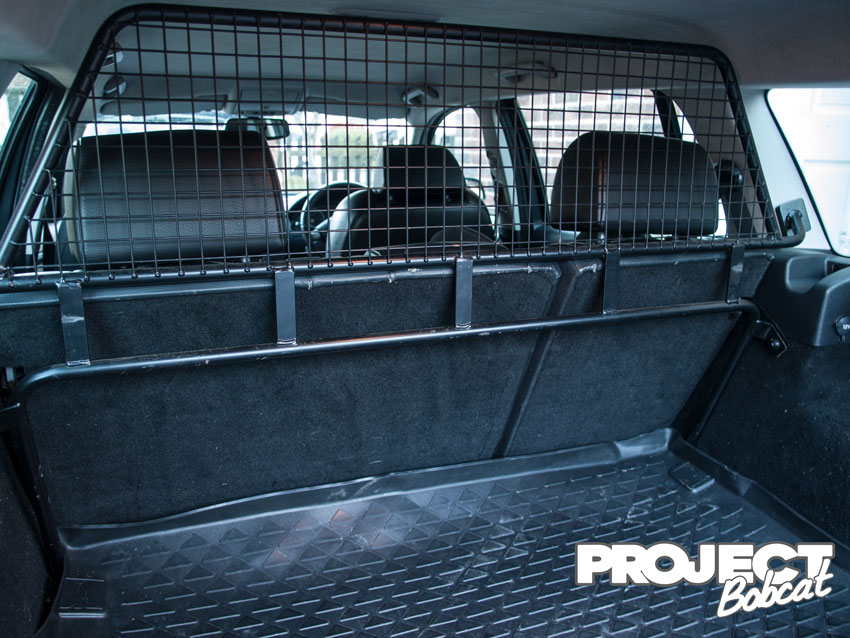 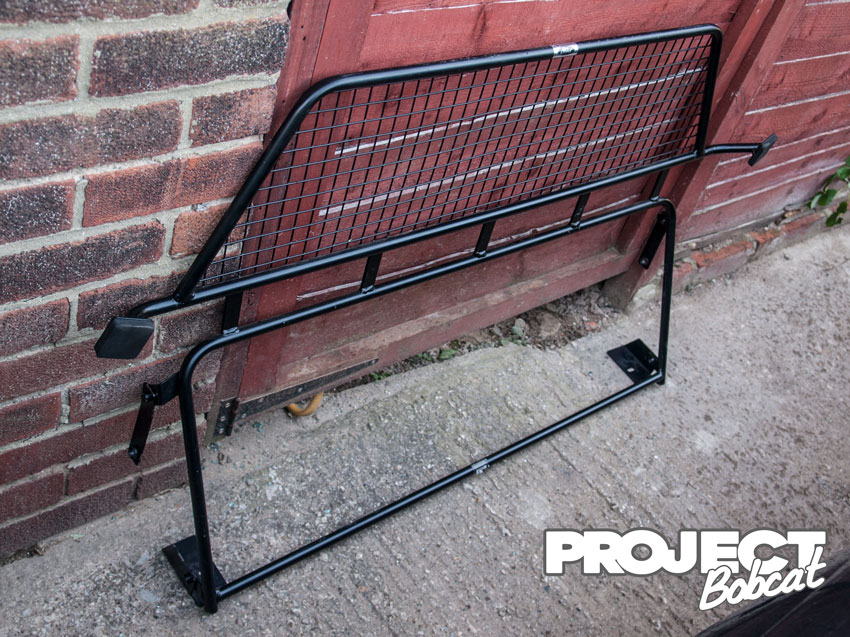 The car came with a set of tatty Zetec-S 18" alloys, they were an option for the ST and a quick search in ETIS showed they were specified when the car left the factory. At the moment they are fitted with some Kumho Ecsta XT's but two of them arent holding air and are pretty worn. The other two arent in bad shape so I'll put those on the back for now and then replace them when needed. I've bought a pair of Goodyear Eagle F1's to go on the fronts once the wheels have been refurbished. 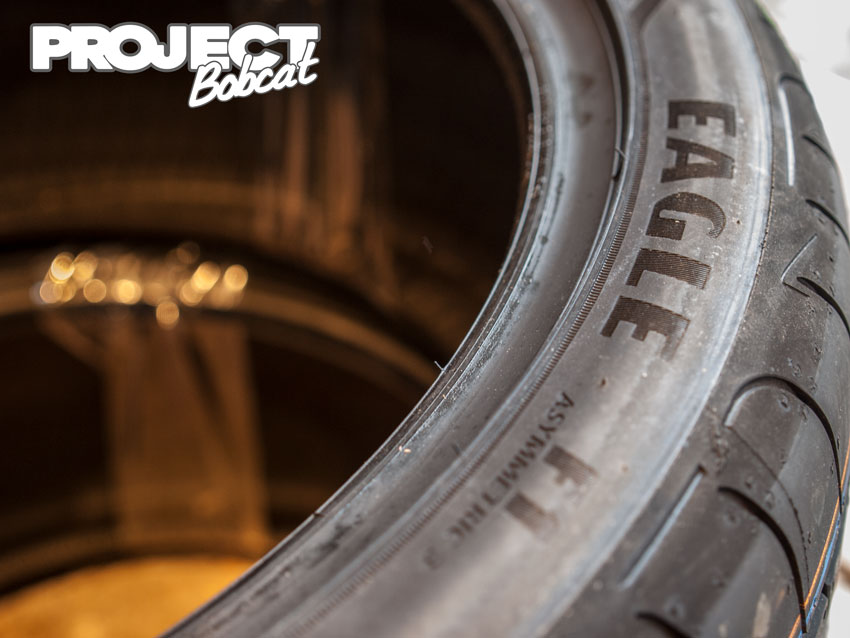 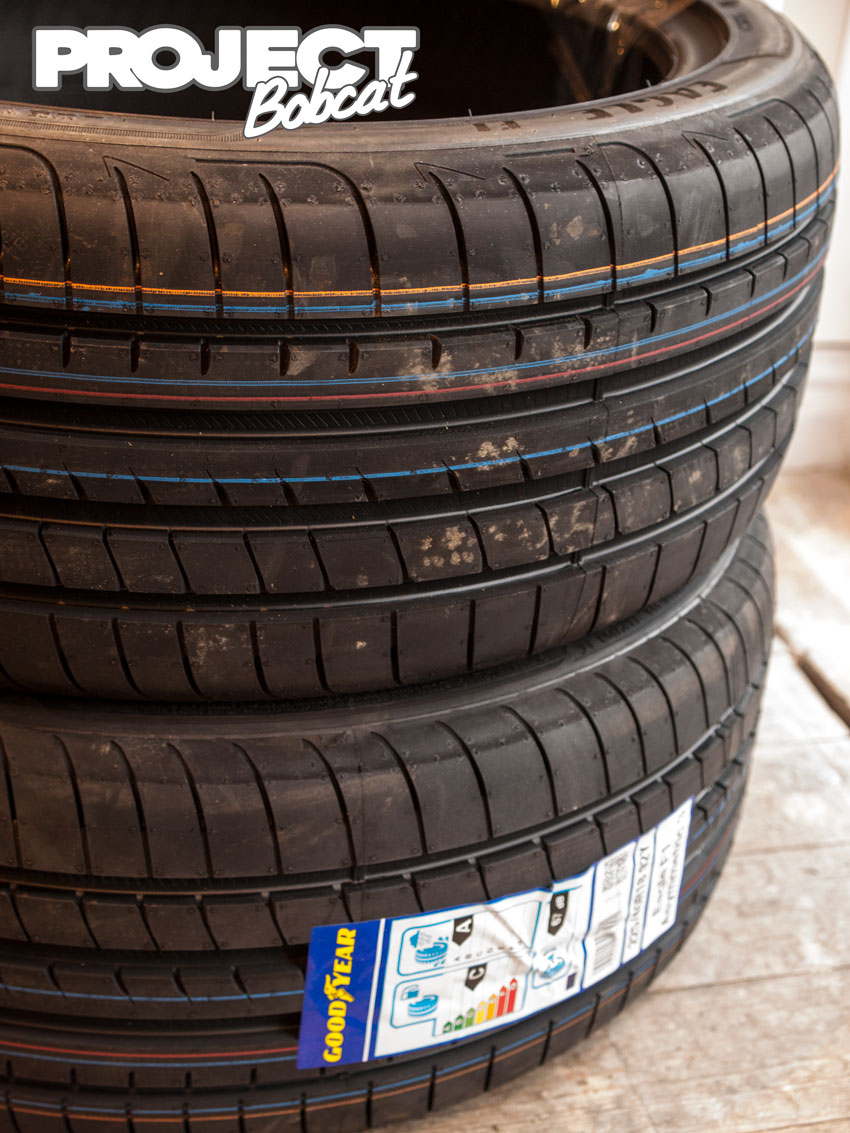 I got the original wheels refurbished by a local engineering firm, for what they cost I'm a bit disappointed as there's lots of dimpling where the alloy was pitted. They advertise themselves as wheel restoration specialists, I'd have got the same finish taking them to a agricultural powder coaters and paid a lot less. Anyway I'll put that one down to experience, they do look pretty good overall, and the silver doesn't stand out very much from the different centre cap shade. I fitted them back onto the car last night in place of the silly looking 16's. This wheel is probably the worst, you can see a lot of pitting around the valve. 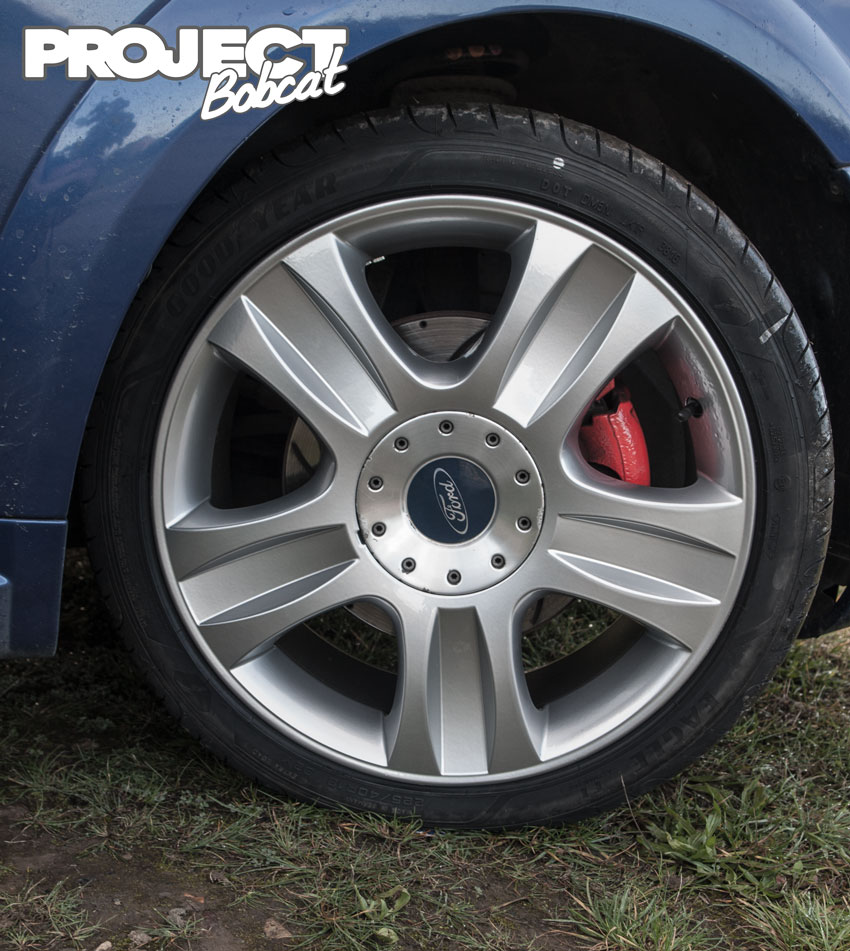 I went out for a little drive to check that they seemed to be balanced ok etc and took the opportunity to get a couple of photos. 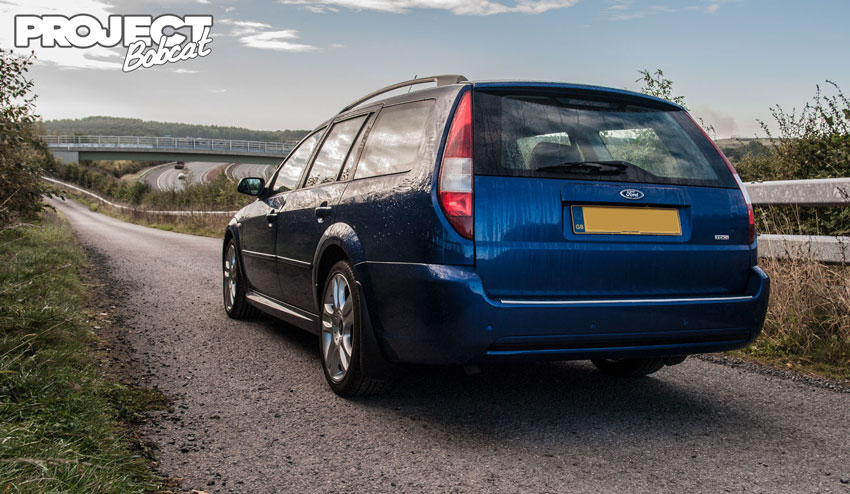 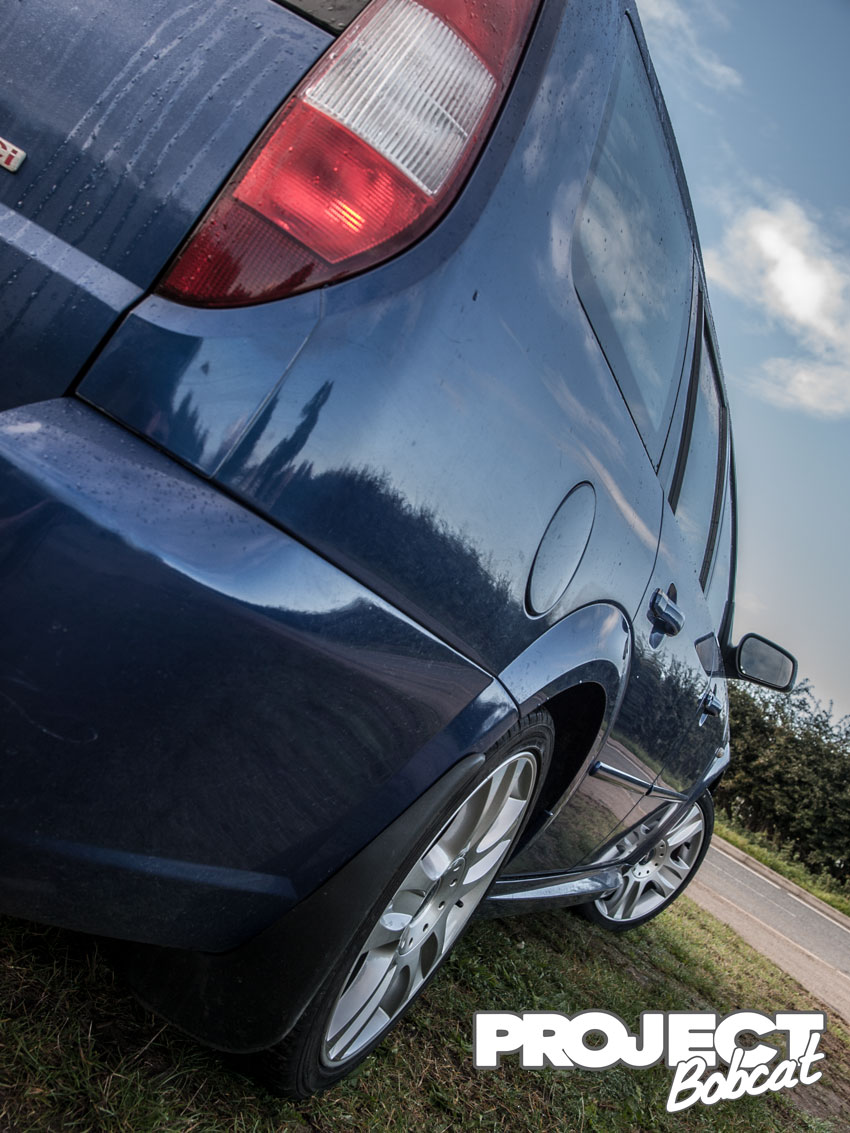 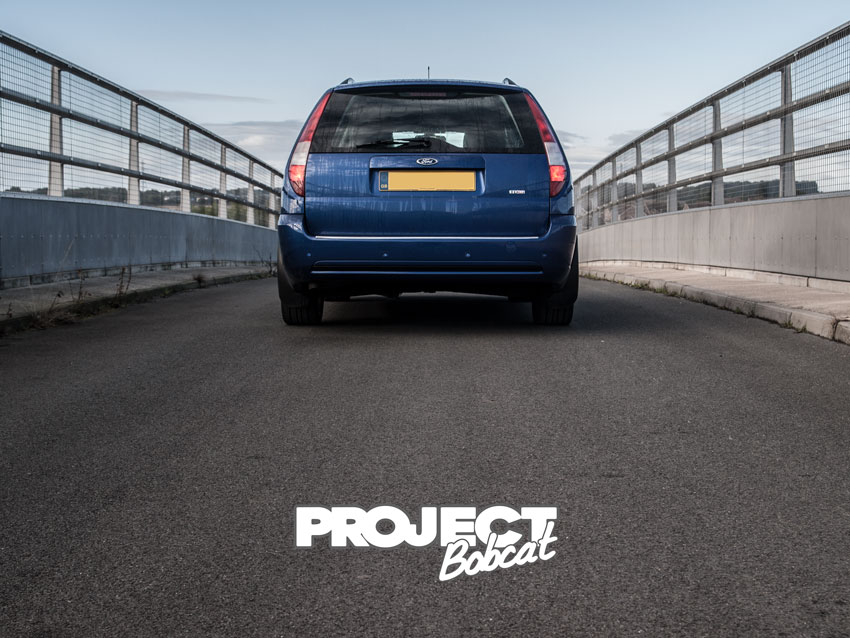 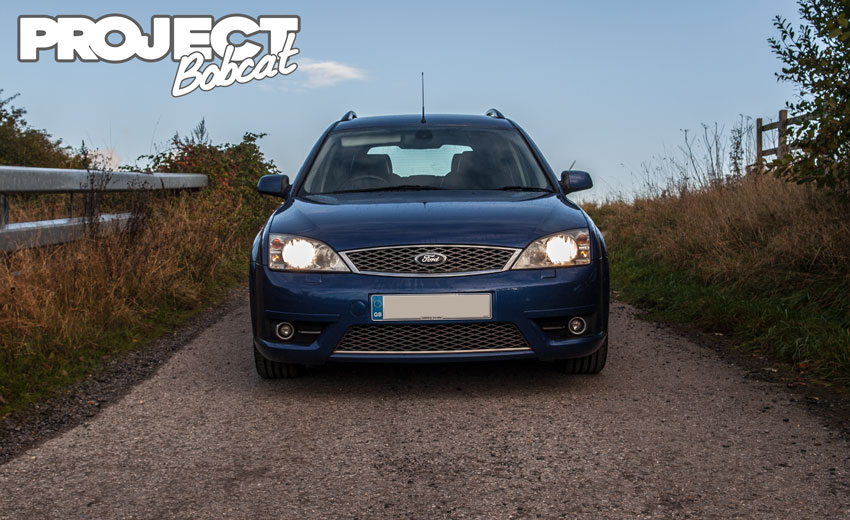 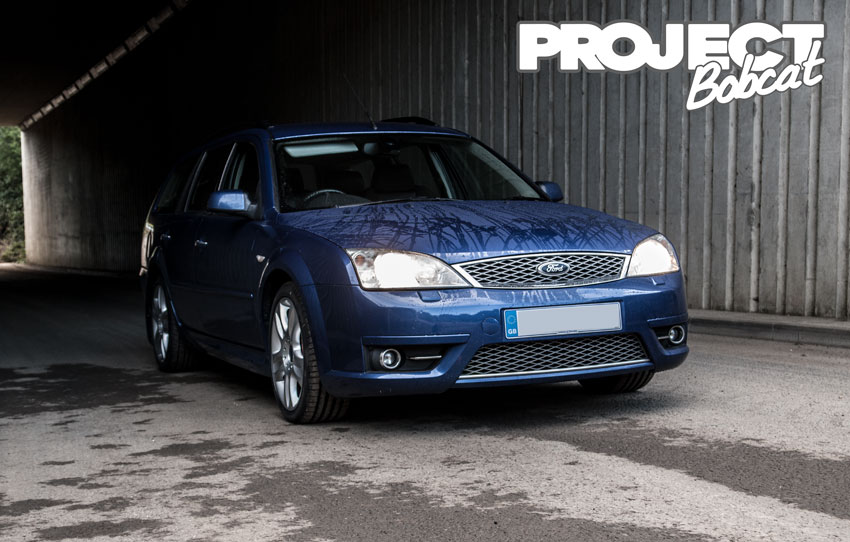 As fuel prices have gone up I've found myself rarely going out for a drive just for the sake of it. Years ago I was forever just going off to some random place, purely for the fun of driving. Today I had some free time so thought I'd take the Mondeo out and get some photos. 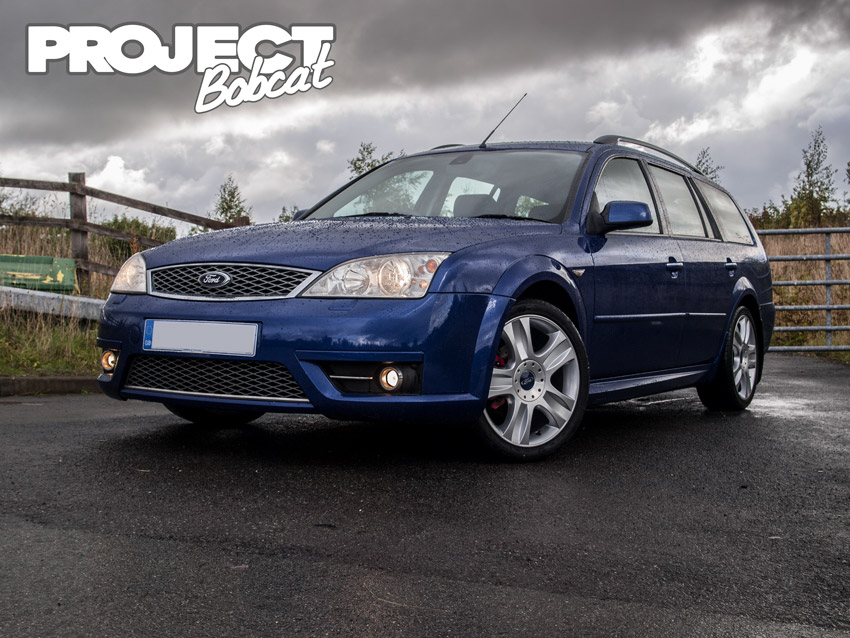 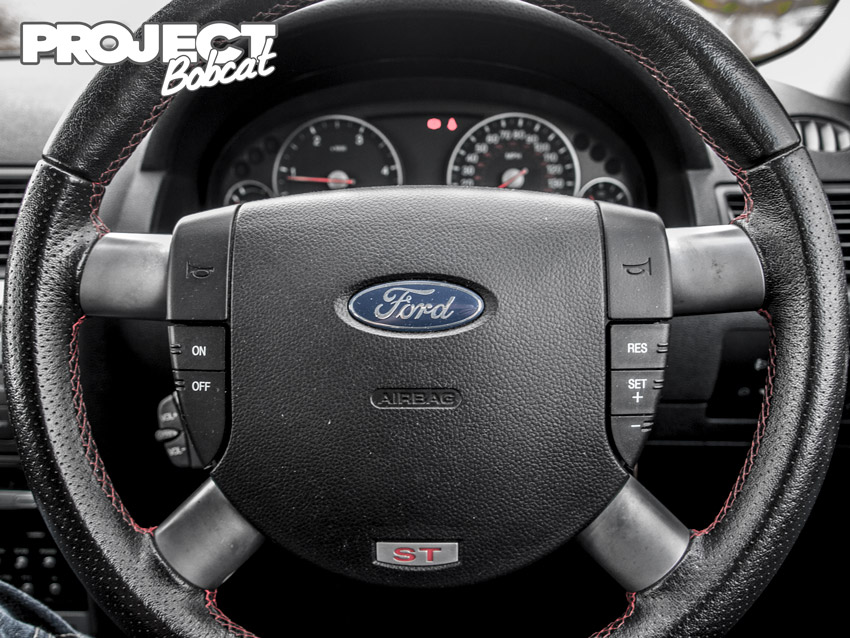 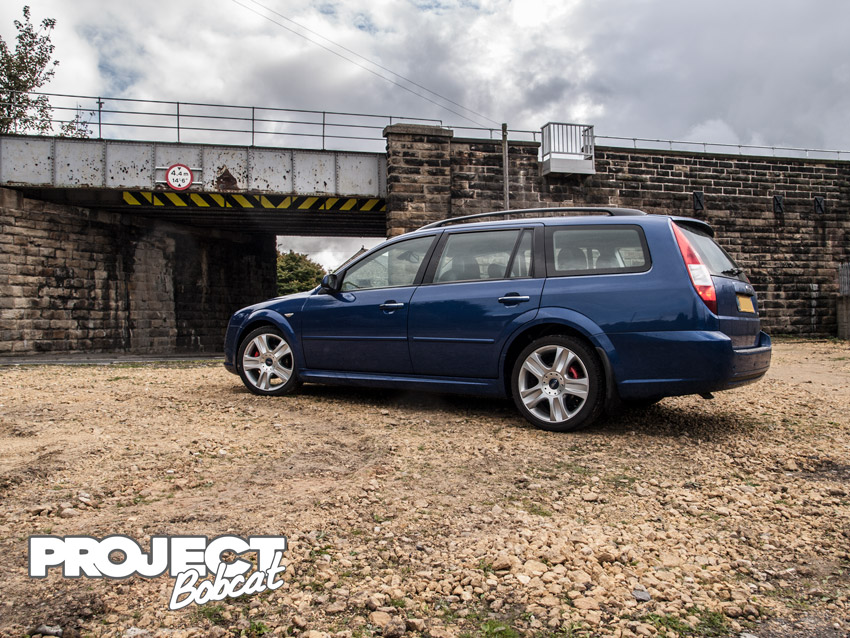 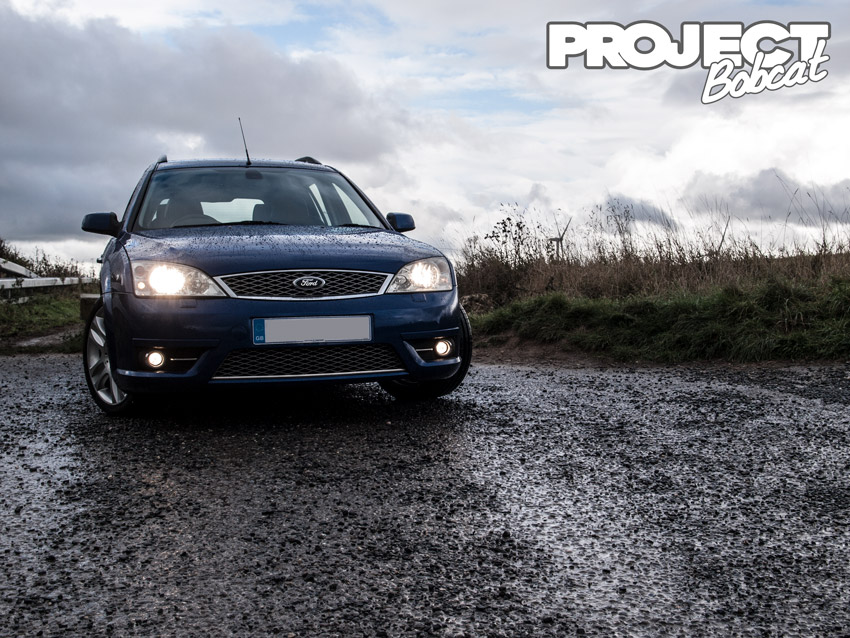 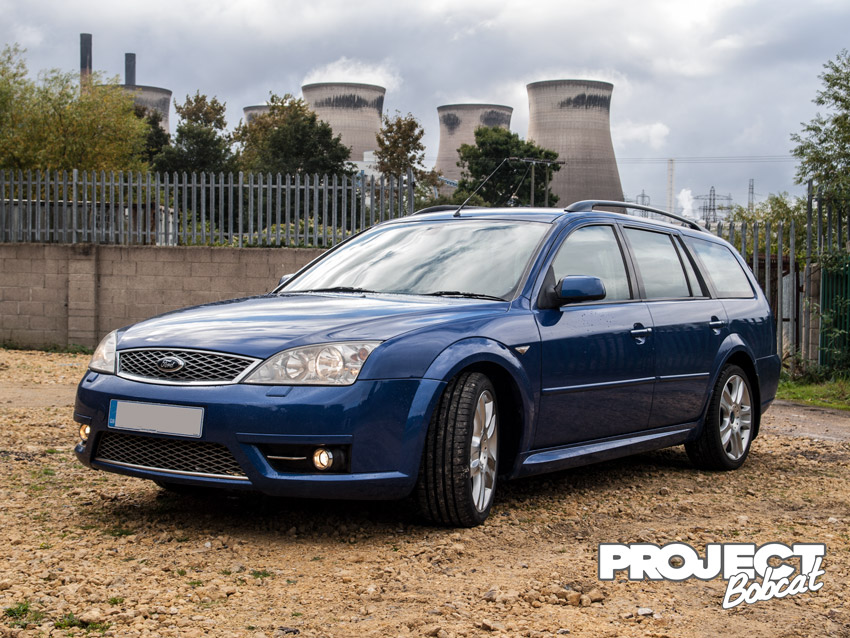 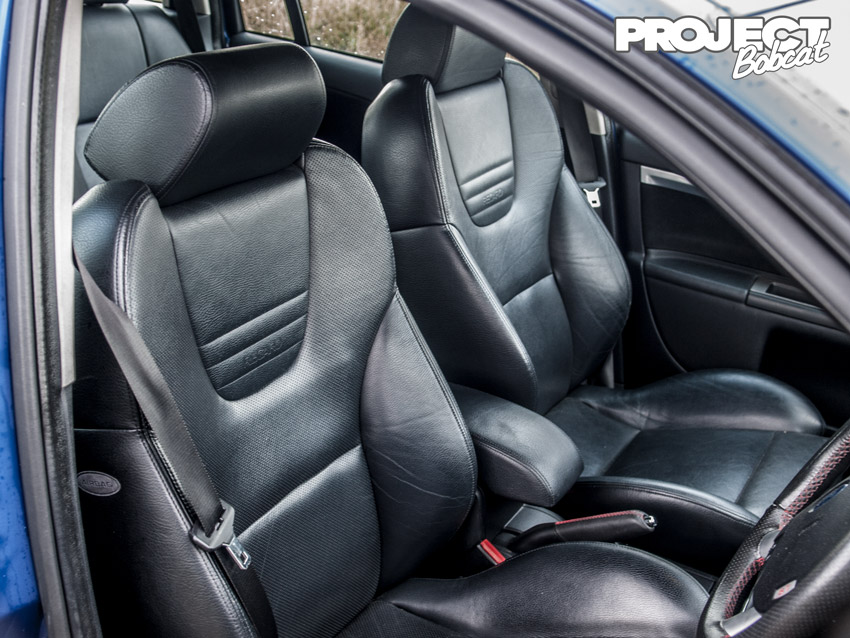 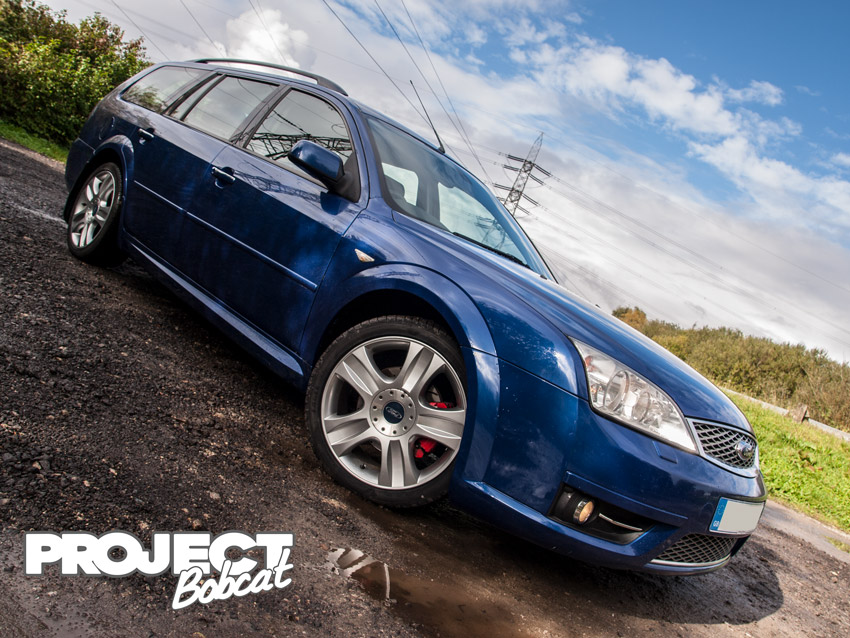 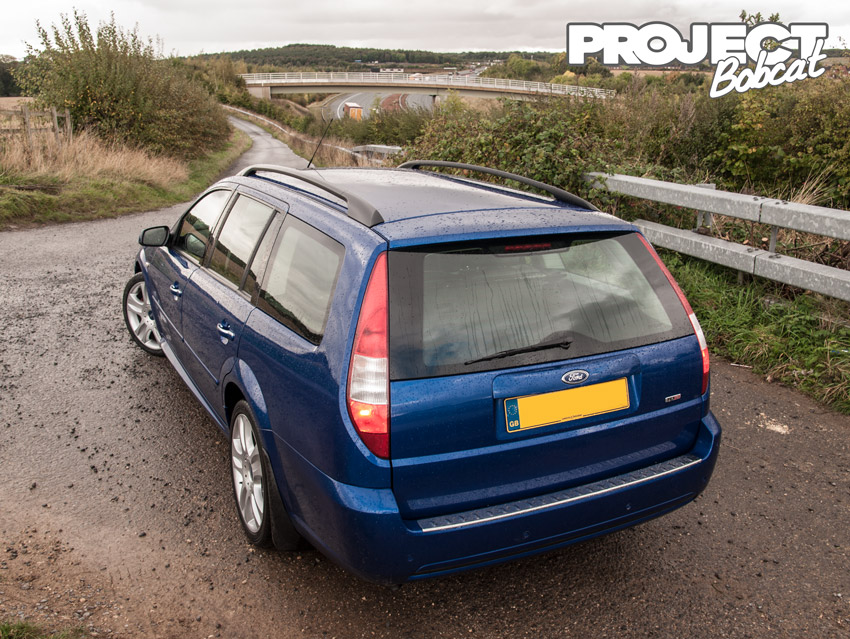 Mondeo in the White Stuff

I had to visit the Yorkshire Dales for work purposes this week so took the Mondeo, there had been a bit of snow which had mostly melted by the estate hadled waht was left with ease. I'm quite pleased with these two pictures, great part of the country to visit. 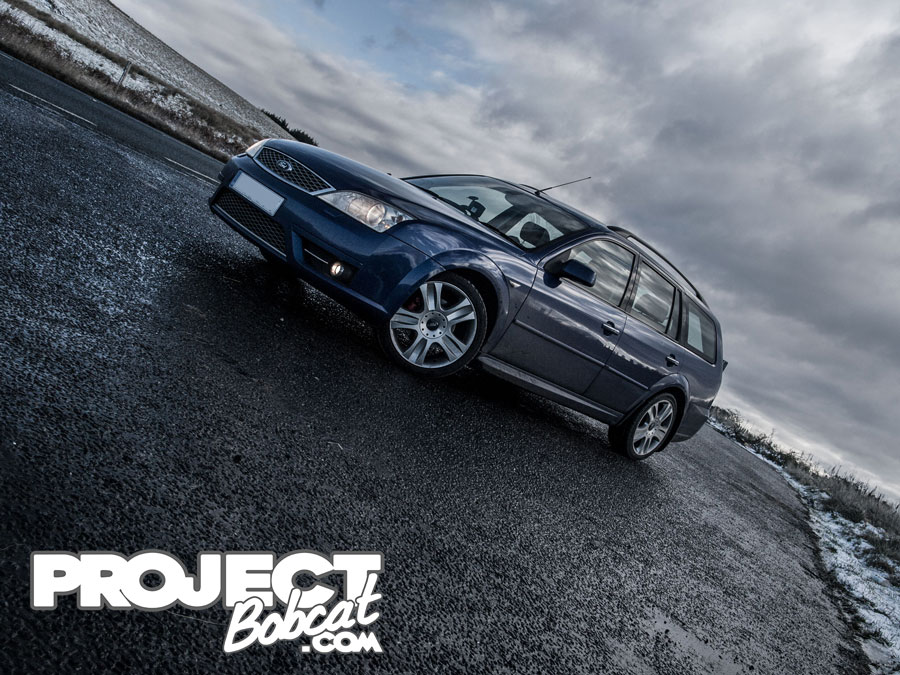 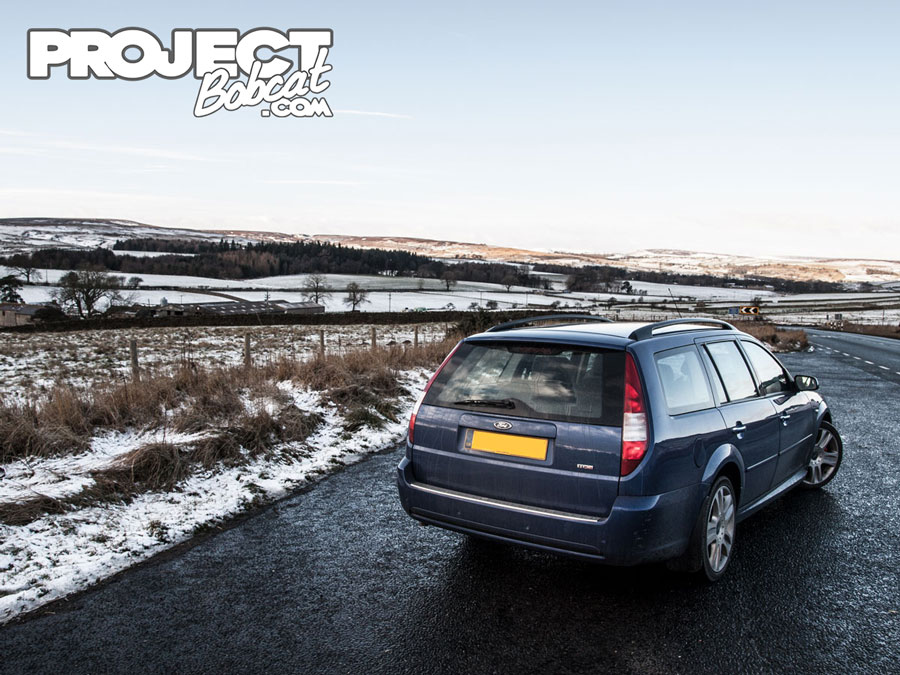