I got the rally designs quickshift kit fitted today. I have to say at this stage I am un-impressed!! Hard to get in gear and hits the exhaust. I may take it of, strip it and re-fit it again.

My gear linkage did the usual and was sloppy so I got Rally designs own quick shift kit. Once fitted its tighten all up nicely, maybe too nice as at the moment its alittle stiff. The more I use it the free-er it gets so once it has afew mile under its belt I 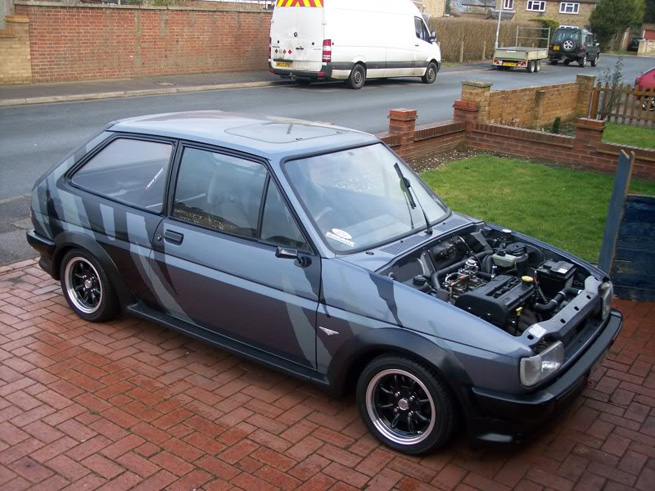 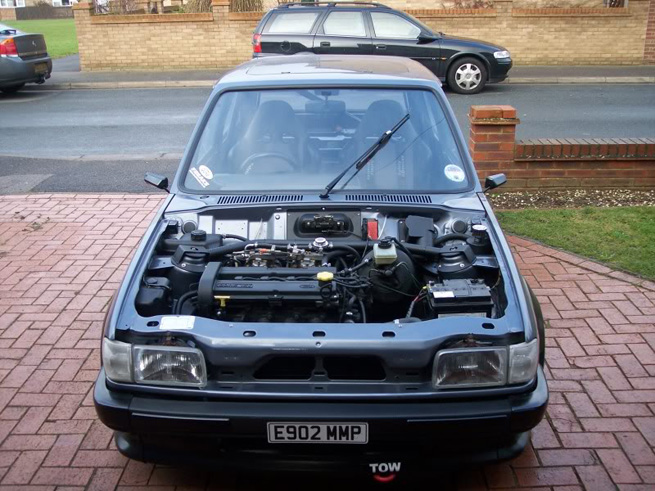 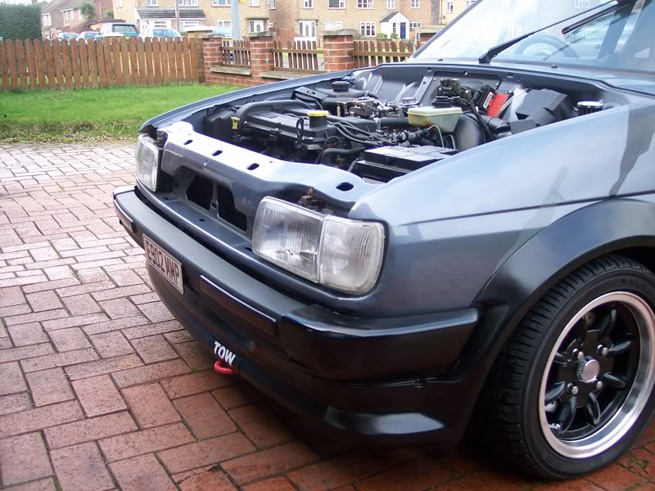 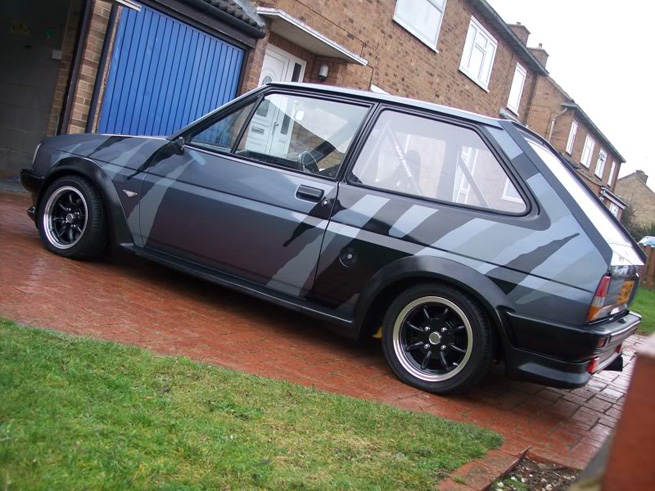 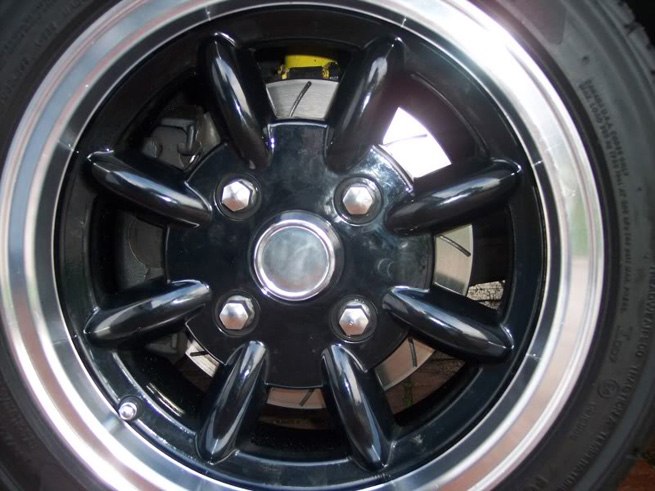 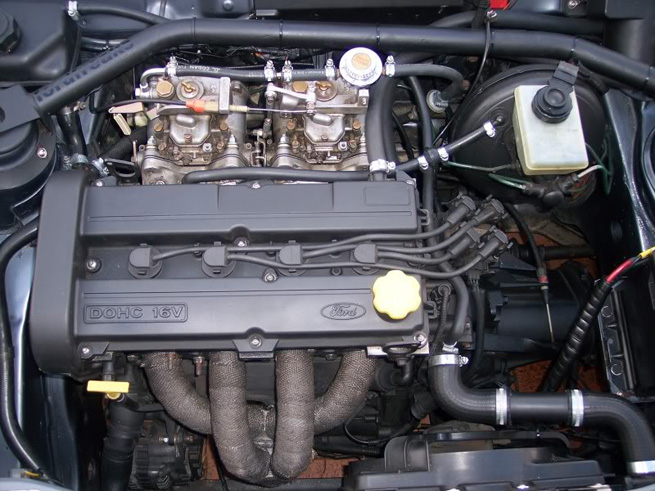 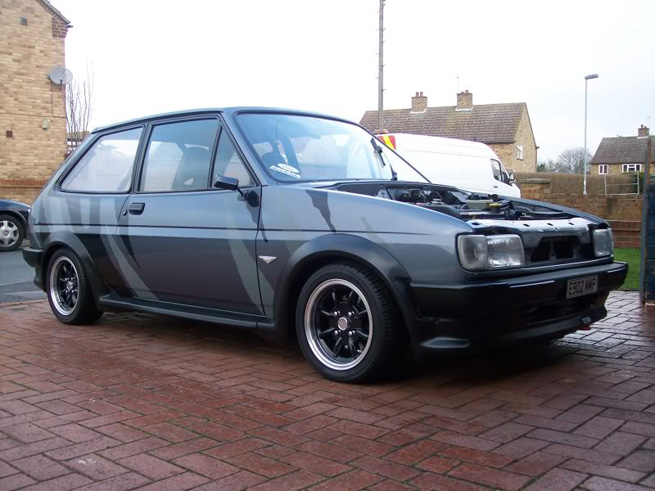 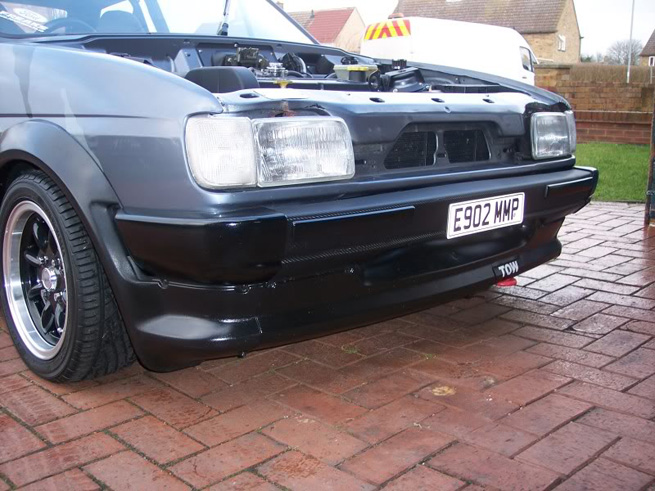 Megajolt all wired up and seems to be functioning. We had afew issues as the Megajolt didn

After trying another laptop and some tweeks we got the megajolt and the laptop talking. Jonny loaded up a map from the site but it then ran on 3 cylinders. A new set of plugs and that was sorted. Next we had idle issues. No matter what we did we couldnt get it to idle below 2000 revs. I whipped of the carbs for closer inspection and jonny noticed the previous owner of the webers had drilled a microscopic hole in each butterfly. He took them home, soldered up the holes, stripped, cleaned and re-biult the carbs in lightning McQueen stylee. I got on the phone to Retro Ford who do a proper inlet gasket instead of the plastic spastic items I've been using with lots of channels for air leaks. Once I got it back together, new throttle cable (BMX brake cable) and up to temp I got it to idle between 800 / 900rpm. Jonny came round armed with the laptop and we went for a spin. Now the jetting on the carbs is way of. Its SO rich it coughs out blooms of black smoke so with the quality discount set up by Zak I got it booked in at Power Engineering next Tuesday for a rolling road tune. I hoping with the carbs jetted properly and the megajolt mapped it will transform the car and release some extra ponies.

I have taken of the Rally Design QS kit as I didnt get on with it. Ive replaced it with an OE item that came of a low mileage Ghia and it feels tight as a nuns nasty. Ive chopped of the towing eye and fitted a TRS towing strap I got last year which has given the front another feature.

I just cant wait to use it! I've missed the fast show and central day at pod so Im itching to get back on the strip.

Ive had an awesome day at Power engineering, the car was down on power only making 131bhp due to issues with the twin 40s. On the plus side it used half as much fuel on the return journey and feels smooth through out the rev range. Thanks to Radders for the epic pics!! 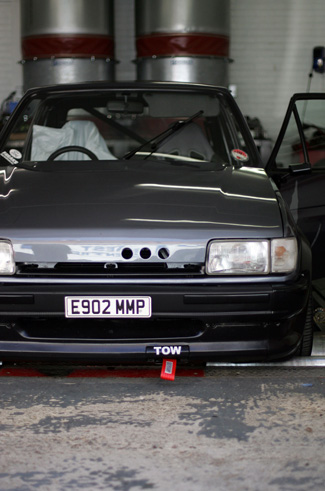 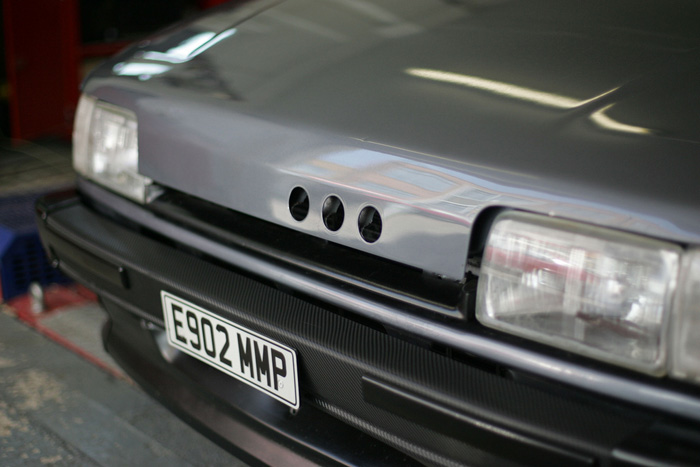 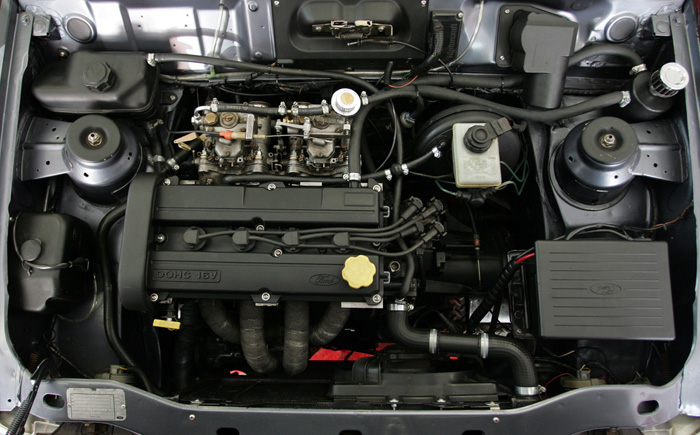 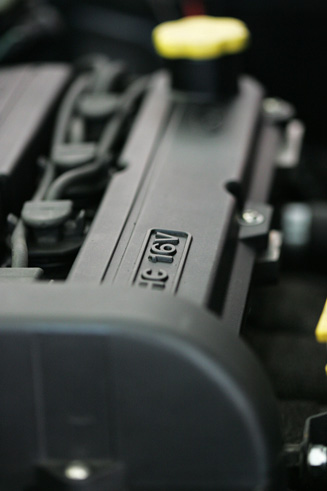 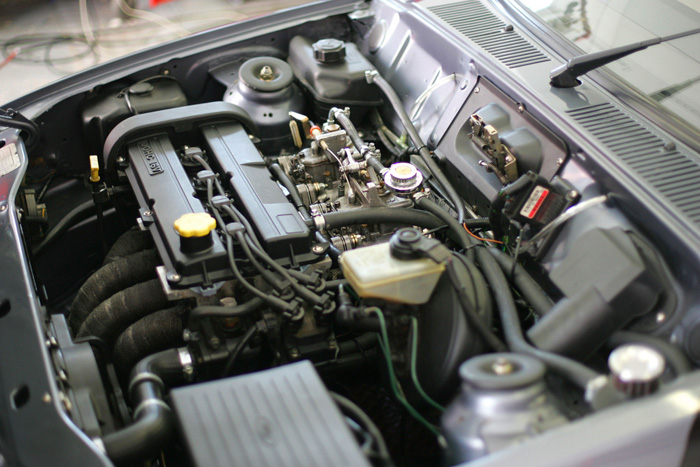 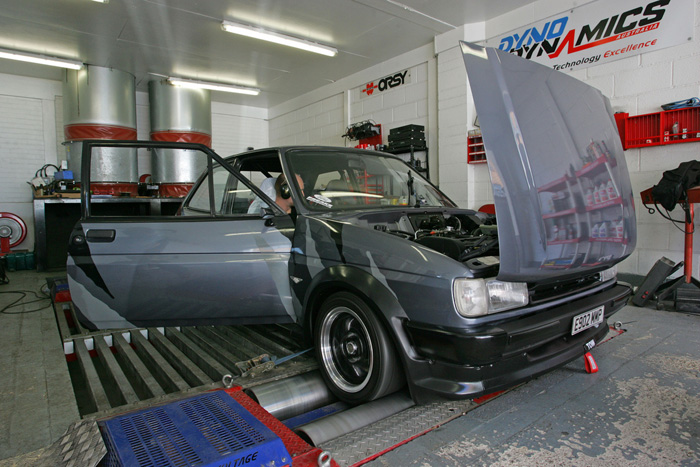 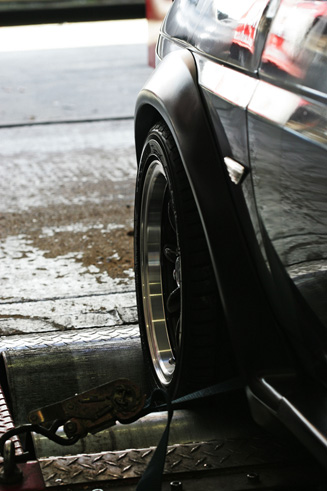 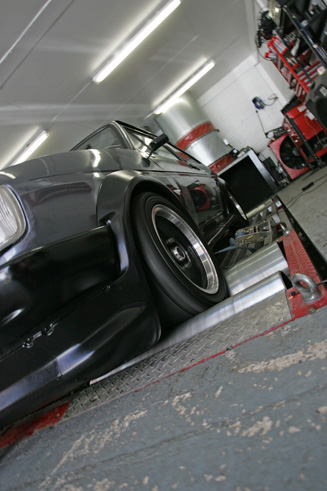 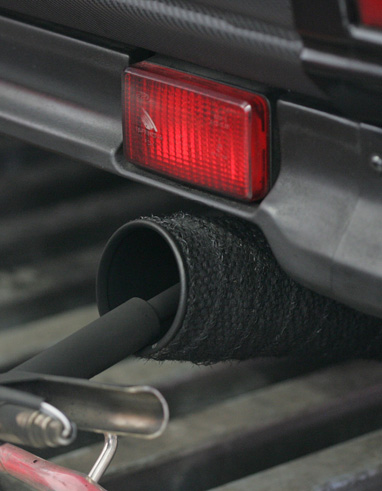 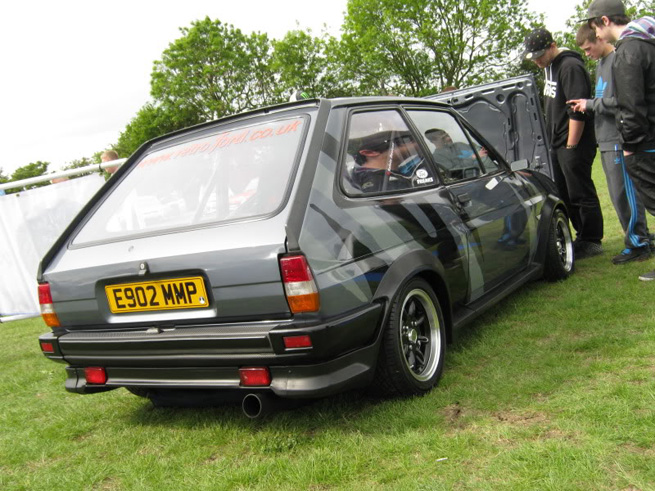 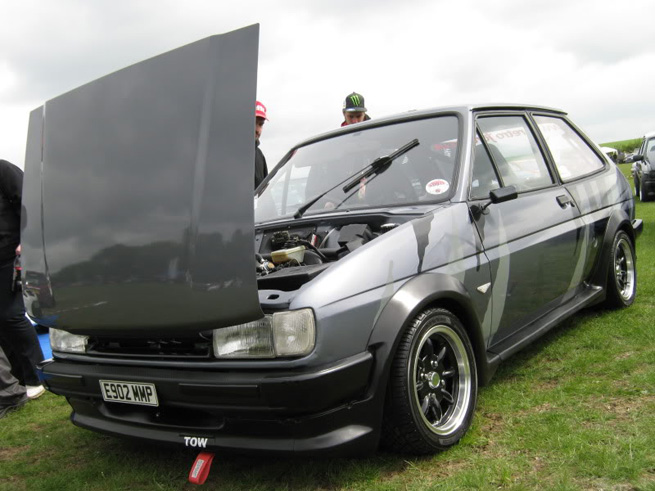 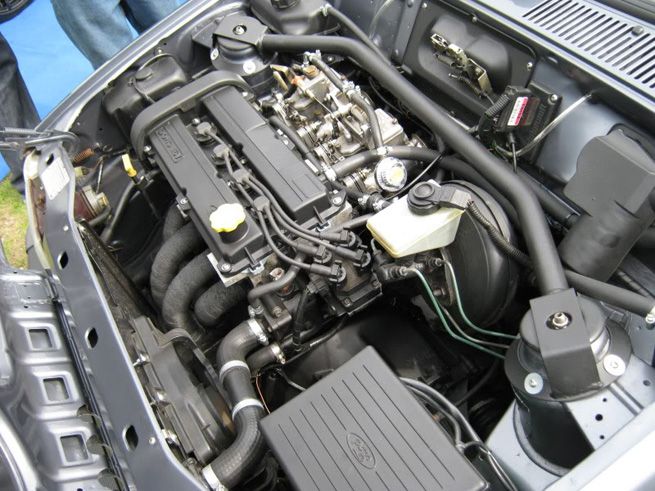 I'm about to change the exhaust. This one has taken a pounding over the years being so low its gathered dents in the pipe work which will only restrict its breathing. I was looking at the challenge system but decided to make up a single box mild steal system, probably side exit. I'm off work at the moment with a bad back so I cant really go laying around under the car pulling tubing about. I want it done for Classic Ford so I got to crack on though.

After my photo shoot with Performance Ford I