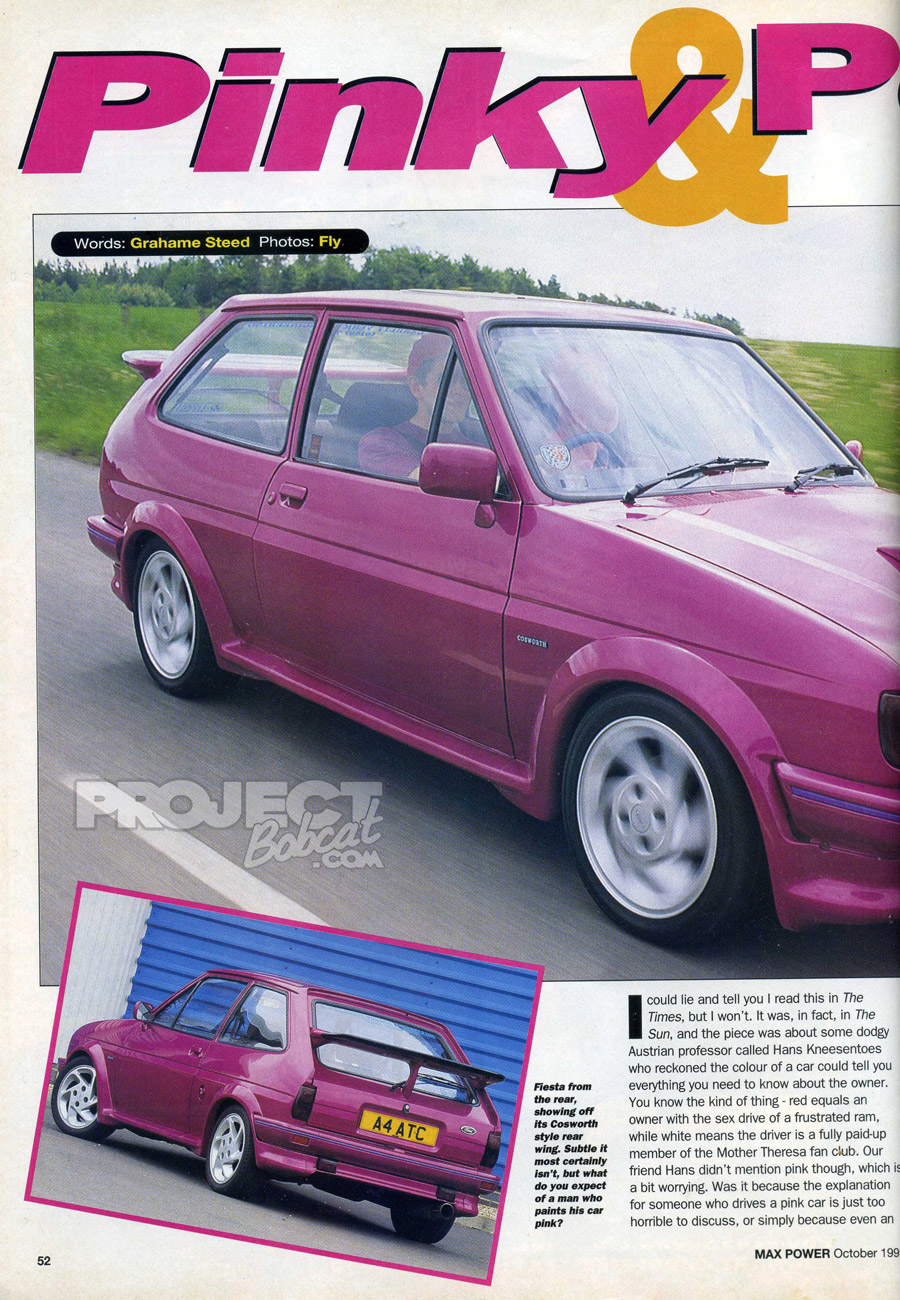 I could lie and tell you I read this in The Times, but I won’t. It was, in fact, in The Sun. and the piece was about some dodgy old Austrian professor called Hans Kneesentoes who reckoned the colour of a car could tell you everything you need to know about the owner.
You know the kind of thing – red equals an owner with the sex drive of a frustrated ram, while white means the driver is a fully paid-up member of the Mother Theresa fan club. Our friend Hans didn’t mention pink though, which is a bit worrying. Was it because the explanation for someone who drives a pink car is just too horrible to discuss, or simply because even an Austrian professor can’t suss why someone would wilfully paint their car that colour?

Whatever the reason, one thing’s absolutely certain – this is one Fiesta you can’t miss. It’s about as subtle as an irate Glaswegian at a Rangers-v-Celtic Cup Final.

The man responsible for this perky pinkness is Simon Charlesworth. And no, he’s not colour-blind. “I wanted something different,” he said by way of explanation. We’ve heard that one before…
Despite its XR2-ish appearance, this Fiesta didn’t start life as an even mildly tepid hatch. It was born an 1100 Popular Plus, and Simon bought it after it had been crash-damaged.

Over a period of months the Fiesta was repaired, and eventually Simon got it back on the road with an XR2 bodykit, suspension and wheels. The gear came from “a dodgy geezer” in south London, who’s apparently since become a guest of Her Majesty. And that doesn’t mean you’ll meet him on a guided tour of Buckingham Palace…

At the same time, Simon treated the Fiesta to its first re-spray. It was meant to be finished in Ford Rosso Red, but instead a Ferrari-spec paint was used. So for £2000, including the cost of the car, Simon had a smart, but slow, means of transport. It couldn’t stay that way for long, and sure enough, it didn’t.