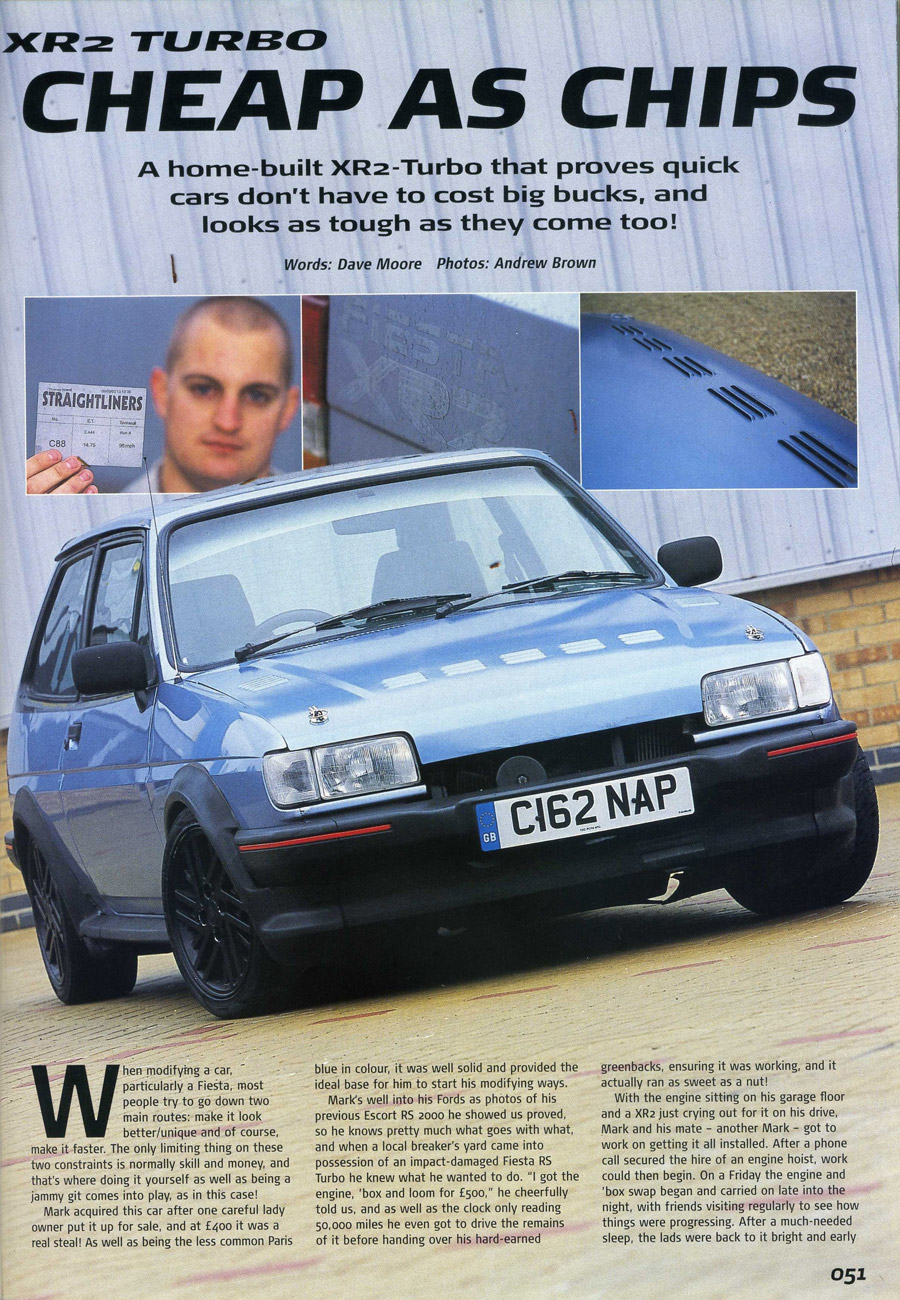 A home-built XR2-Turbo that proves quick cars don't have to cost big bucks, and looks as tought as they come too!