I’ve been around the Fiesta scene for quite a few years now, and I have to admit, it takes something pretty different to catch my attention these days. I’ve seen fashions come and go, stripes, Cossie bumpers, Morette style quad lights, the list goes on. Over the years most of us have had a go at putting our own individual statement on our Fiestas. This got me to thinking, what is the most extreme modification that I’ve seen done to Ford’s retro hatchback. I thought it might be interesting to put together some of the more unusual body mods that people have carried out over the years. It’s going to be difficult to narrow down so I’m going to make things easier by kicking off with my list of Mk1s.

I'm sure that sticking a lightweight Fiesta body onto an off-road chassis is something that's crossed the minds of some readers. Little Foot has been around for a fair few years now, and went a step further with the rear being converted into a pickup bed. I took this picture at Fiesta in the Park 2004. 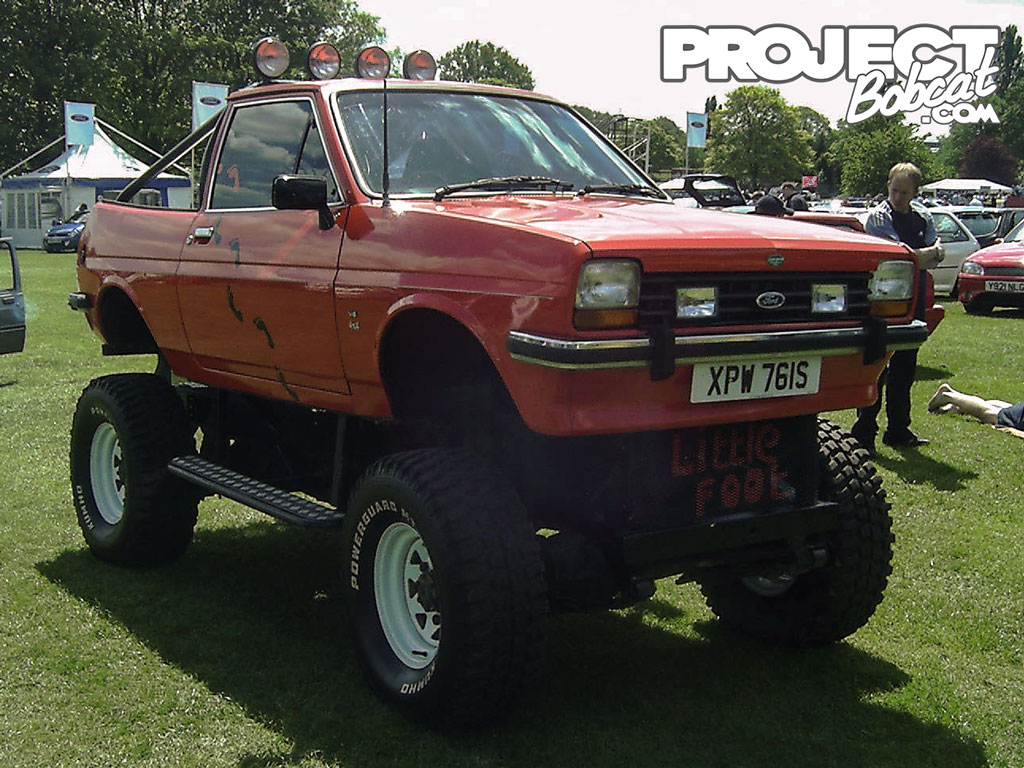 Image of this car have been kicking around on forums for what seems like an eternity. What would be better than a stretch Hummer? A Mk1 Fiesta based limo of course, and yes it's absolutely real. It turned up on ebay some years back, proudly displaying its Q plate, which put rumours of its legality to bed. 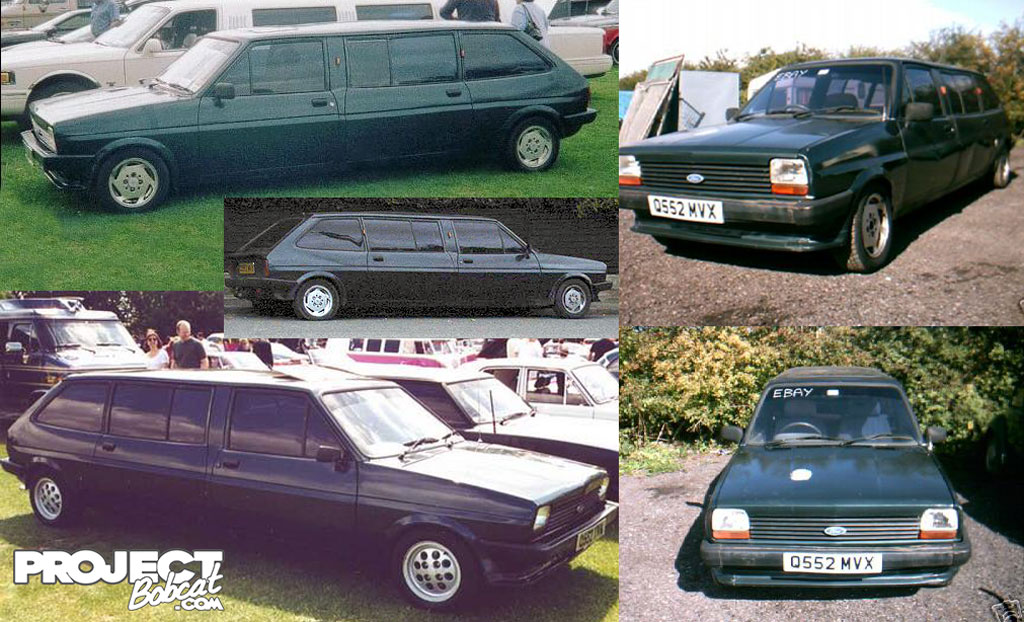 A recent car, this superbly built pickup is probably my favourite utility conversion, the extended wheelbase gives it better proportions, and the attention to detail rightly gained this car a lot of attention.

Hang on, didnt we just have a pickup? I thought this conversion was also worthy of a mention, set apart by it's gullwing doors and lowered roofline. This list is extreme Fiestas, I didnt mention anything about it being a list of sensible ideas. Here we have the Fiesta trike, presumably for those who dont hold a full car driving license. There doesnt appear to be a whole lot of Mk1 Fiesta left, and it reminds me of an old fashioned invalid carriage. 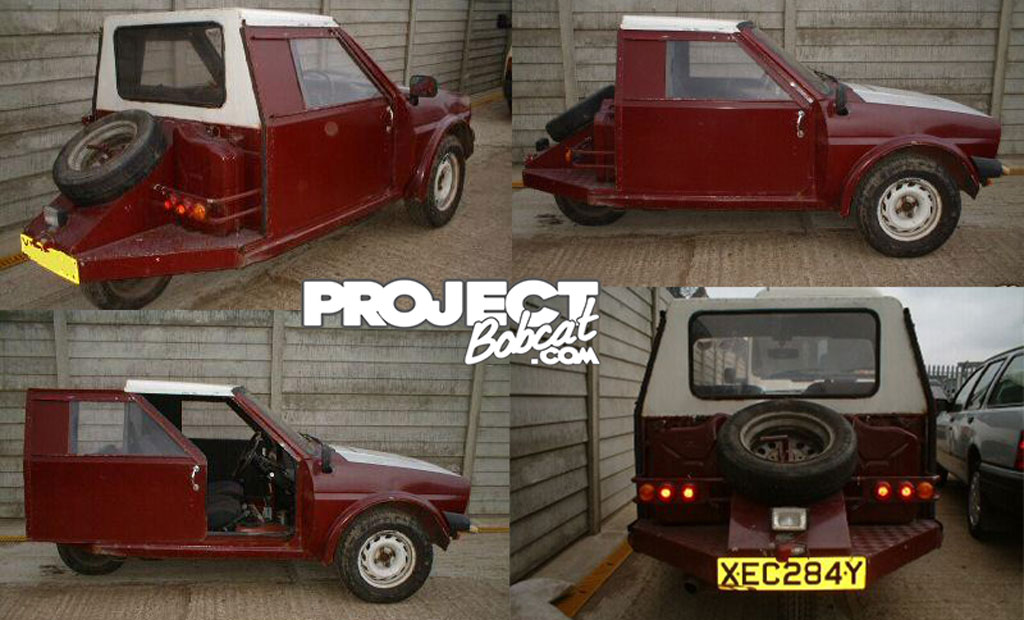 Perhaps not the most unusual of the list, but this group 5 kitted Mk1 is one of the best looking. Fitted with a 1148cc BDA engine producing 150bhp, this Group 5 Ford has the power to back up it's looks.

What happens when you weld the front end of two Fiestas together? You end up with this, and no, I dont know why? Stunt car, driving aid, insanity, who knows?

This late 70's Fiesta was fitted with round rear quarter windows, running board style side exit exhausts, a huge bonnet bulge, and given a low fronted drag stance. It's colour scheme represents the 70's perfectly, and the car was magazine featured. 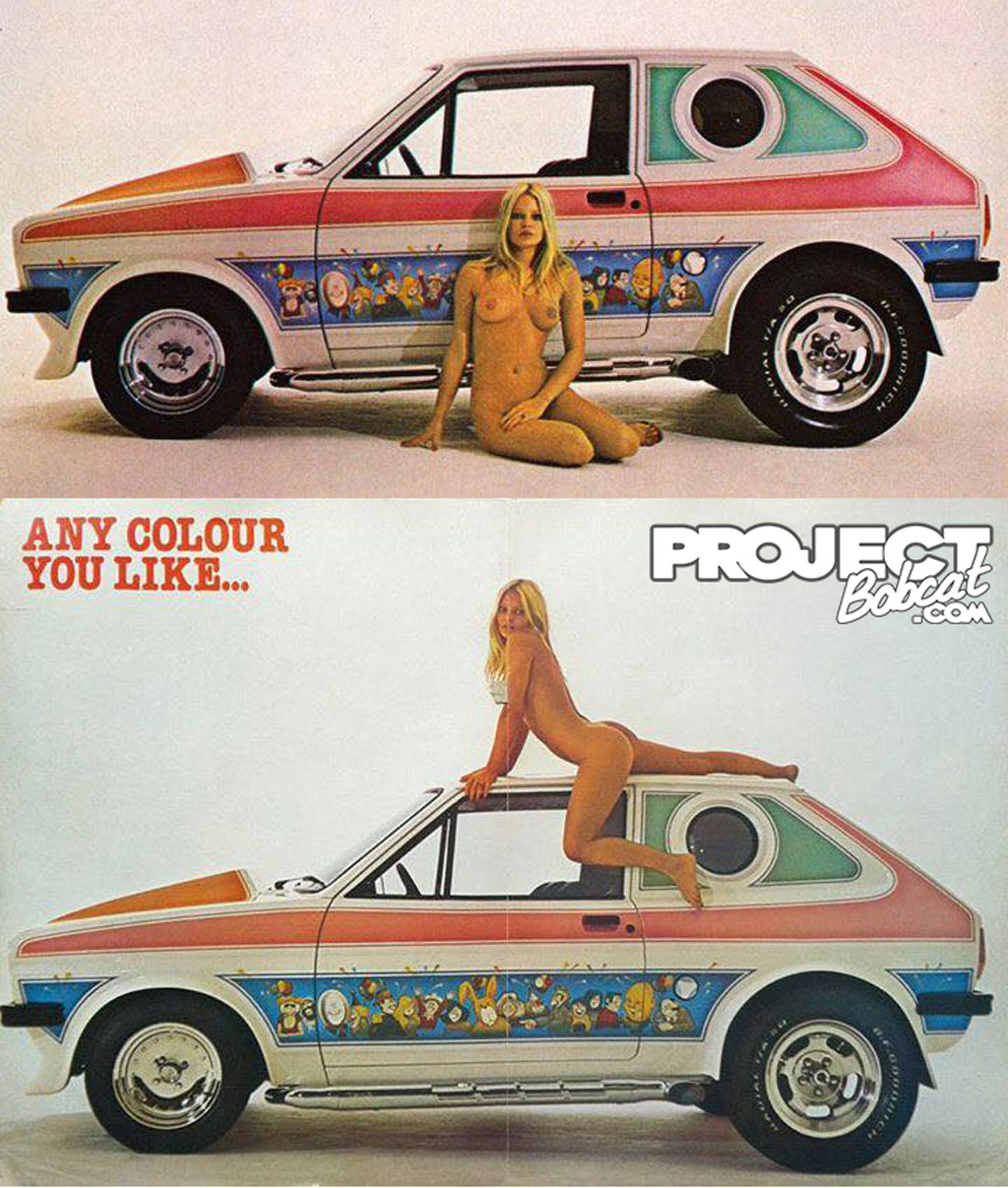 It's a body mod so it makes the list, one of the better trailer conversions that I've seen. The wood panelling and rail style roof rack on the top does say 'hearse' a little bit though. Maybe that suitcase contains a dead family pet. We've already had a raised Mk1 on a 4x4 chassis as well, but 10 crazy body mods sounds much better than 9, here is 'OWL', a frequent ebay listing a few years back. 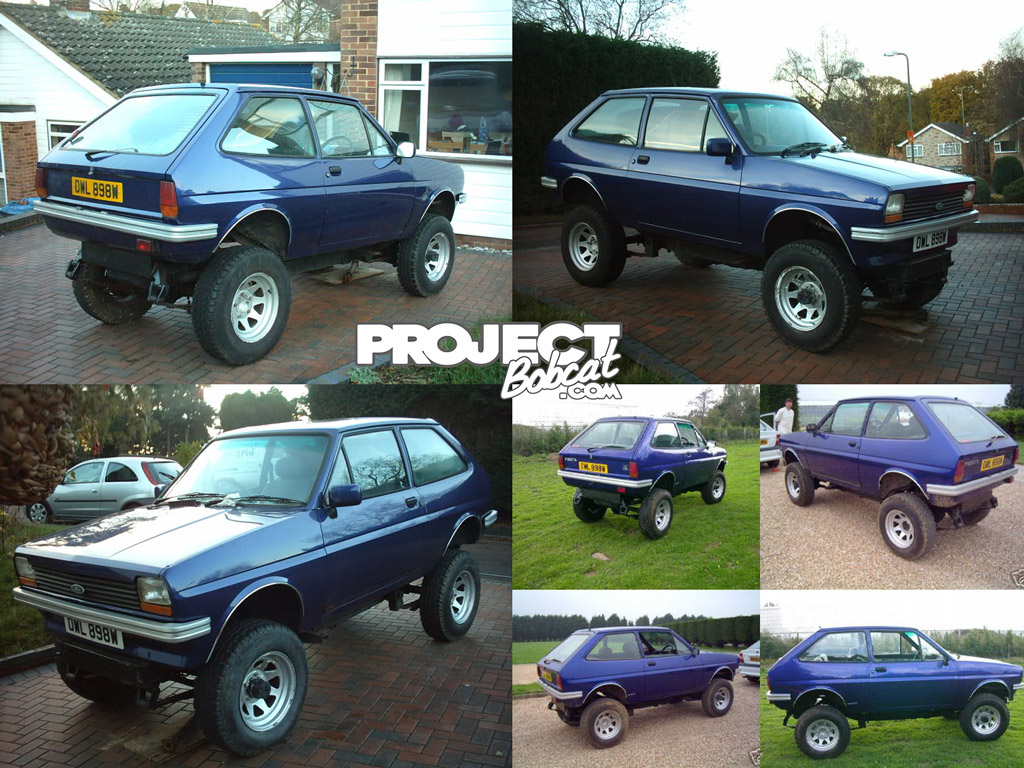