In the summer of 1983 the F. English Co. was having major rethink and reorganisation, regarding continuing with the Fly conversions. The MK2 Fiesta had been announced, and the licence from Crayford was now in the ownership of F. English, and they were looking to sell this in Europe.

F. English built 4 or 5 MK2 Fiesta Fly cars and they were actively looking for a European company to take over production. One such company has come to light, MAKO - Automobile of Hilden Germany. The Mako company were well known for making special Ford modified cars like the Capri and others. Below are pictured several Capris and the distinctive Mako logo.

This sales leaflet sheds some light on Mako's intentions. It shows a left hand drive MK1 XR2 with the Mako Shark motif in the left hand rear panel. The designation Sonnie 1.3 Ghia in the promotional images is a bit of a misnomer, as it is clearly a 1.6 MK1 XR2. The whereabouts of this car are not known. 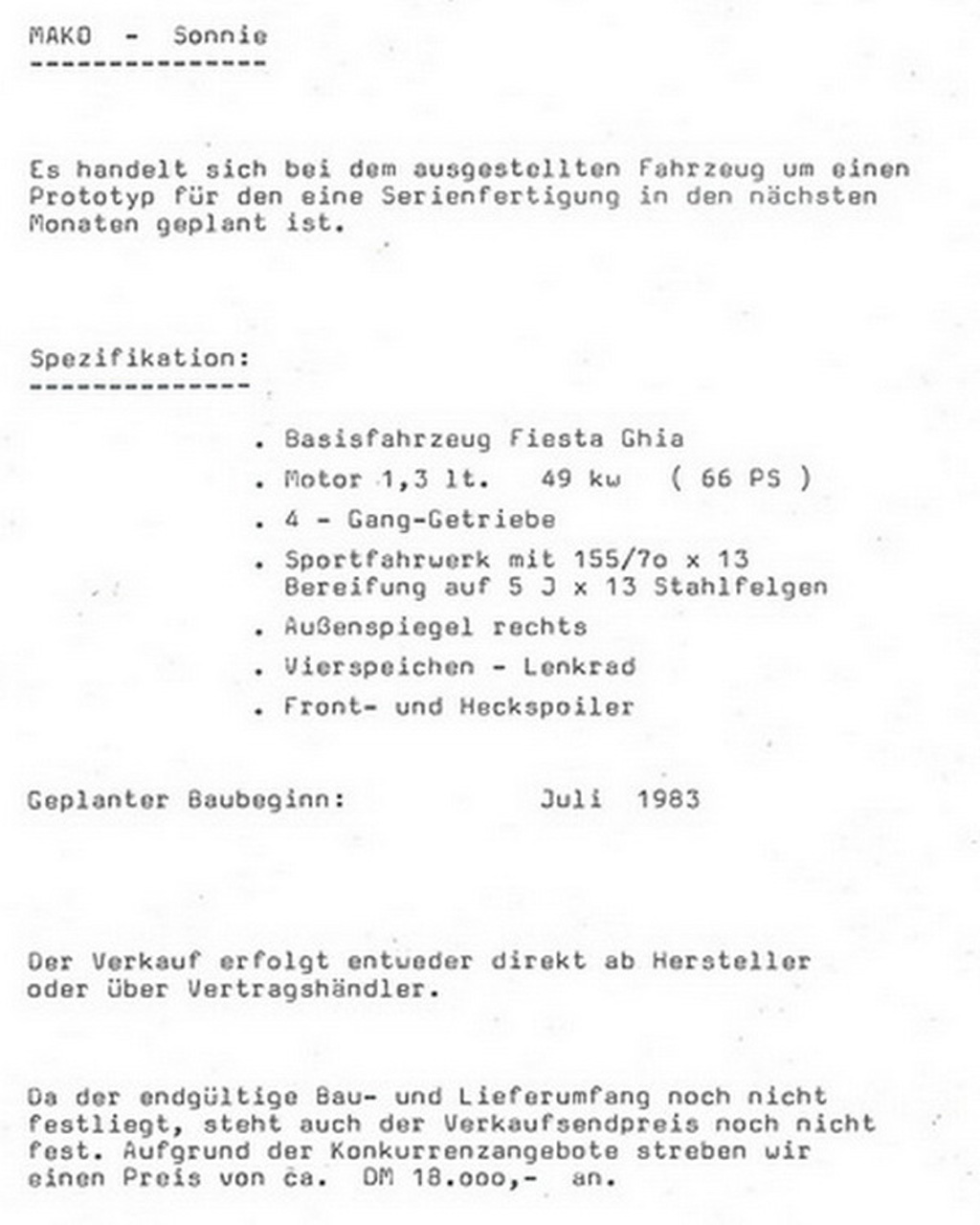 The leaflet translates as follows, special thanks to Jan- Bart Broetjes of Track Record for providing the translation:

Mako Sonnie - The displayed vehicle is a prototype, series production of which is planned in the next months

Planned start of production: July 1983. Sales will be either direct from the manufacturer or through dealers. Since the final number of cars to be built and delivered has not yet been determined, the sales price has not been finalized. On the basis of competitors’ offers we are striving for a price in the region of 18.000 Deutschmarks 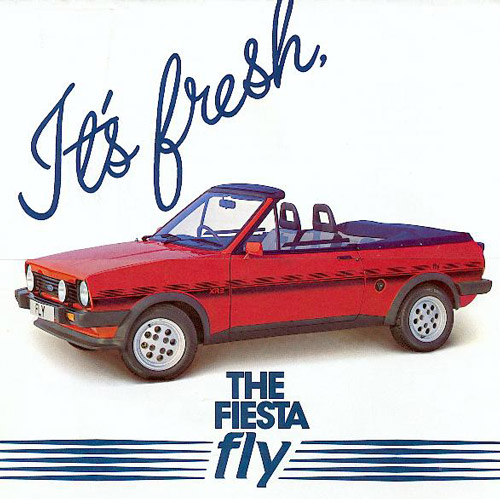