The Fiesta Mk2 used as a working vehicle

The Ford Fiestas small size, good fuel consumption and low cost made it a popular choice as a business vehicle throughout the 1980's and early 90's. Some of the more recognisable services and companies that used the Fiesta are shown below. It seems that virtually none of these vehicles still exist, a common problem with cars and vans that work hard for their living.

The Mk2 Fiesta provided a low cost alternative to the larger Escort as a 'working' vehicle where space wasnt as much of a concern. Both the car and van derivatives were purchased by well known organisations such as British Gas, British Airways, Royal Mail and the Police Force.

Images used with the kind permission of Mike Street (midest.org.uk).

Whilst no known examples of the Fiesta Royal Mail fleet survived, photographs of early Mk2 Fiesta L and popular spec models in use by the postal service have been preserved. The cars featured a royal mail graphic on each rear quarter panel and were finished in the traditional corporate red. A product development brochure released by Ford in 1987 showed a large fleet of Ford Fiestas for the Royal Mail, in addition a Mk2 van in Wales and 2 L spec cars used by DHP Newcastle and Coventry are shown below. The Morpeth L spec model has been further customised with colour coded side trims, grill, mirror backs and bumpers, as well as a yellow fuel filler cap. These modifications could have been carried out at the factory on the request of the client. 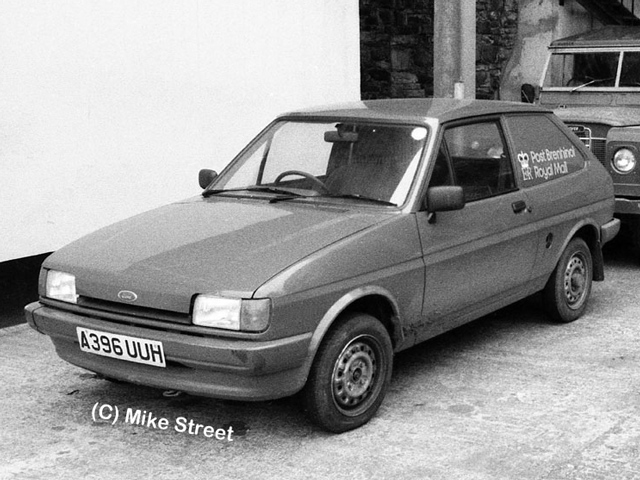 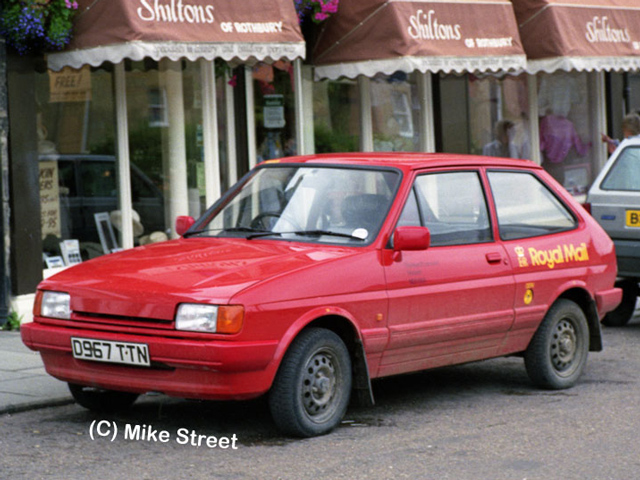 Image used with kind of permission of S Saunders ©

British gas used the Mk2 as a small utility vehicle, most likely as a meter reading van. Below is a photograph of an example van, believed to have been taken in Edinburgh around 1992. A fleet of Mk2 Fiesta's were in operation at London Heathrow during the 1980's, in the picture below a early 1.1L model has just made it into the picture. Image used with the kind permission of Brian Regan

Another Mk2 can be seen in the foreground of this picture, equipped with a orange safety light on its roof 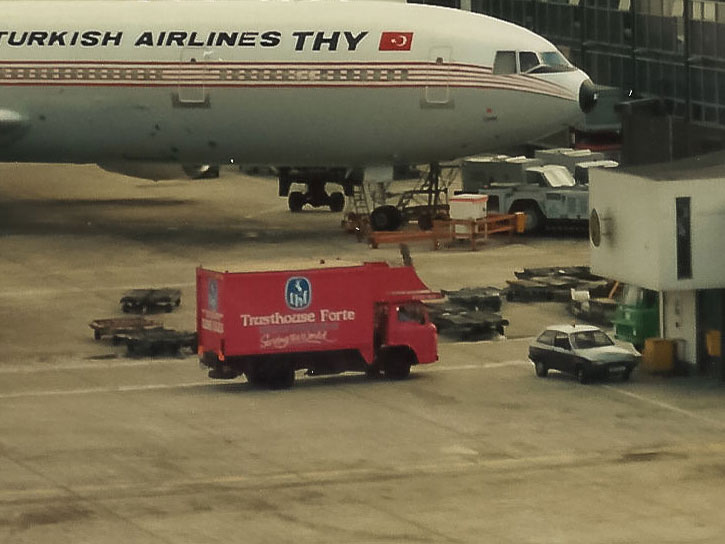 A further 2 cars can be seen in this image with concorde from circa 1984. Image used with kind permission of Ian Halsey 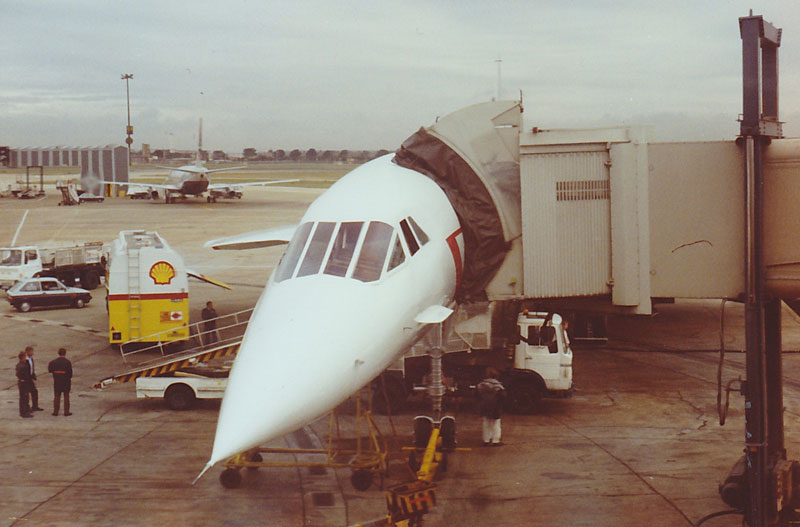 Both the Devon and Cornwall and Cleveland Constabulary are known to have used the Mk2 as a panda car, the 1986 957cc Cleveland car is believed to have been pictured at a Hartlepool transport show in 1987. It is reputed that the Fiesta wasn't even fitted with a siren so officers would have to make heavy use of the horn to alert drivers to their presence. 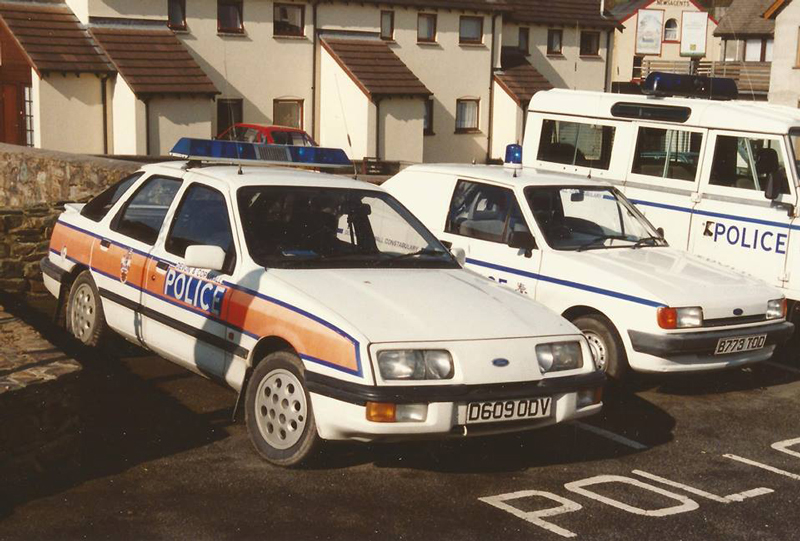 The photo below is a still from the 1986 film 'Clockwise', it is not know if this 1984 Popular (identifiable by its lack of rubber side moulding and interior headrests) was once an operational police vehicle or purely a car dressed up for TV purposes. 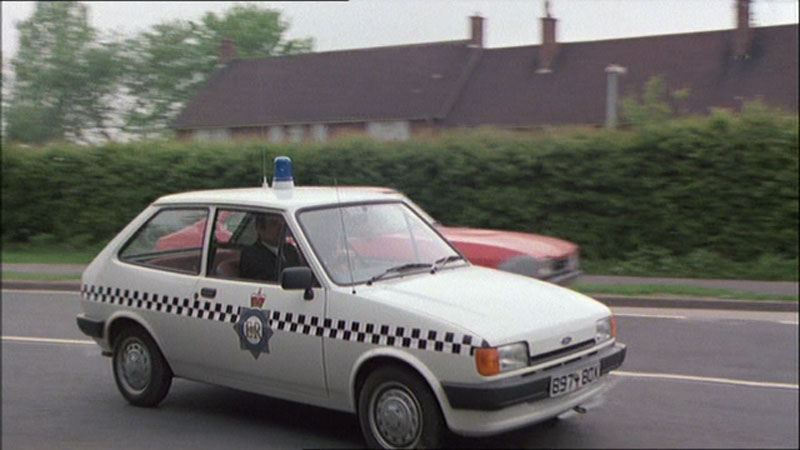 This Mk2 fiesta police van below was featured in the background of a shot from ITV's popular series, 'Londons Burning' and is presumed to be an operational vehicle. 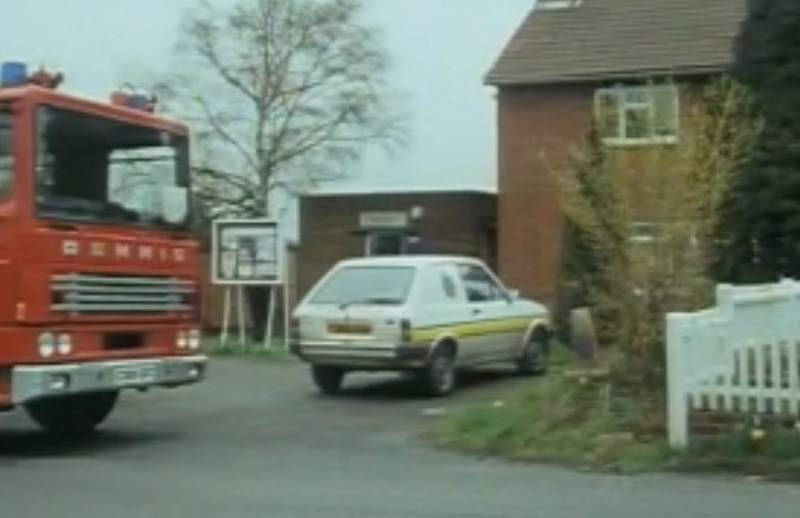 The U.K.A.E.A (UK Atomic Energy Authority) constabulary was formed in 1955 and protected UK nuclear facilities up until 2005 when they became the Civil Nuclear Constabulary. The U.K.A.E.A constabulary used the Mk2 Fiesta as a Patrol Vehicle. This particular 1983 1117cc Ocean Blue Fiesta Popular Plus, registration A692MCK, was restored and displayed at the Essex MOD museum until its closure. The car is now in the hands of a private collector. 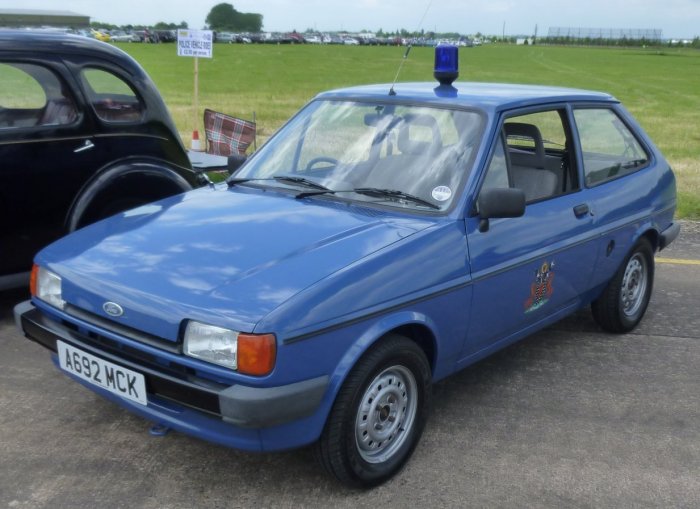