The vehicle information for this Fiesta was kindly contributed by James Ross & David Matthews. 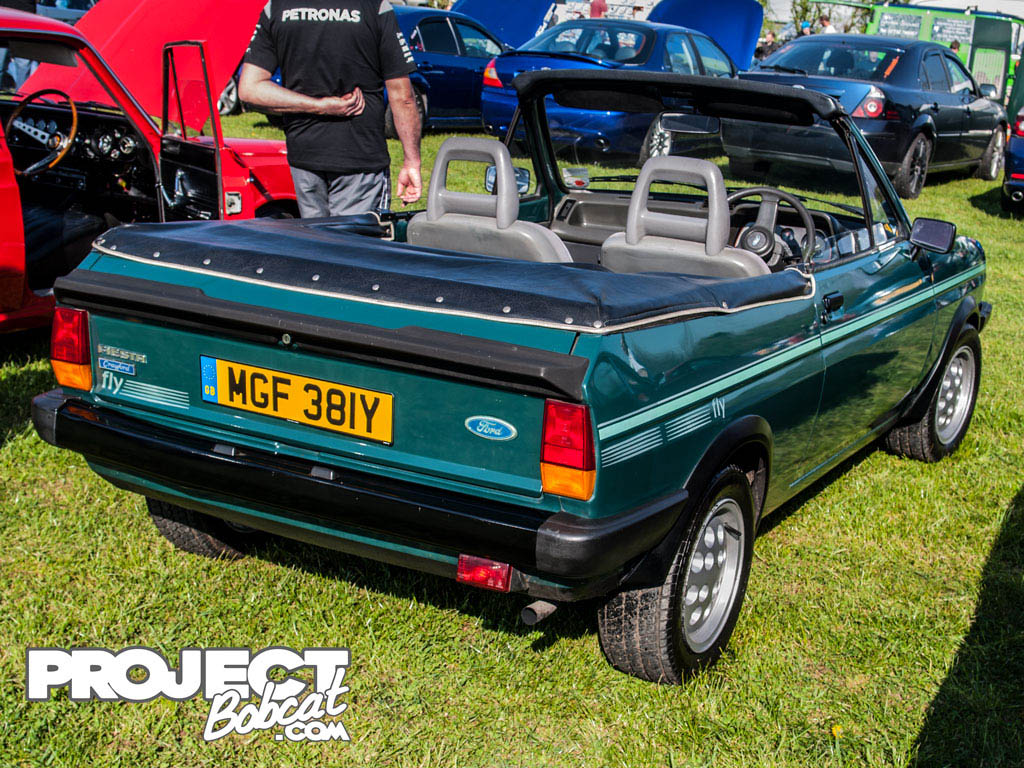 Believed to be 2nd Fly built by F. English 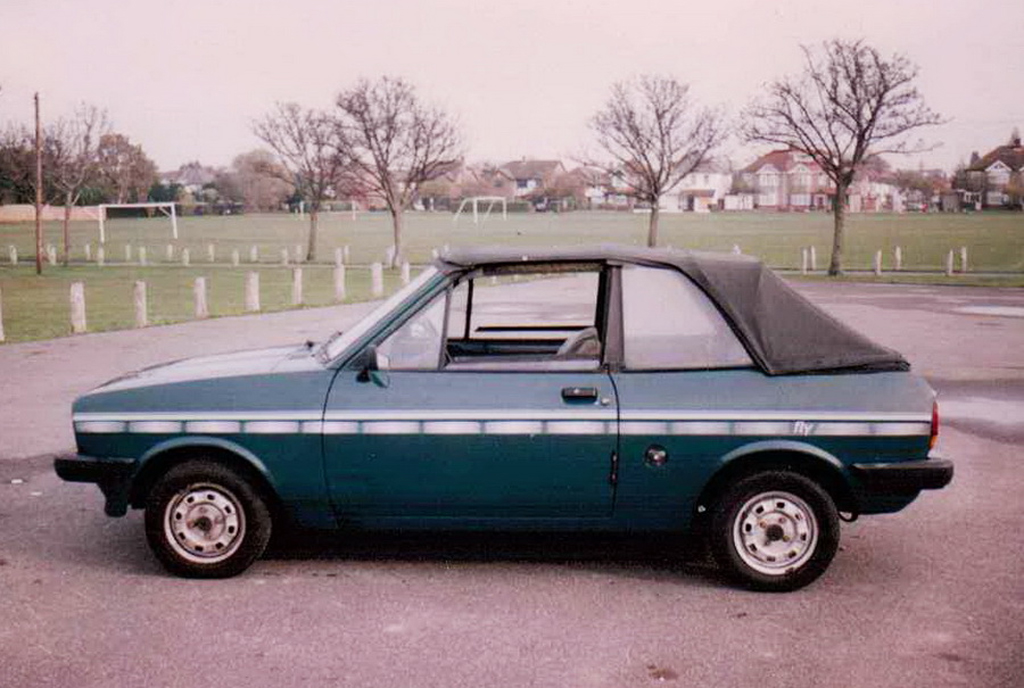 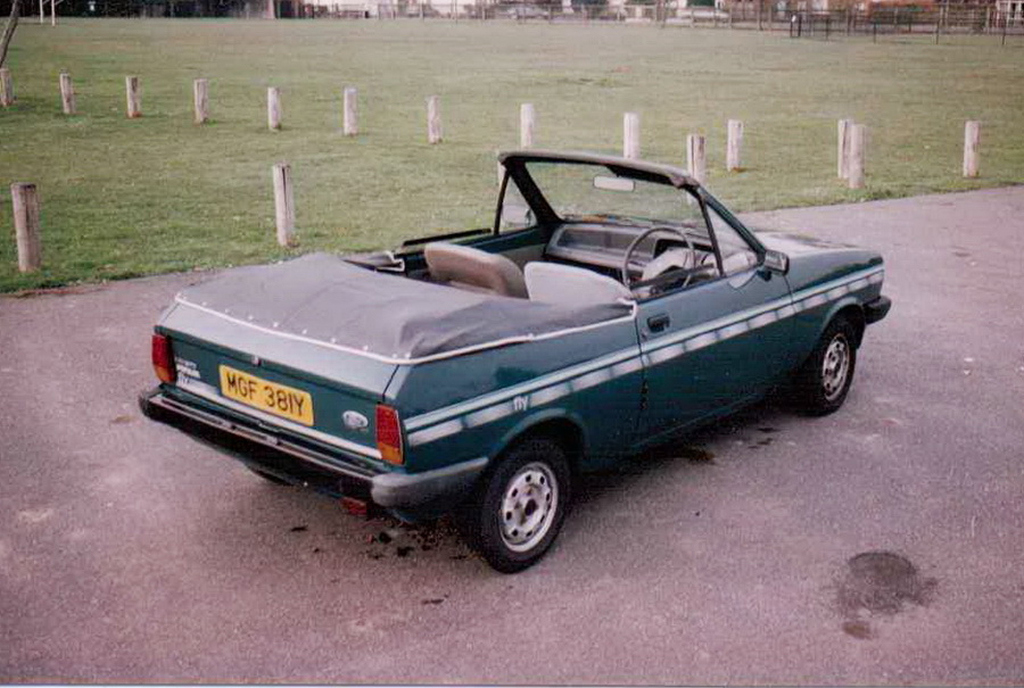 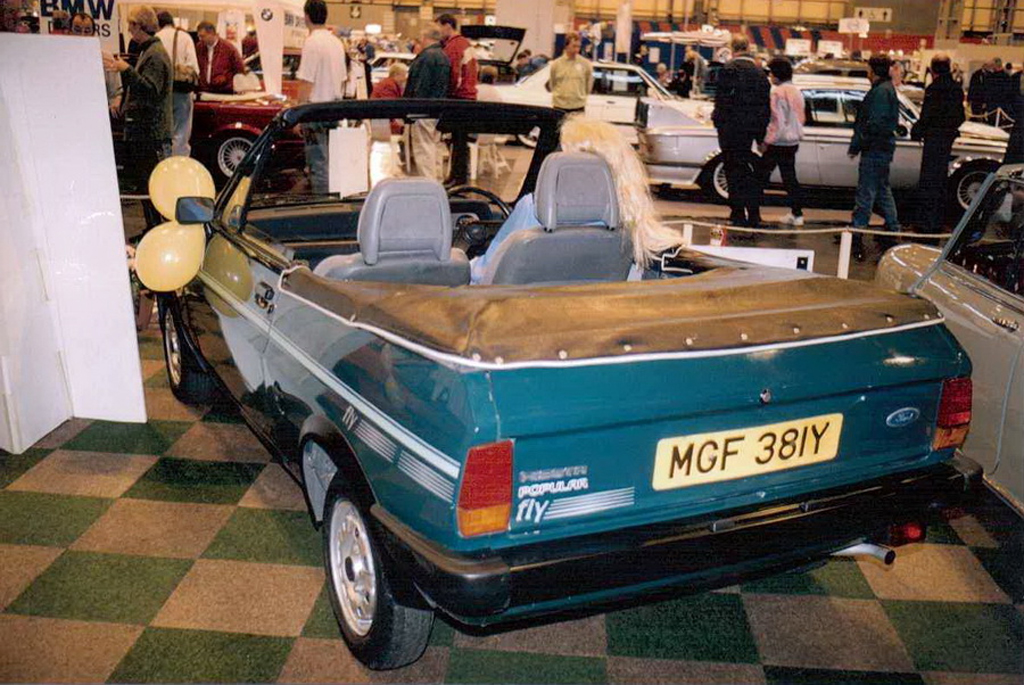 Some additional photos showing both sides of the car and the white Chevrons in an earlier part of the cars' life. Later at the T.C.C.C.C. STAND ON THE NEC Show , the car can be seen looking very resplendent - other than the two white chevron sections which have been reduced on each side" The car has undergone lots of period additions all correct and is a very unusual and rare colour.

This 950 popular car is reputed to be the second F. English built Fly (Classic Ford 1998) If so it has a large number of upgrades including a part XR2 chevron Flash to the side and rear, fitted mid 1983 as standard on the XR2 conversions in Silver, Red or Black. A very unusual colour but striking example. See the F. English history section for early Cars. 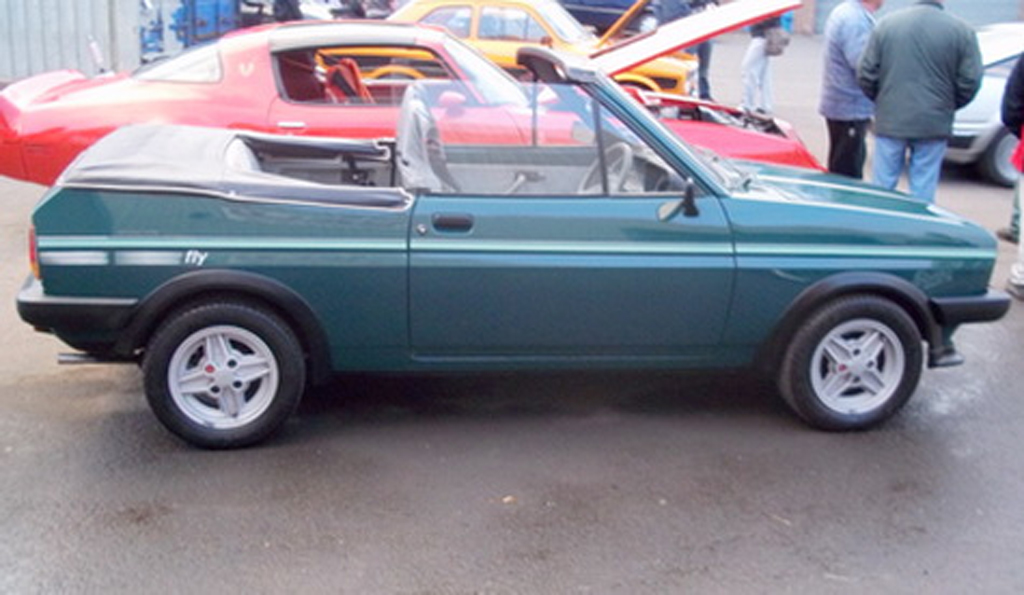 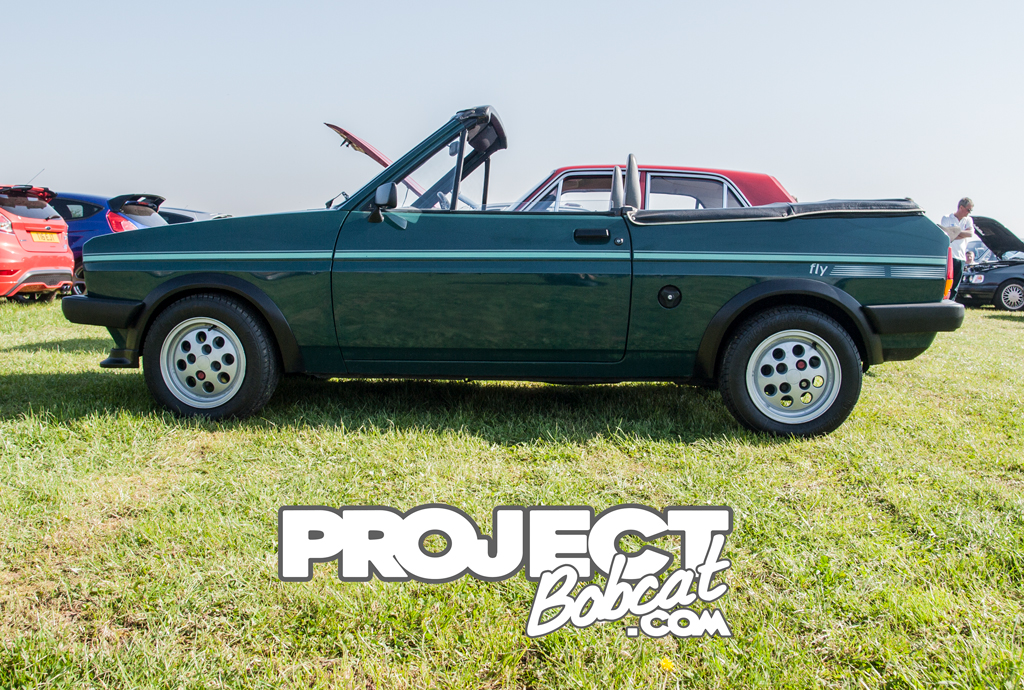 Car photographed on the 9th of April 2017 at Squires Cafe Ford Meet, Sherburn in Elmet, Yorkshire 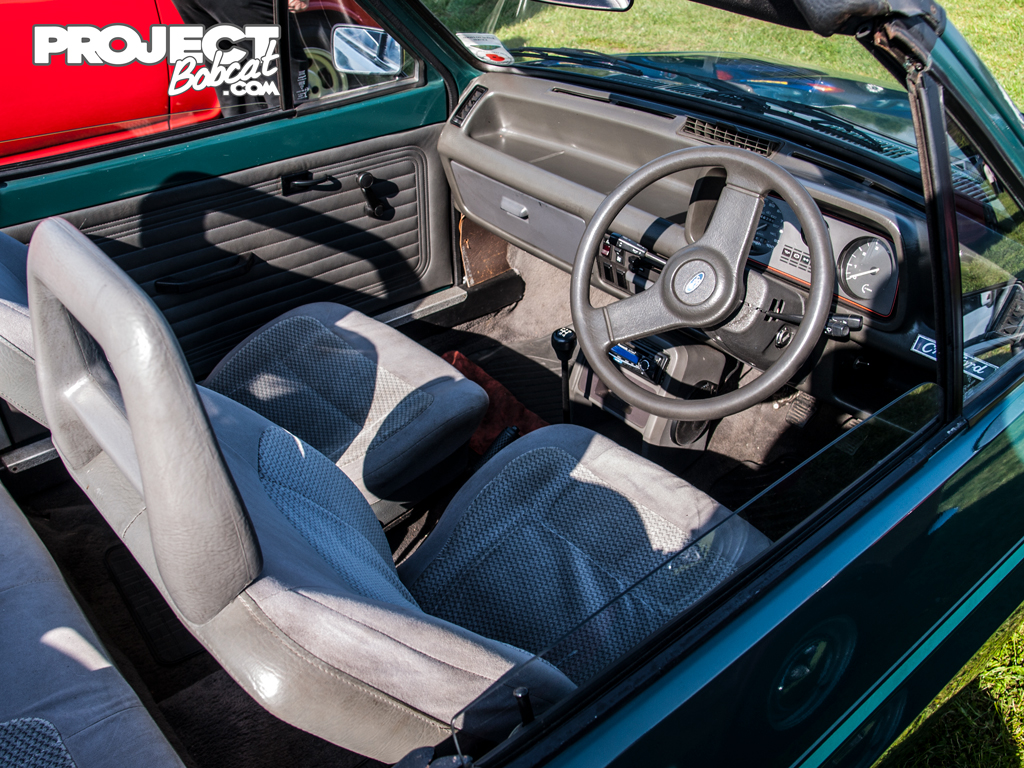 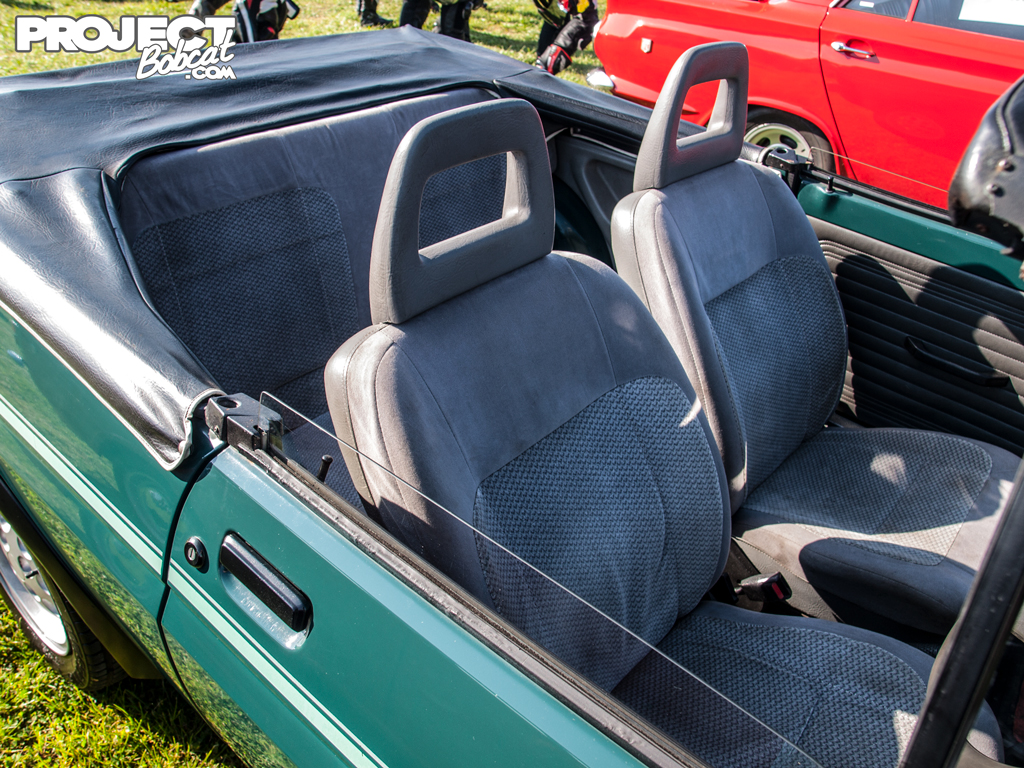 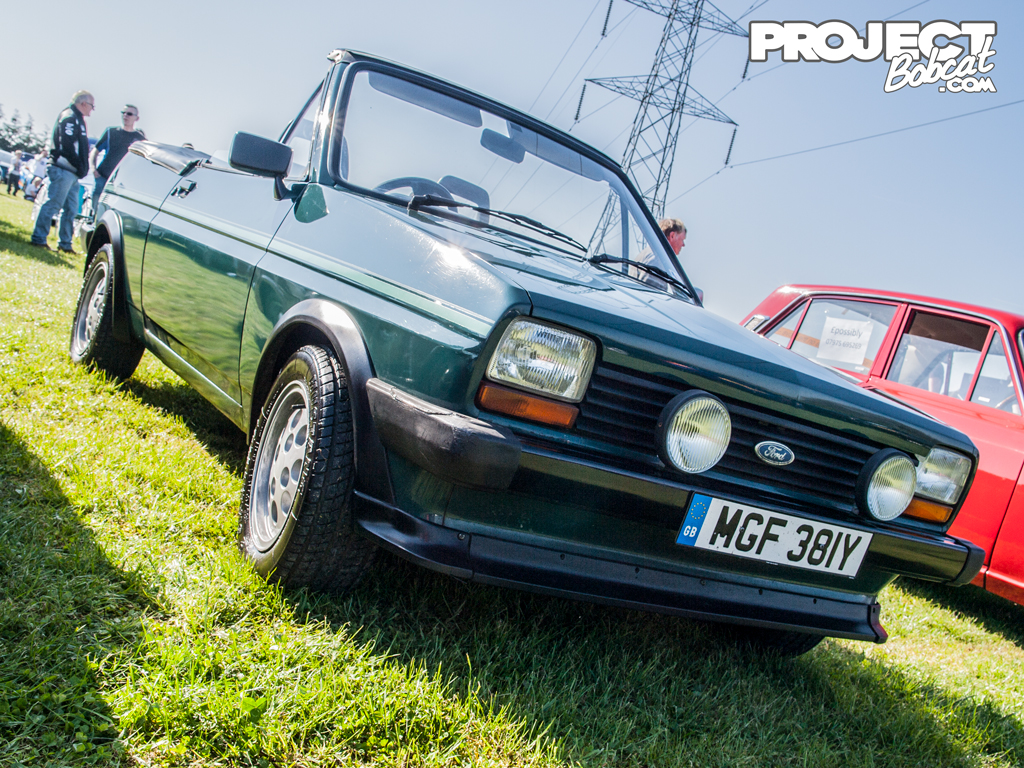 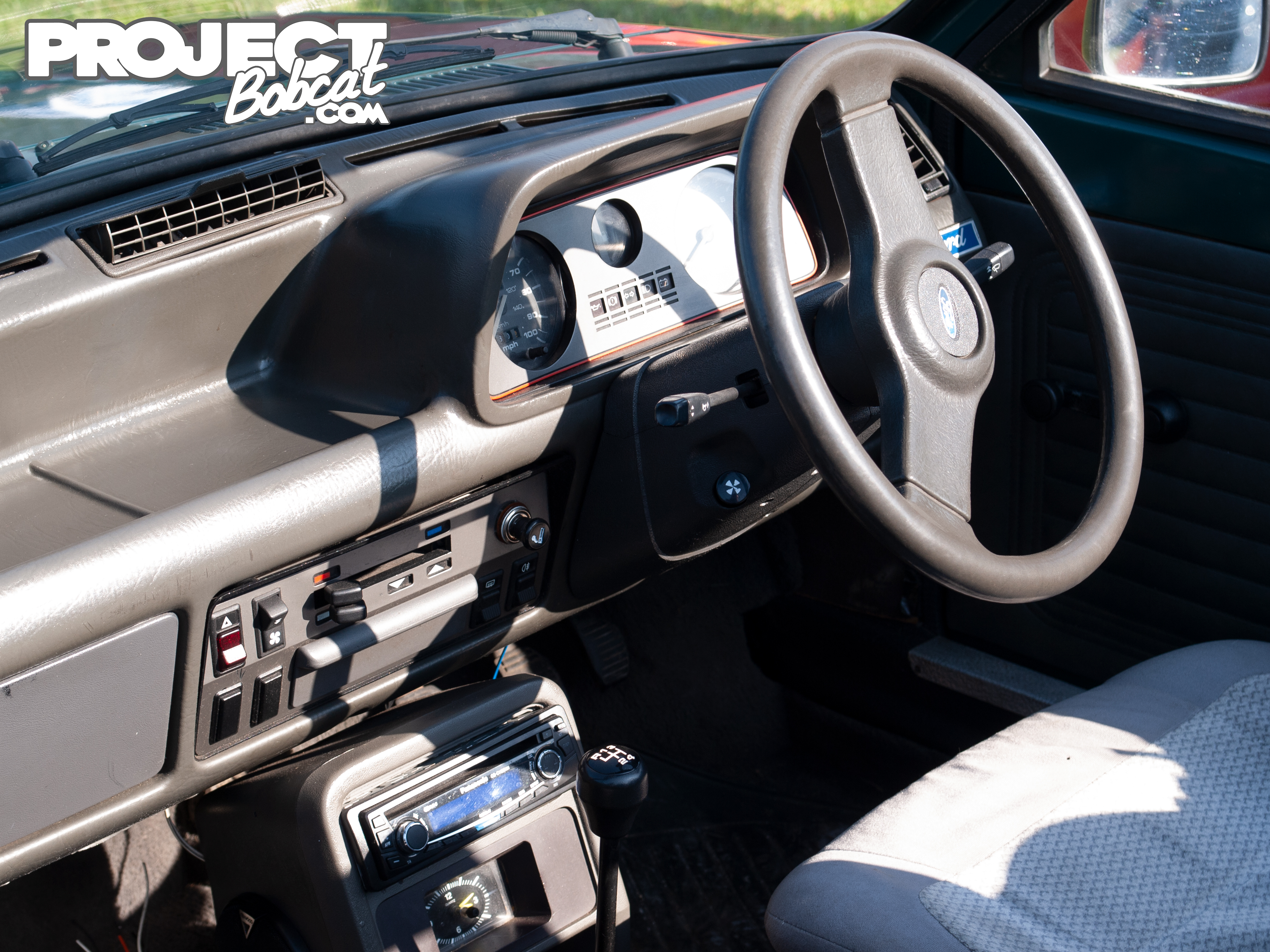 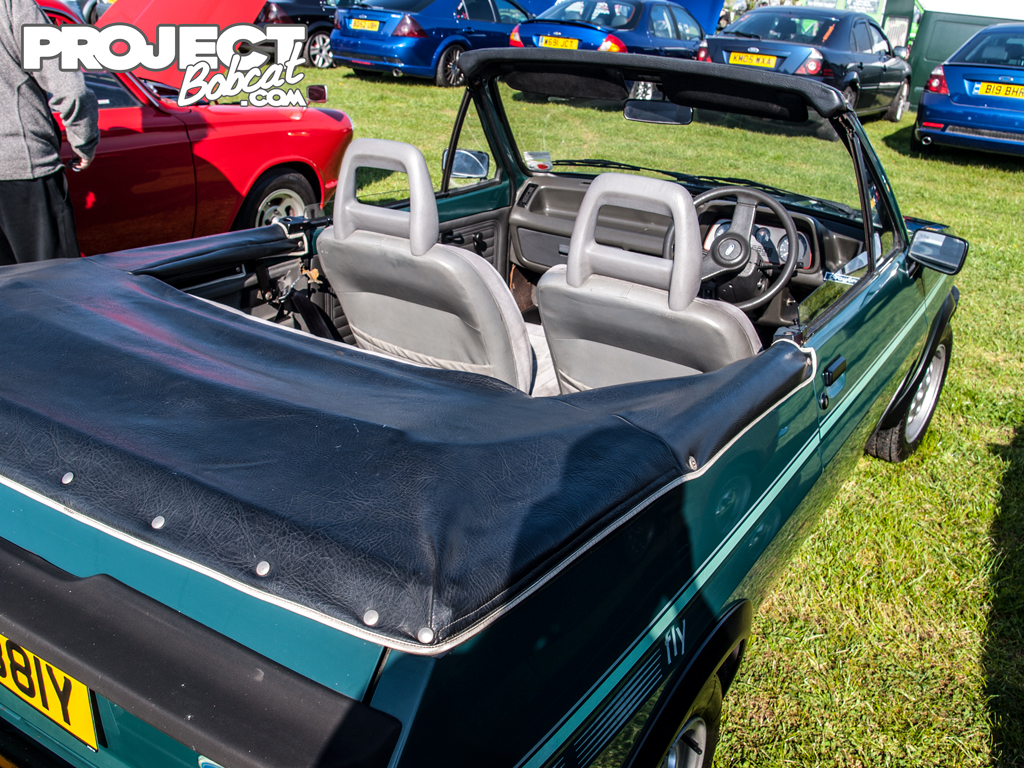 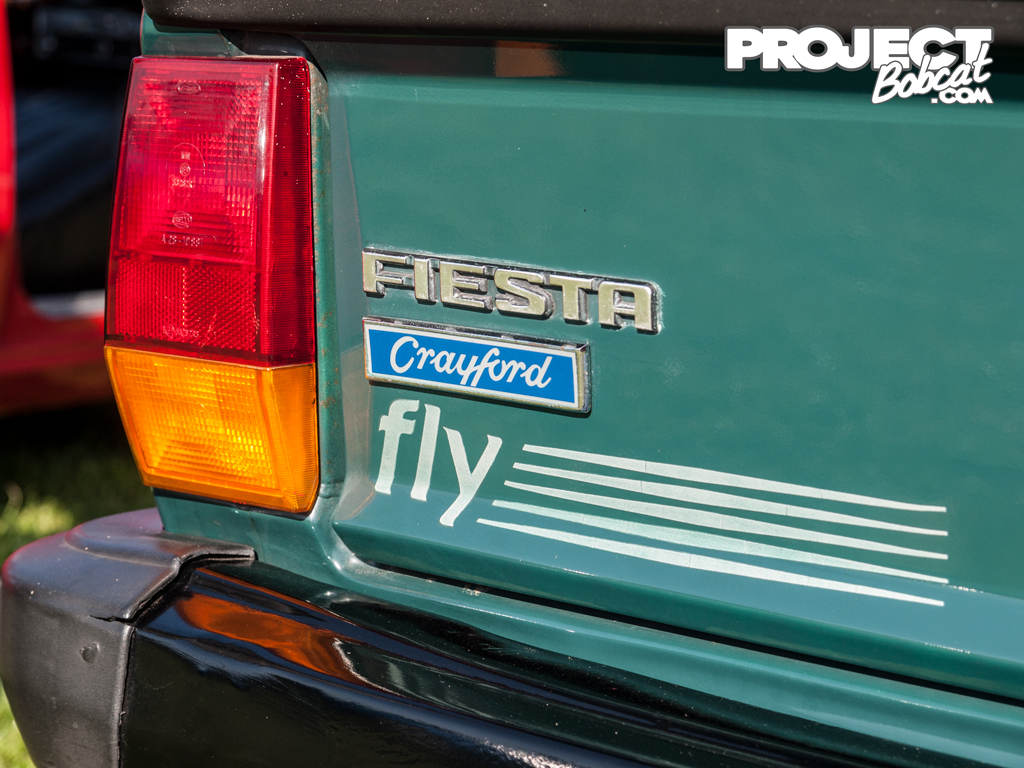