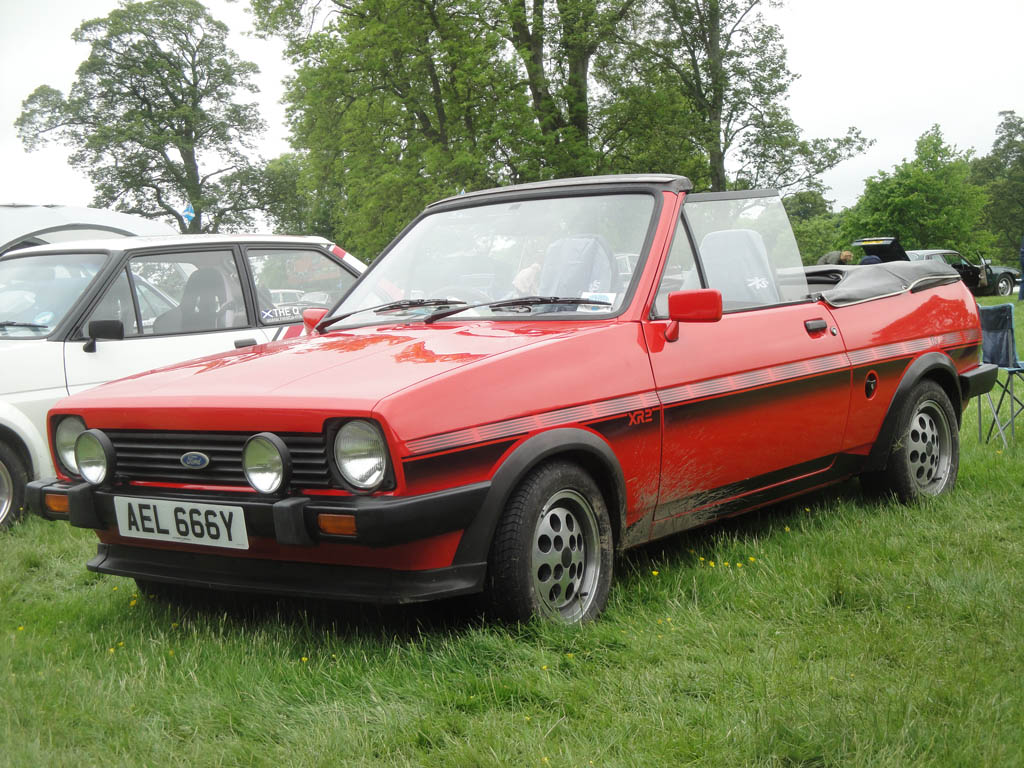 Well I tried not to do this, but I want to go down the modified route and I can't bring myself to yank a perfectly good engine out of such a rare standard fly, and stick some nasty big monster in its place. It would be pure scarilege.

So here it is up for sale

Mk1 Fiesta XR2 Fly Cabriolet in Sunburst red, which i have been informed that this is apparantly the first F.English fly conversion, after they bought the rights for the coversion from Crayford. Although it has the Crayford badge on the back, as F.English never did a badge.
It was also featured in a couple of magazines in 1983 which I have.

I have had it for a year now and it has only been on the road for the last month, as it been stuck in my garage getitng restored. So it has 11 months MOT and is taxed until the end of October. It has just over 73000 miles on the clock.

The engine is spot on with no ratlles, bangs, clunks or smoke from the exhaust.
Gearbox is nice and tight and doesnt whine. It runs and pulls very well, and once the carb has been adjusted properly it will be a fantastic little car
I have done about 500 miles or so taking it to shows in the las tmonth and it has never gave me any bother and has attaracted a lot of attention.

Wheels are really good condition with nly a few light scuffs.
Brand new tires which have only done about 500 miles.
The interior is in overall good condition apart from the few bits of trim that let it down (mainly the rear panels, but easily sorted, recovered or replaced

The dash is crack free but does have a bit of fading in area, but not bad. Its had a lot of work and a fair bit of welding. 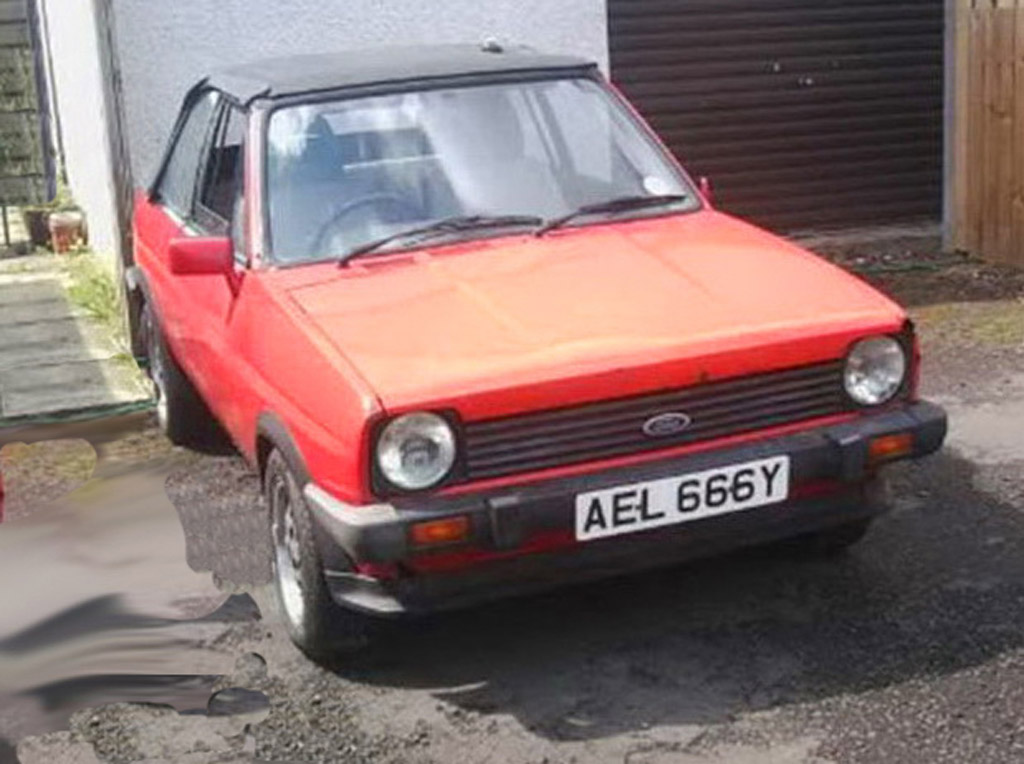 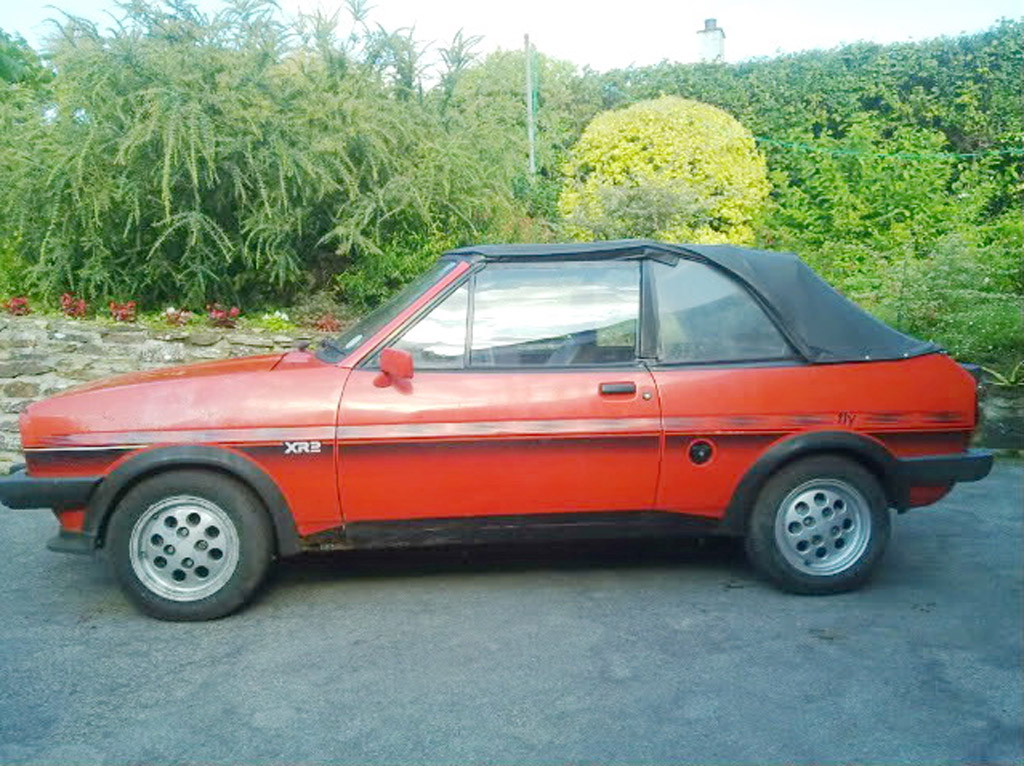 Below: This car was listed on e-bay in 2013, below is part of a photo record of recent restoration. 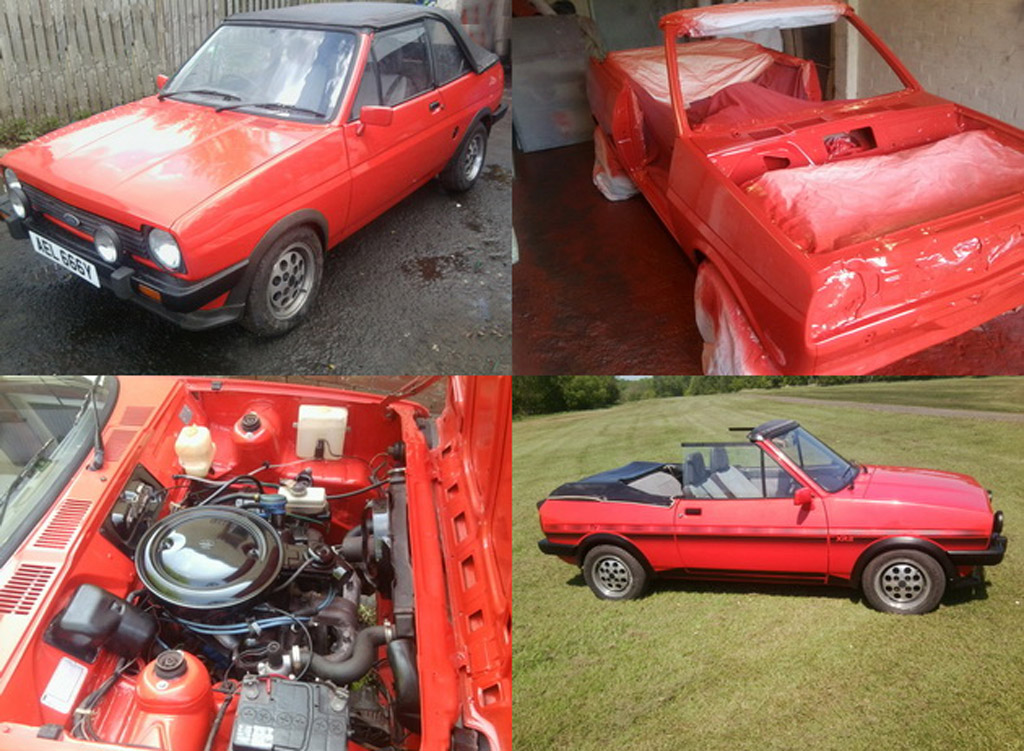 Below: MK1 XR2 built by F. English, was the subject of a write up in Autocar magazine 25 June 1983, in which the writer states that over 100 have already been built. Steve Alsford apprentice at F. English remembers taking the roof off the 1st MK1 XR2 which was Strato Silver, and being quite nervous as it was the first!. The write up also compares other Cabrio cars of the time. 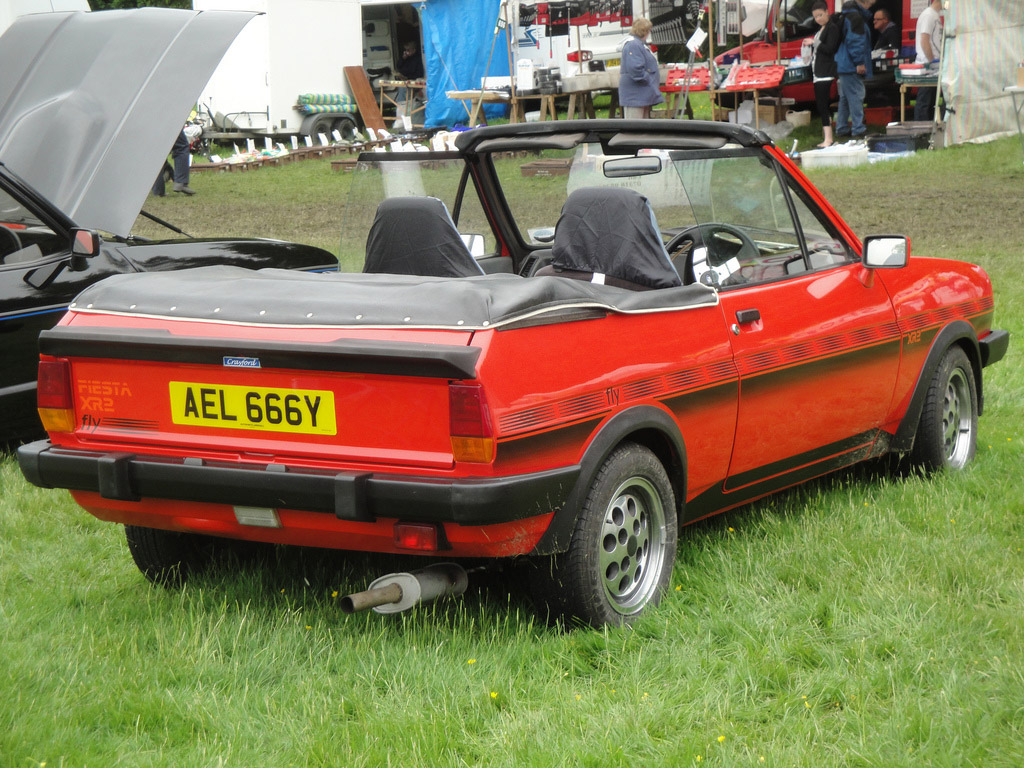 Below: In late Jan 2021, this car was advertised for sale nr Stratchaven in Lanarkshire, Scotland. The description read as follows:

I have had this car for about 7 to 8 years now and have never gotten round to finish it The car runs and drives the body is solid it needs a new cover for roof and some tlc This is the original XR2 FLY DONE BY CRAYFORD THIS IS THE CAR THAT WAS ON ALL THE MAGAZINES WHEN PROMOTION XR2 FLY FROM CRAYFORD. This car has been stored in my heated garage .

This description is misleading as this car is not in fact a Crayford car, but one built by F.English. It was not the car Crayford used for promotion. This has been confirmed with Barry Priestman, President of the Crayford Car Club. 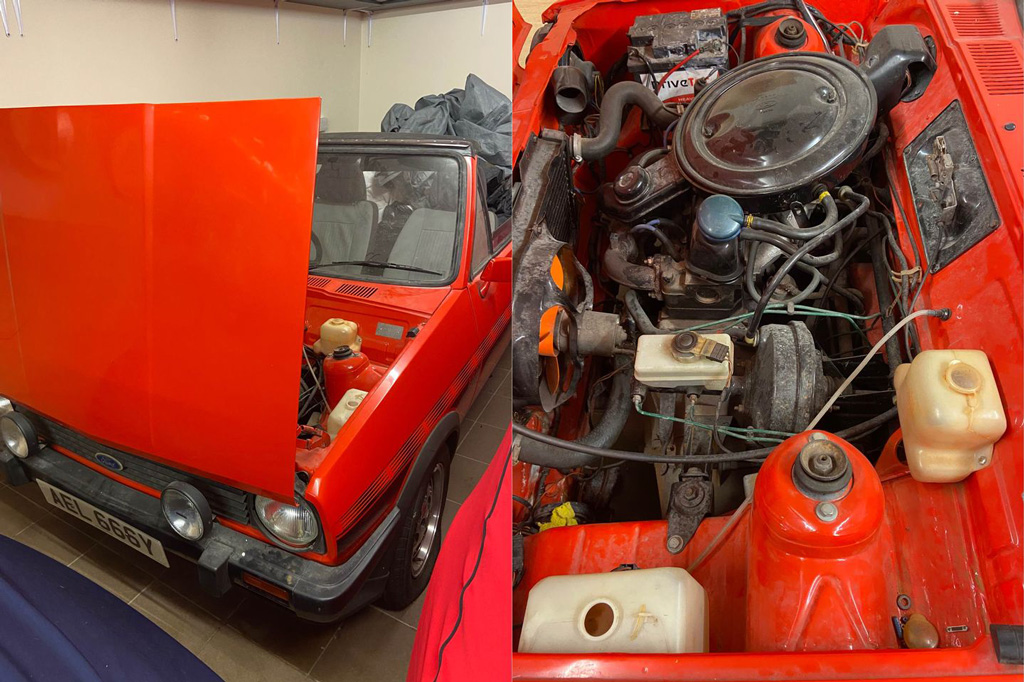 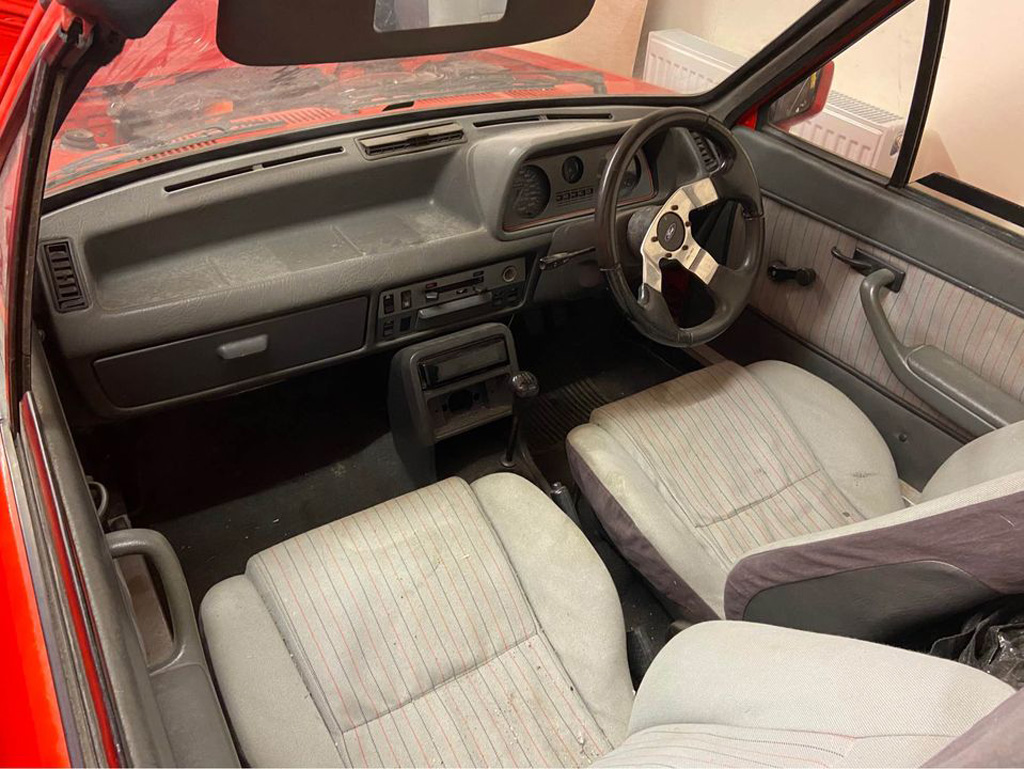 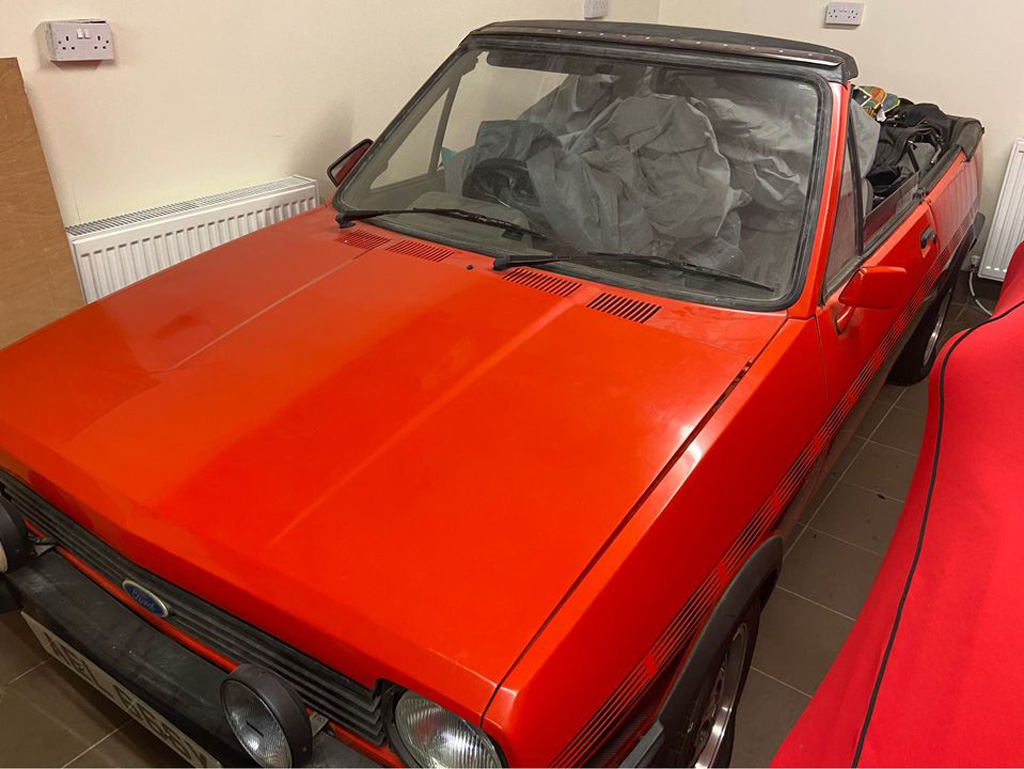