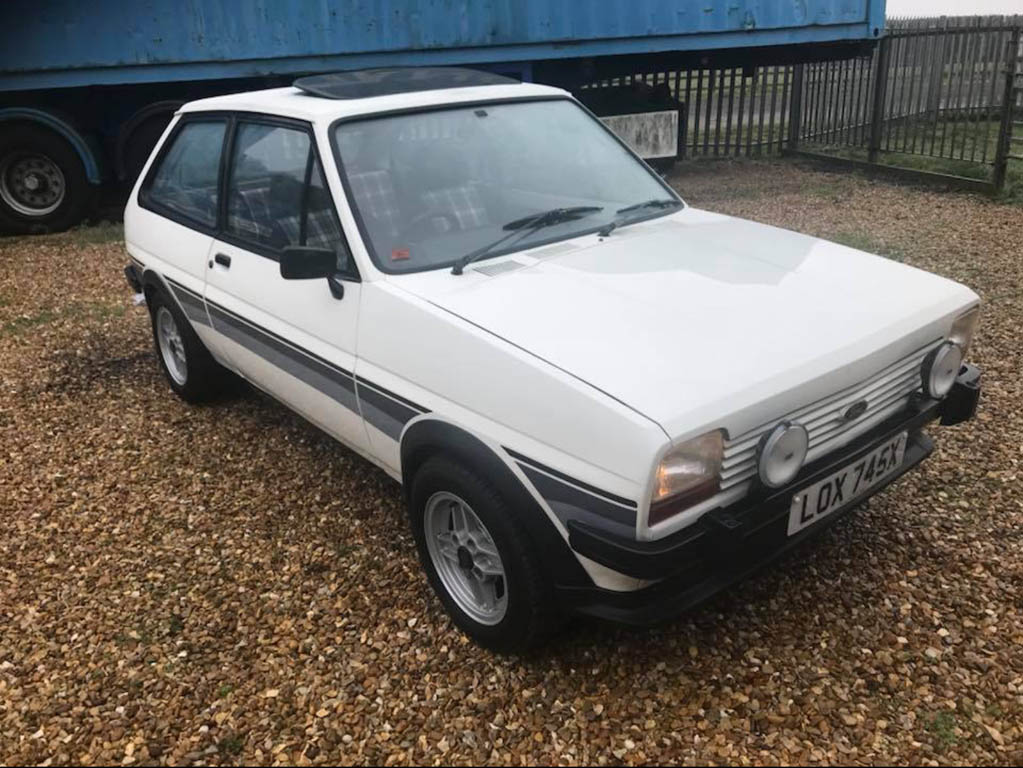 Below: This Supersport was listed on ebay UK with the following description:
1981 Ford Fiesta Supersport Welcome to the auction for my beloved, genuine, Fiesta Supersport. If you are looking at this auction then I am sure you have some knowledge of this type of vehicle. In short, this was a very limited edition Fiesta which Ford brought out to ‘test the water’ into the Hot Hatch market before they decided to produce the XR2 range. This car was produced in very limited numbers back in 1981 which, 33 years later, makes them very rare and sought after today. I have been told that there may only be about 50 of these cars still registered with the DVLA but I don’t know how true this is. I bought this vehicle in May 2004 as a project car to use in the summer. It was maintained and used every year during the summer months and has never seen rain whilst I have owned it. I moved house in 2009 and so the car went into storage in my mothers garage which is where it has been ever since under a car cover, although it has been maintained and regularly started. I have the V5 which is in my name and shows it is a genuine Supersport. Body/exterior The car had already had the bodywork sorted and sprayed before I bought it and it is still in excellent condition. In my opinion, the white, grey and black colour is the best combination Supersports came in and as we all know, white cars are very popular nowadays. There are no knocks, bumps or damage to the bodywork of any kind and certainly, absolutely no corrosion or rust. The wheels are the correct, original RS four spokes which have been refurbished and have RS centre caps. The tyres have plenty of tread left. The grey side stripes are unmarked. The extended wheel arches and spoilers are unmarked. Engine In 2006 the engine was reconditioned (speedo was showing 98500 miles approx). It was removed from the car, stripped down, acid dipped and painted. New piston rings were fitted and new valves. It had hardened valve seats inserted converting the engine to run on unleaded fuel. Whilst the engine was out of the car, a Kent fast road (longer duration) cam was fitted for improved power. The block and cylinder head were skimmed to ensure a perfect fit. The troublesome points have been replaced by a modern reliable electronic ignition system. The twin choke Webber carb was cleaned (nothing else needed doing on this as it operated fine). A four branch exhaust manifold was added and this is coupled to a full stainless steel exhaust system. I found that the original Ford pan air filter worked very well although I do have a K&N air filter that I bought that I will throw in. The engine runs brilliantly with sensible power improvement over a standard engine. There is no smoke, no leaks and no knocking. A new clutch was fitted when the engine was put back into the car. The car has covered only about 2000 miles since the rebuild. It had a new battery last year. Interior Six months ago I had the seats reupholstered in the correct grey/white Carla material at great cost! I have a bit of this material left which will go with the car just in case of accidents. I changed the steering wheel to a retro Mountney type which I think looks awesome, but I do have the original wheel still which will come with the car. The centre console had been cut for a modern stereo prior to me buying the car. I have fitted a Sony CD/Radio which uses a discreet screen mounted internal aerial so no need for an ugly external aerial . The console also has a battery volt meter dial fitted and also a radiator fan over-ride switch to keep things cool in the summer (the automatic fan operation works as normal). The rear parcel shelf holds two speakers but I also have another, uncut parcel shelf which will come with the car. Rear seat belts have been fitted. The dashboard is in perfect, unmarked condition. Electrics All the electrics are working. It has an alarm fitted. The constant feed electrics (alarm, clock and stereo) have been disconnected at this time to conserve battery power whilst it is in storage. 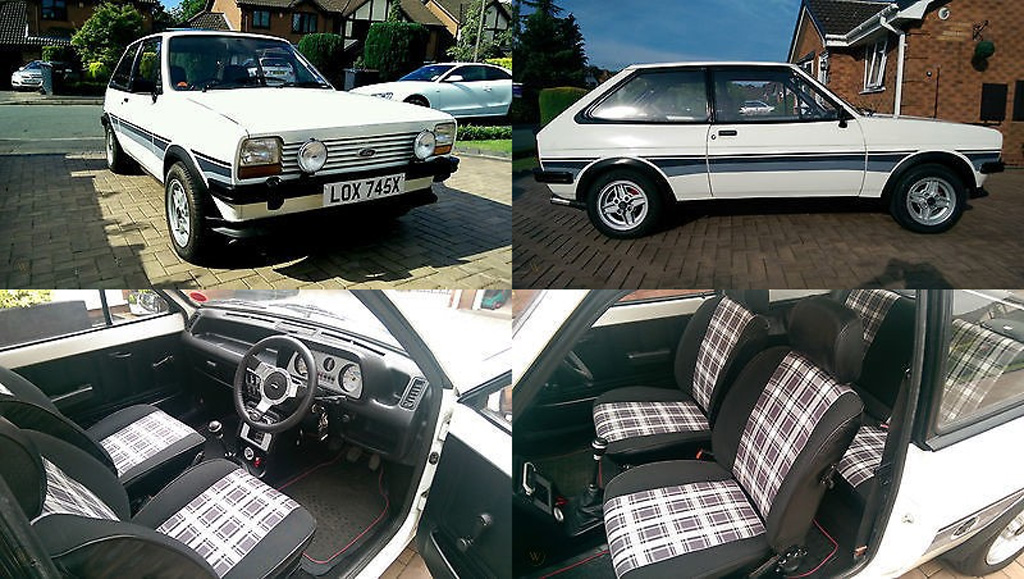 Below: In 2019, this Supersport was acquired for TV purposes. It featured in an episode of Salvage Hunters: Classic Cars, where presenters Drew Pritchard and Paul Cowland restore the car before selling on to a new owner. This episode was made available to watch online via the 'Discovery plus' streaming service in late December 2020, and broadcast on TV during January 2021 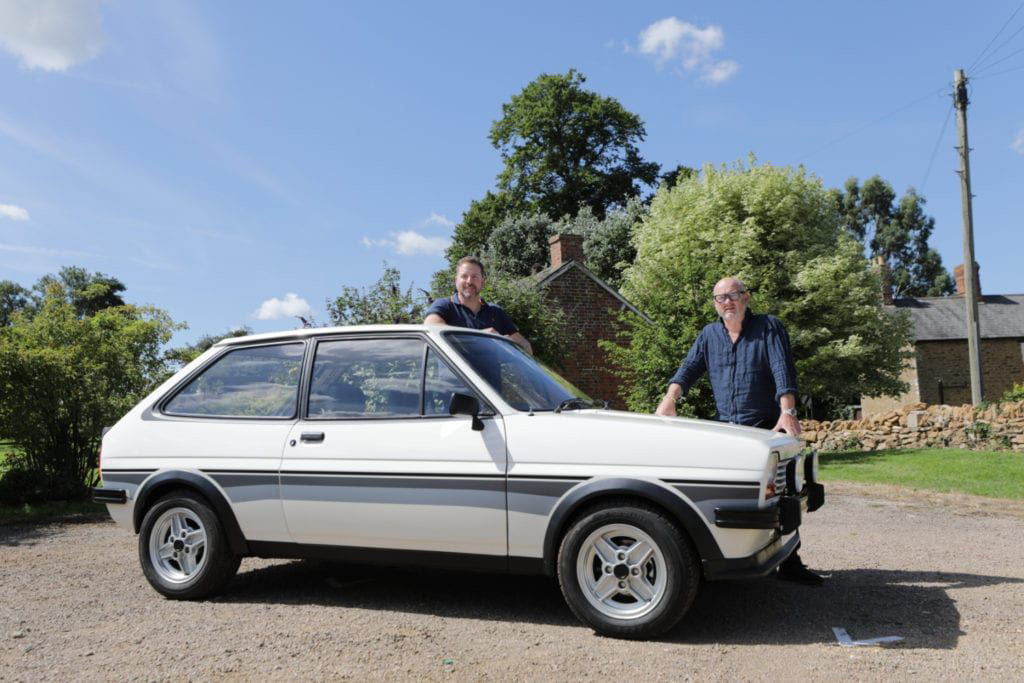