The vehicle information for this Fiesta was kindly contributed by David Matthews/James Ross. 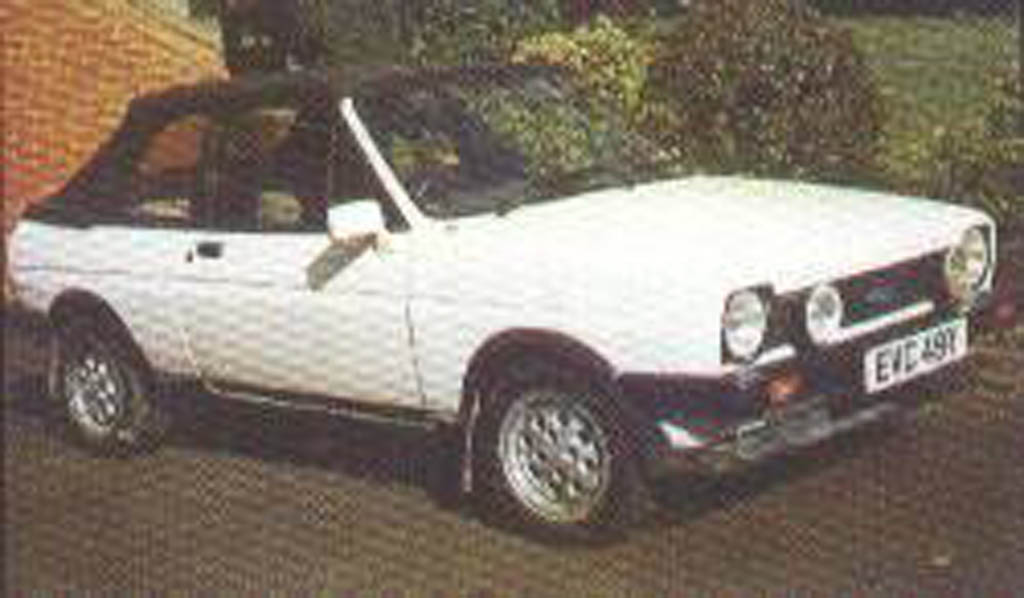 EVC 49Y appeared in the classified ads in Classic Ford magazine in around 2001/2002. A MK1 XR2 F. English car, any further details appreciated.

Update: In May 2020 the car was listed on ebay by Belvoir Classic Cars in Nottinghamshire. The listing description reads as follows:

Ford Fiesta XR2 Fly Crayford/f.English convertible The Fiesta Fly was a convertible version of the Ford Fiesta, originally designed by David McMullan and produced by the Kent based coachbuilders, Crayford. Production began in 1981 and it is believed that a few (approximately 18) Mk1 cars were created by Crayford themselves before selling the license for producing the Mk1 to the coach building division of F.English, a large Ford dealer based in Dorset on the south coast of England. There are many different myths on amount built. The amount of genuine XR2 versions converted by Ford dealer f.English after taking licence from Crayford is approx 30. Thus making this car which is registered on official registers super super rare and highly collectable. This is a very nice and well maintained example. Long mot. The car on the road drives very well. The Diamond white paintwork is very good indeed with no issues. The unique decals are all excellent . The original 13 inch pepperpot wheels are in very good order. The Glass all appears to be original Ford and is all etched with the original reg number. The interior is again all original and in fantastic condition there is very little degradation. There is the addition of XR2 owners club tailored overmats. The history file contains the original dealership booklets and manuals. The engine bay is again very clean indeed. Previous long term owner always kept garaged and used only for shows and local rallies etc. PX welcome for similar standard classics Trailered transport available to your door. 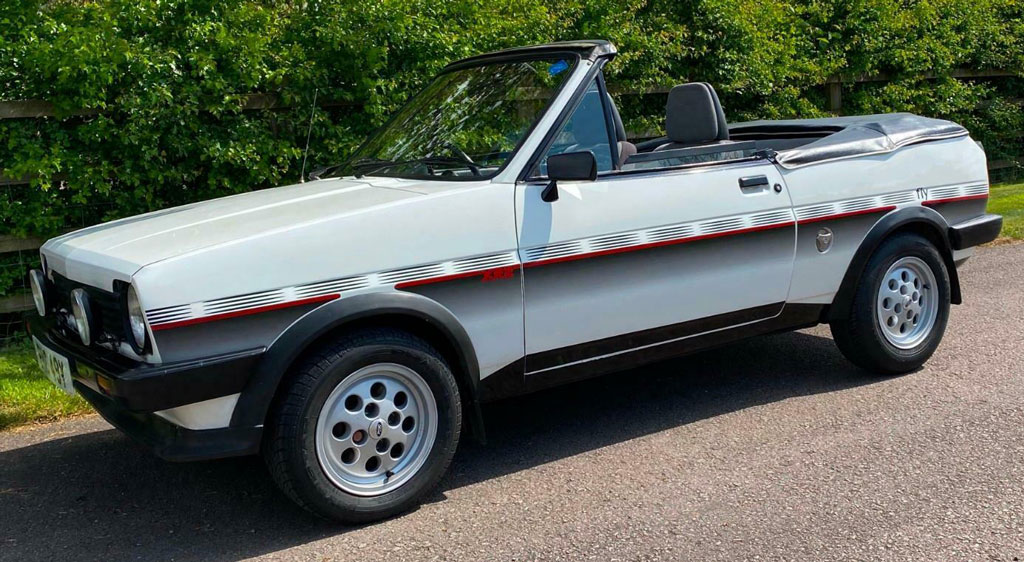 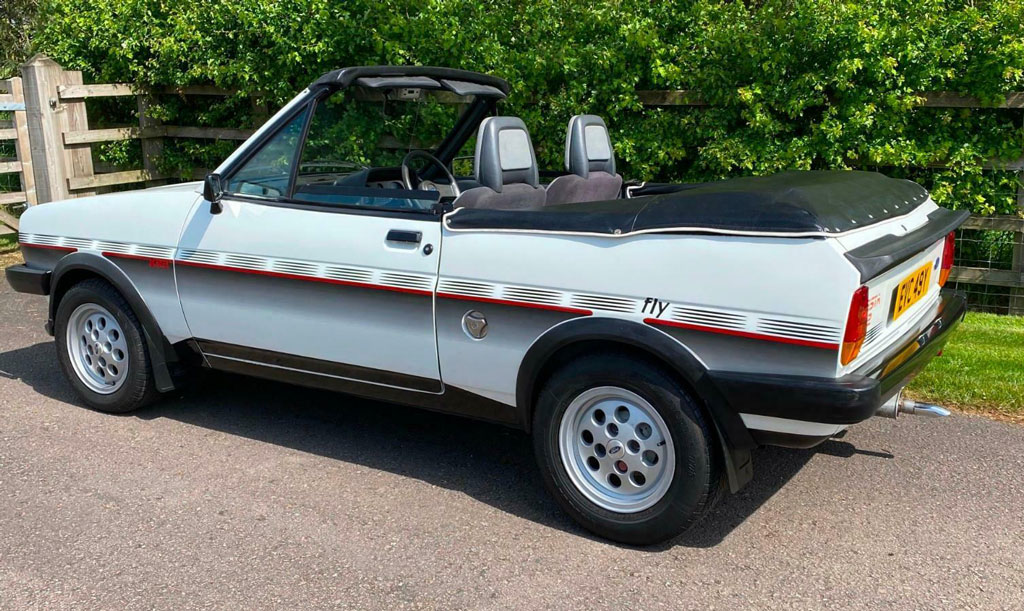 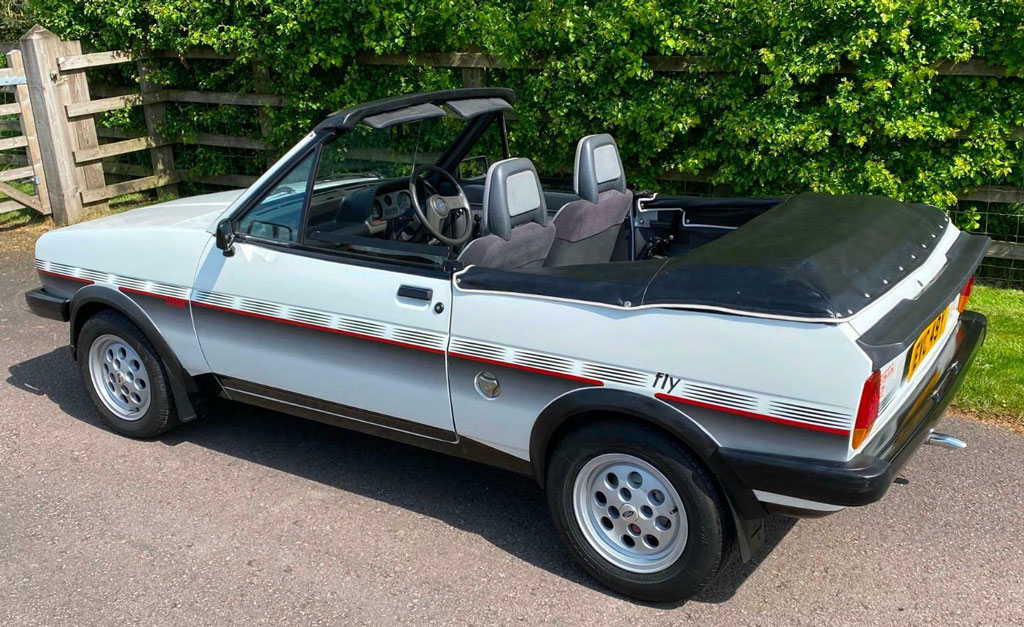 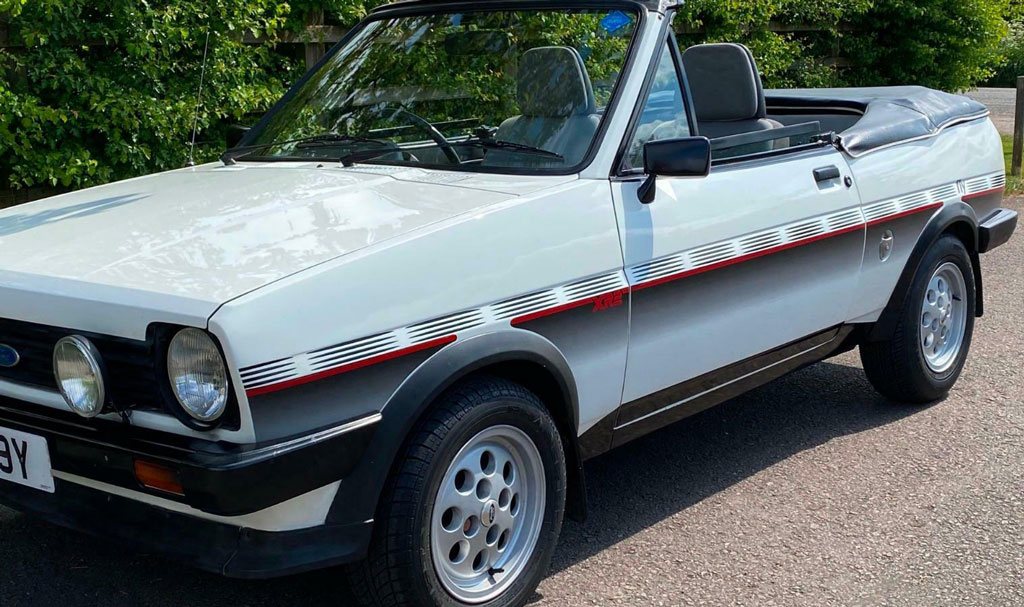 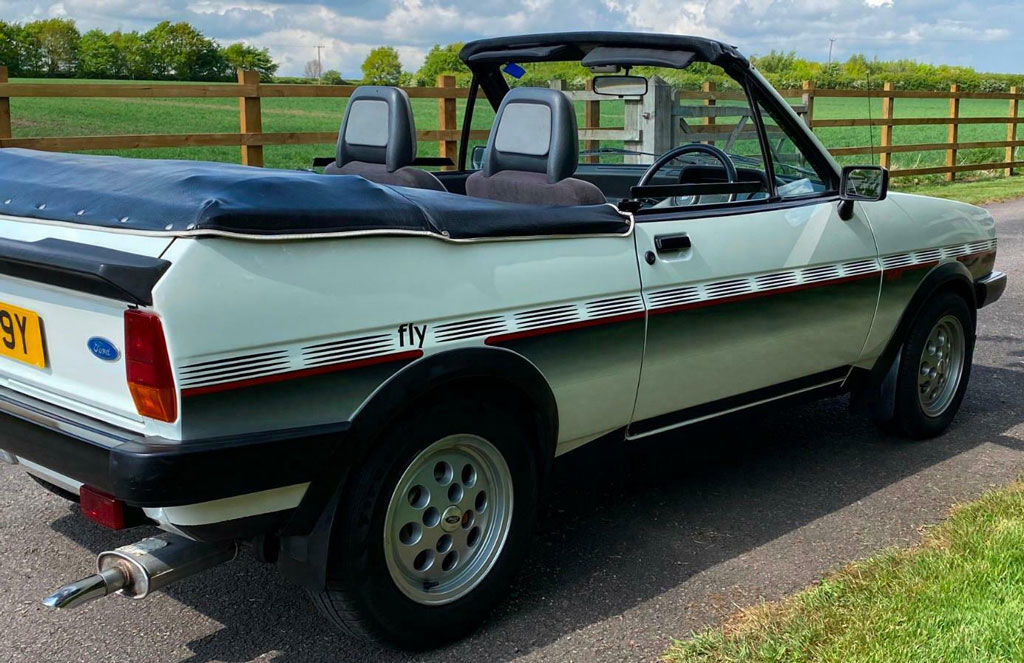 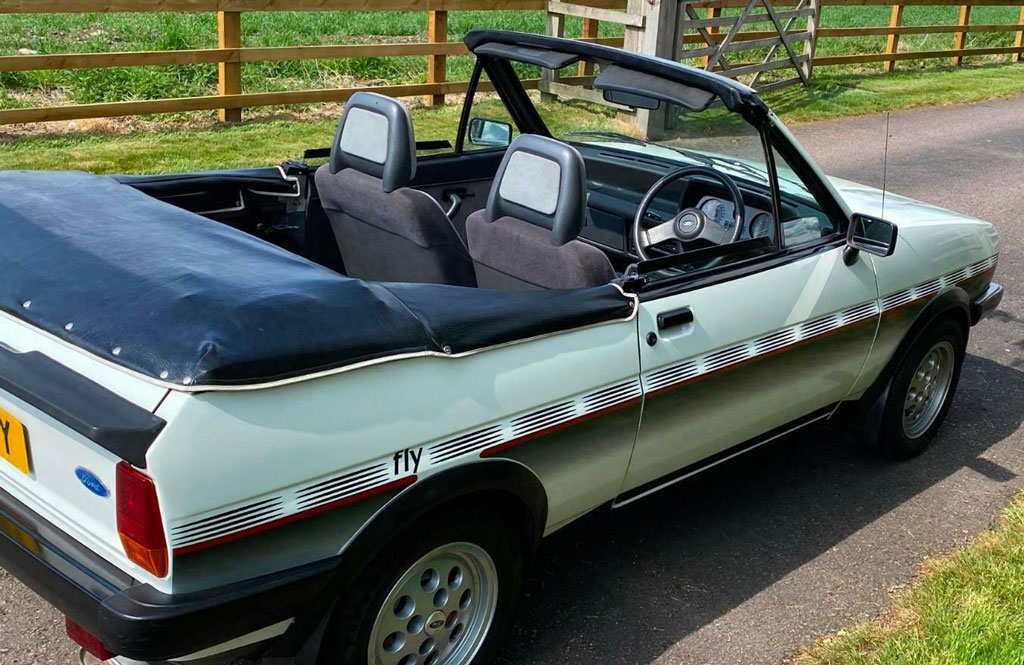 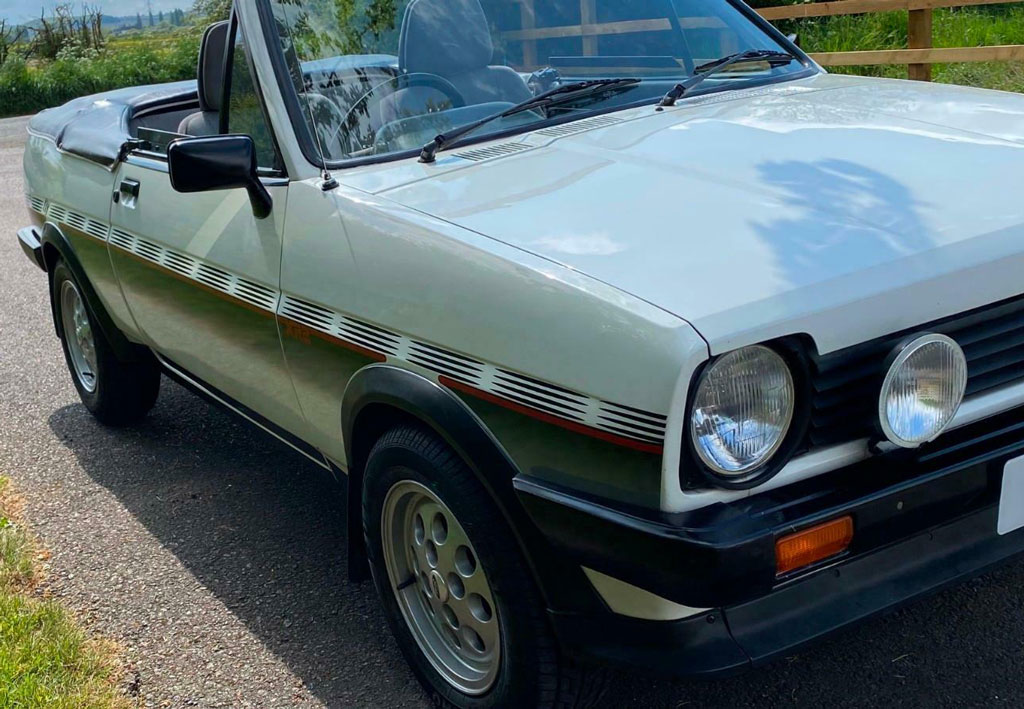 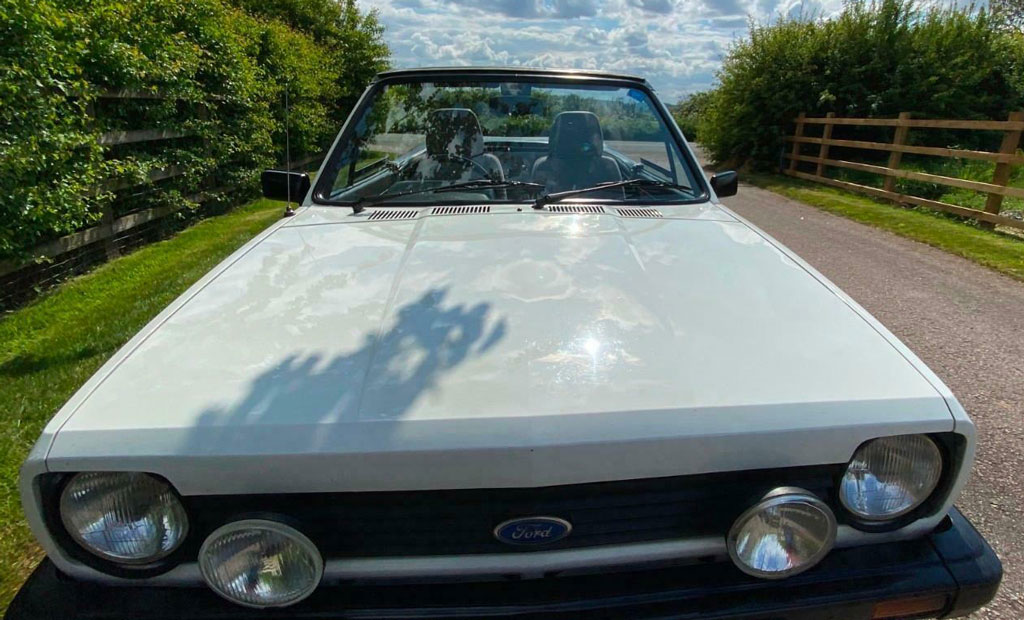 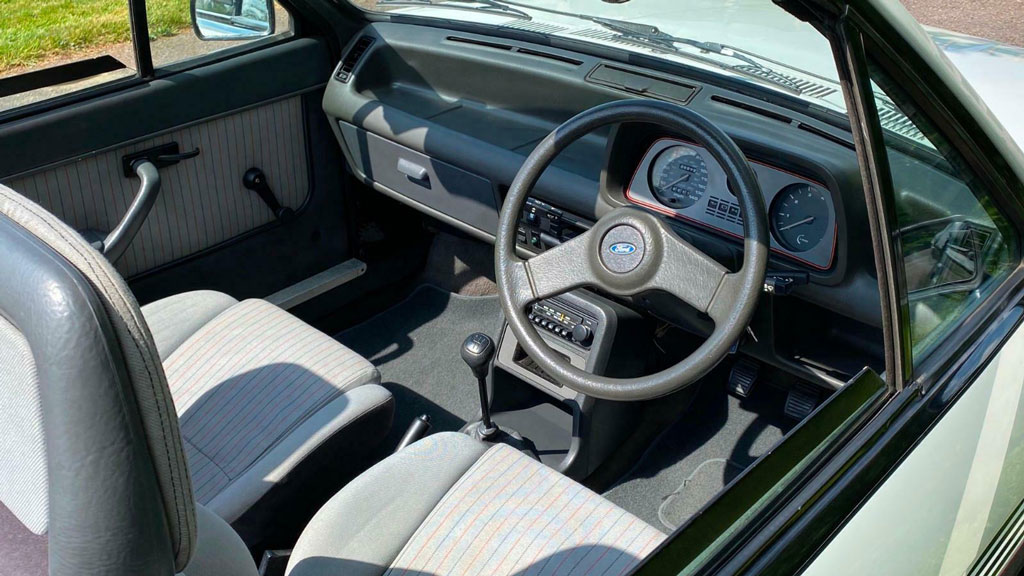 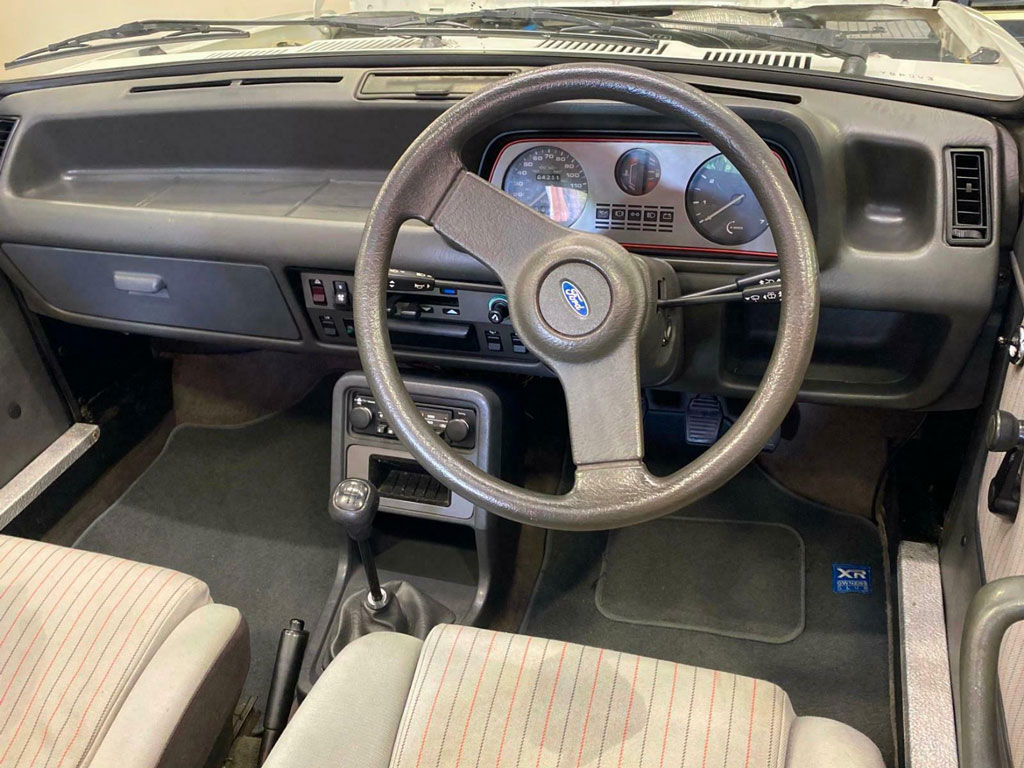