The easiest engine conversion you can do to a small engine Mk2 Fiesta is to replace it with a larger displacement CVH engine. The 8v CVH was fitted to cars in the range in 1.3, 1.4 and 1.6 variants from the factory, so with a few parts it’s a straight swap. If you’re going to the trouble of putting in a larger engine then it’s probably worth opting for the 1.6 version to maximise the power upgrade for your efforts.

You can get a carburetor fed NA CVH engine from a few different vehicles, obviously the Mk2 XR2 and also the Mk3 Fiesta 1.6S, Mk3 escort etc.

The 1.8cvh engine fitted to the Ford Sierra is generally thought to be not worth fitting, this is down to a head design that isn't designed to maximise power, and a lack of available tuning parts.

The 1/1.1 litre brake servo and master cylinder fouls the distributor of the CVH engine, there are ways round it such as modifying/changing the servo brackets or fitting a slim distributor with angled HT leads, but switching to the XR2 version is the ‘factory’ way to solve the problem.

Ideally you need a Mark 2 Fiesta CVH engine mount, note that it’s possible to use a Mk4 escort mount, however it will need some modification to fit.

Using the 5 speed gearbox and shafts

It is possible to keep the 4 speed box, but you will find it desperately needing a 5th gear, especially for motorway use. The XR2 has beefed up shafts but you can retain your base spec ones, even with a five speed box.

You can either upgrade your whole wiring loom to an XR2 version which will get you a few extra useful features, or if you dont have one, just add three main wires to your existing low spec loom (applies to manual vehicles only). 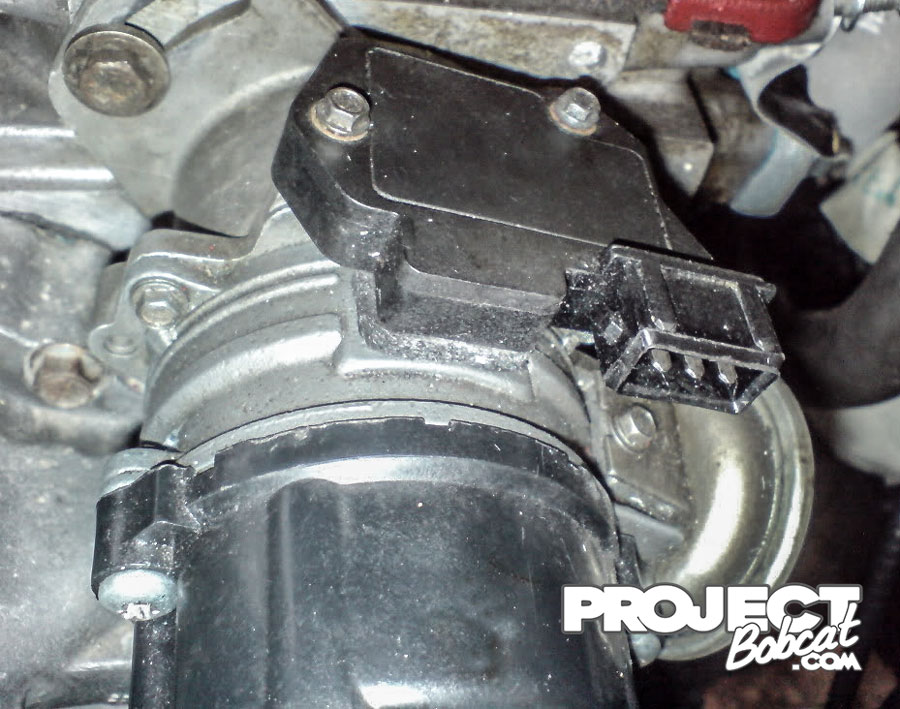 You will need to replace the coil for a suitable version that matches your CVH engine, you will also need the wiring plug for the module on the distributor. The plug has three wires that will need connecting up as shown below, a green to green on the coil black to black on the coil and brown to earth, simple right?

If you can find a carb fed escort or fiesta with the same system, you can pinch the entire ignition wiring from it, everything from the block on top of the dizzy including the 3 wires, and the coil with its connectors. The all you will need to do is supply the coil with a live wire and a connect up a feed to the rev counter as shown on the instrument panel page.

Some people have found that the water temp wire doesnt reach to it's new position, but before you go about extending it, it can be untaped from the loom to give it more reach