Talk about deja vu , 1 year on and it was mot day yesterday (it passed) and taxed this morn( queing from 9am no online tax over here) all good drove 20 miles all good , went to drive home wouldnt idle and running like a bag of spanners hesitating etc ...........Yes its the bloody carb I fitted 2000 miles ago thats been perfect till today mot day has took a hissy fit. Luckily I got back to my folks house before it conked out so I could get tools and the original carb I rebuilt last year. I fitted this Rs steering wheel I got , its been retrimmed already and fitted the genuine boss the right way this time and the wheel is central not an inch off to the right, and gave the car a good polish

Went on the Inishowen run /show drive and somebody was takin pics. Was a good day out with about a 60 mile drive around some stunning scenery and a chat with the lads. Got my new dealer plates fitted the day before from Chris at Prp , changed them slightly from original . I also fitted a shell sport 80s sunstrip , they are impossible to fit neat! 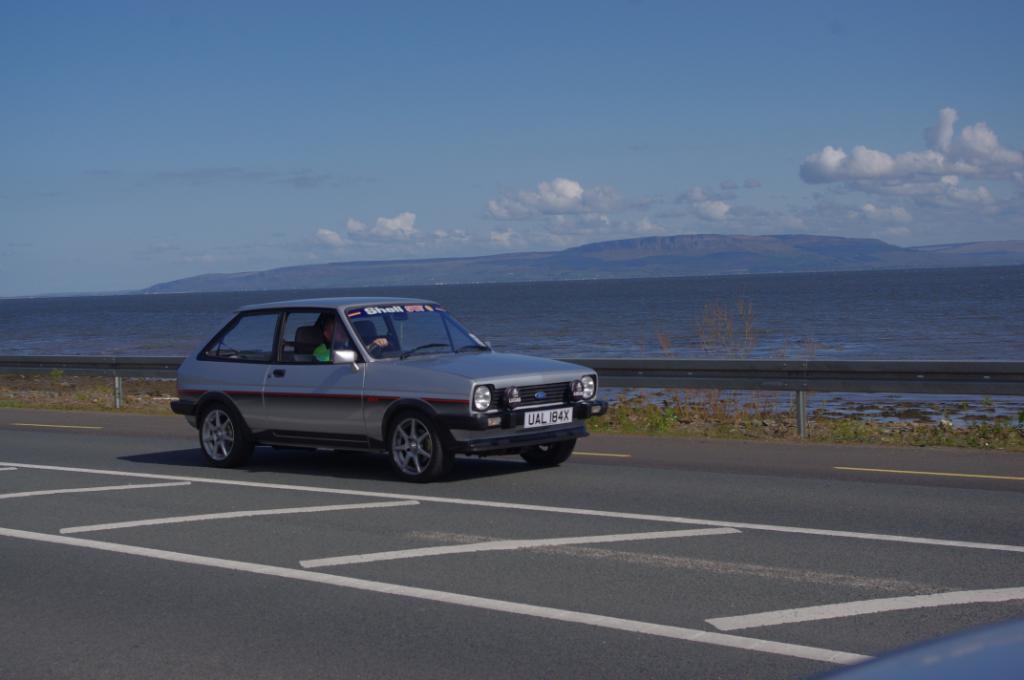 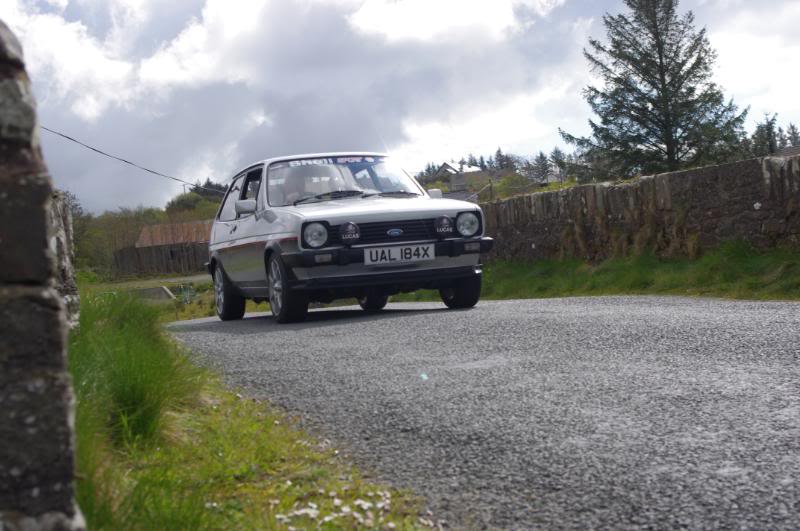 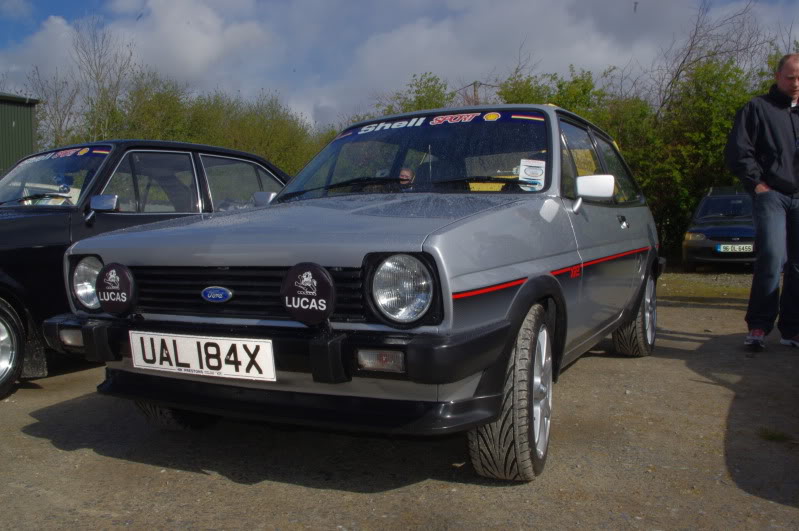 Car broke down on Friday while I was out for a drive , went in a shop came out and no start. Turned out the rotor arm had burned a hole in the centre and the contact tip had disappeared. One replacement rotor arm later and we were away again.Then went on the neal egan run in Sligo which is about a 2 hour drive away , then a show and then a 60k drive and back home again, 320 cars there. Unfortunately on the way down it was becoming clear something wasnt right and I suspect its the gearbox as ive checked the wheel bearing and they appear fine ,the left inner cv can be moved a bit so I think this is where the trouble lies with the diff bearings. I had ordered a new zorst from ccw tools and it had a 4 week lead time and its arrived today. Its a copy of the original system but in 2 pieces for postage reasons. No point fitting it just yet though if the box neds to come out 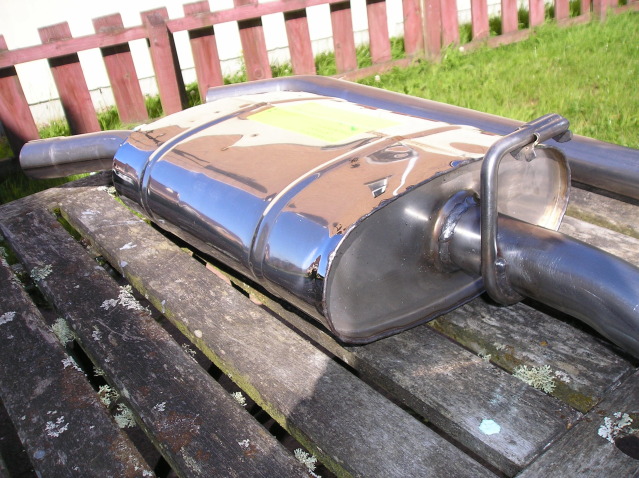 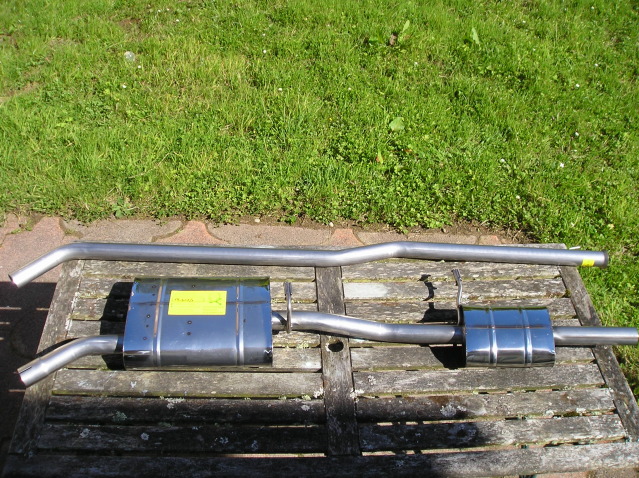 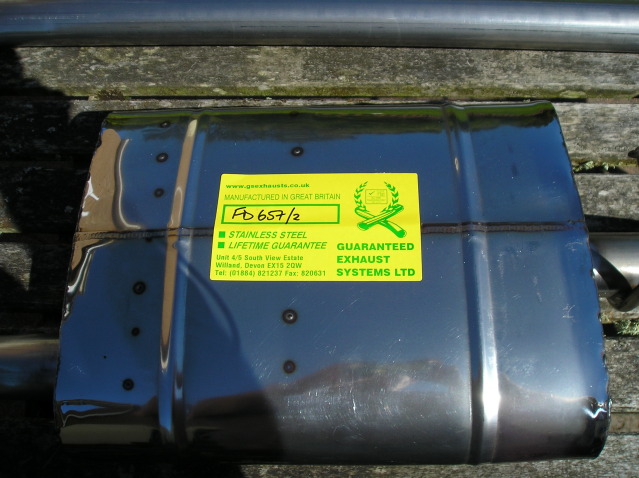 Back on the road for another year or 6 months anyway , rubber fuel lines in engine bay changed as they had cracked again , got some zytec hose this time , I think the bends were too sharp which didnt help.Got some pots gathered together for a refurb and they arrived back yesterday, turned out well. The one with the kerb damage is good now but you can still just see where it was if you look close, still for 32 year old wheels they are mint. 2 centre caps are now loose though , there seem to be 2 types one has smaller tangs and doesn't grip as well probally as there is no corrosion to hold onto now, mint be able to bend the tags a bit. Got some new Engine mounts fitted , the top 2 are ones Gary made for me using the original xr2 housings modified for new bushes . :thumbup: After these were fitted there was no movement at all at the top but the lower mounts shook like hell and I had to turn the idle speed up to save my fillings, so today I swapped the lower gearbox mounts for rover v8 type ones and that stopped the shaking and it hardly moves at all now ,a bit more vibration than before at idle but fine when driving although I have only went 20 miles yet .The old lower ones despite not having covered more than a few thousand miles seemed very soft maybe the oil got to them. The drivers mount was a proper bugger to change as there is hardly any room but by taking the coil out I was able to take the outer bolt of to get to the centre one.The 3 bolt had to be inched out a flat of the bolt-head at a time, took ages. Got my wheel bolts painted up with smooth-rite and left a few week to dry before fitting the pots, gave the underside and arches a bit of a clean first and was soaked in the process,no rust to report ,put the 5th pot in the boot :mrgreen1: , both rear shock covers seem to have detached though from the top Got a new shiny bit fitted today between the rain showers , it only rains after you start work. The last pic shows the rubber hanger is a bit out of alignment as the mount seems too far back , the rear one is straight , bit disappointed with that. Had it all done and went to drive of the ramp and forgot I had but the ramps under the back wheels, was in a hurry and got distracted and promptly drove of the back of the ramp :angry1: followed by a loud bang and a sudden touchdown .The 2 ramps were wedged under the car and one had put a nice bend in the sill flange. I've in straightened out again, could have been a lot worse if it had went up the side of the car :shocking: A quick test-drive drive and it does have a nice little rasp of it

My roof clock only works a few times a year plus some of the segments have failed so I took ones out of other cars but only one worked and went off when the wires moved so I tried to open it and one screw in the case the head had rusted of but wd40 and tightening it more eventually shifted it.I found two of the supply wires had come loose so bought a cheap maplin's soldering iron and tried to sort it .Not having soldered a a few years I bridged a track and made a mess then scrapped it back off and cut though another track. Then I soldered a new path with a big blob and it worked, swapped the good gubbins into a correct grey case and after some fiddling even got the time set :geek1: