A day without welding

No welding today , just cleaned the sealer of both rear arches , what a nasty job.Tried to melt and scape it of with a blow lamp but not getting anywhere so used a flat wirewheel in the grinder.Much quicker but need to be very careful at edges as it would be easy to get ther grinder puller out of your hand.Sealer smokes like a goodun. my new grinder got so hot the vents at the brushes started to smoke too. Had the shell pulled outside and it started to rain and one arch was rusty in about 10 mins so recleaned it later and gave a coat of primer.The spit makes things so much easier.Maybe should have left the sealer on as there wasnt a spot of rust under it. 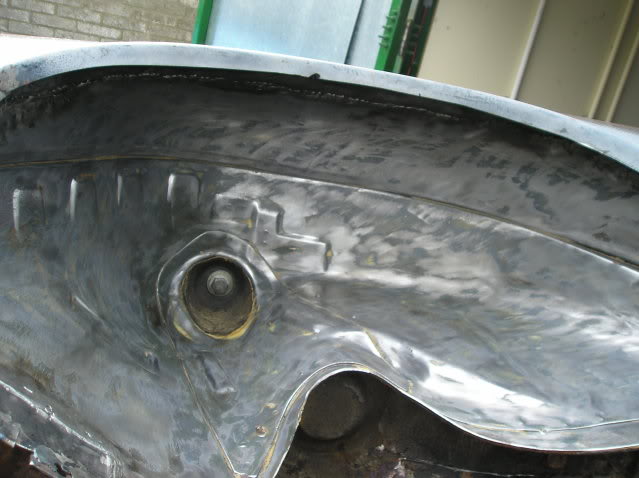 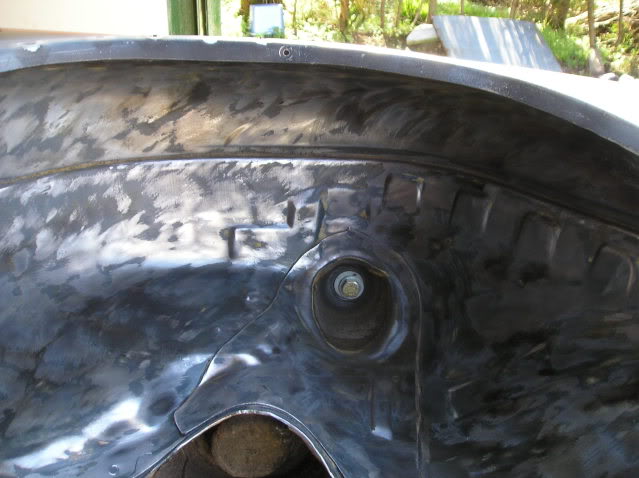 A bit of primer

Got the passenger side inner wing cleaned down and primered after seam welding the patch to keep water out.I also seam welded the pass sill and fixed another hole in the seat mount.Found holes in the chassis leg side in this side now the car has been turned over.Not easy to sort either as its hard to get too. 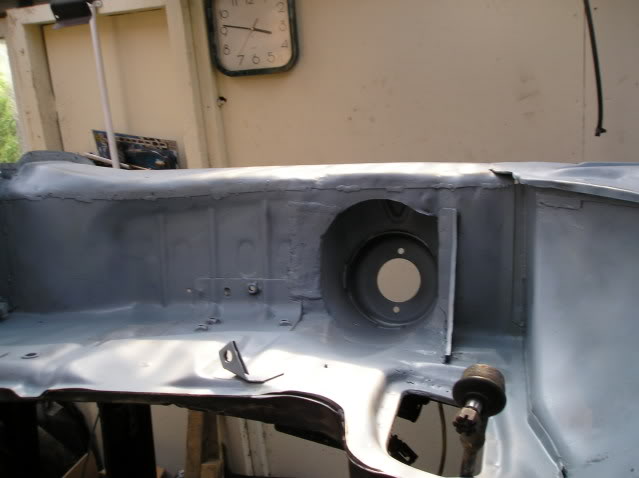 Cleaned up the chassis legs today they looked seriously rusty but cleaned up ok, the front parts were mint the bits were the axle mounts to less so. Used wirewheel in the drill plus a large screwdriver to chip 27 years of rust off then cellulose thinnners to clean what was left of the underseal off. Then welded a patch on the leg that I had cutout about a year ago or more and gave the legs a quick coat of primer to keep then from rusting again. 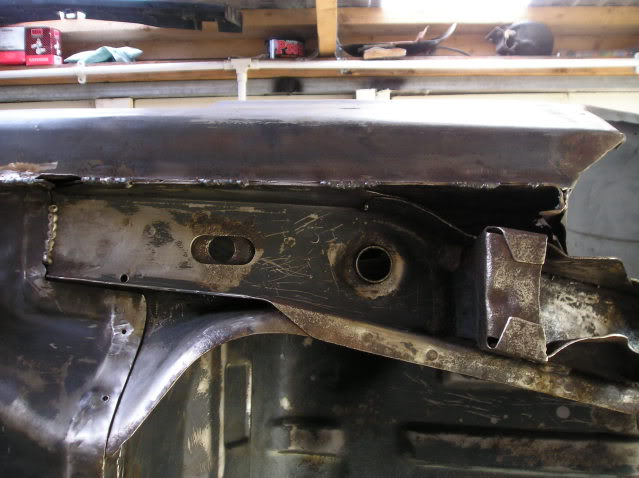 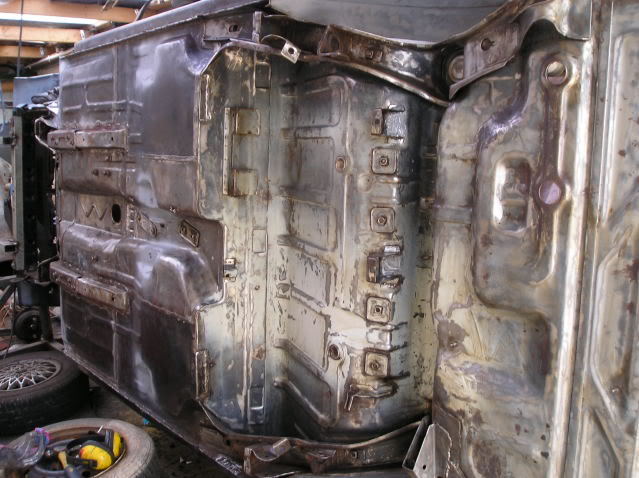 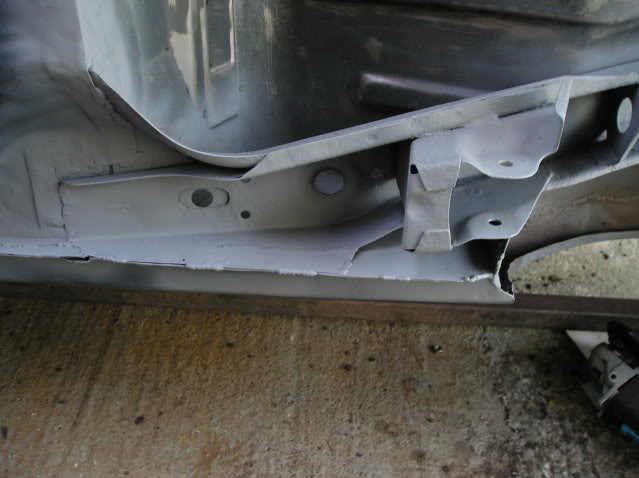 Got the main floor primered up today plus welded in the side on one chassis leg that was holed that I missed when the car was sitting on the other side.Welded the other rear arch inner to outer as well .Bit of primer certainly improves the look of things no end.Just some underseal in the engine bay to remove and that will be it all cleaned undeneath. 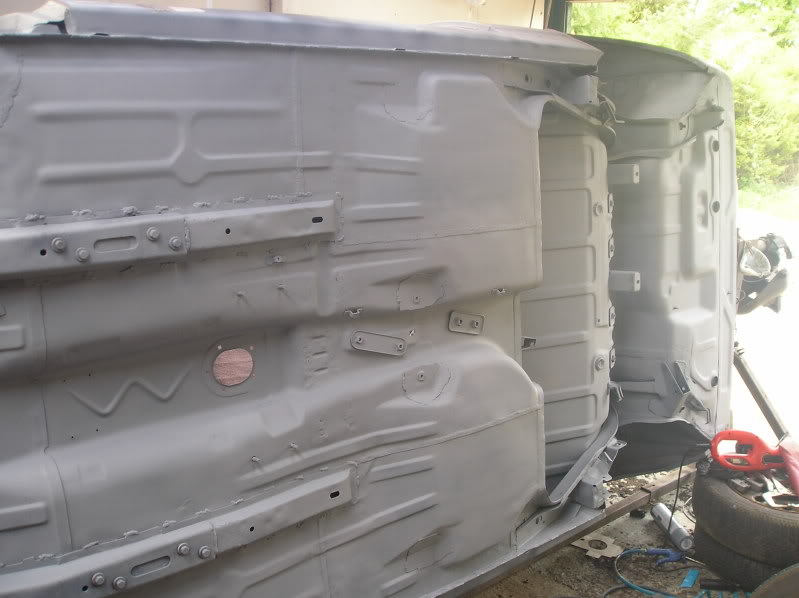 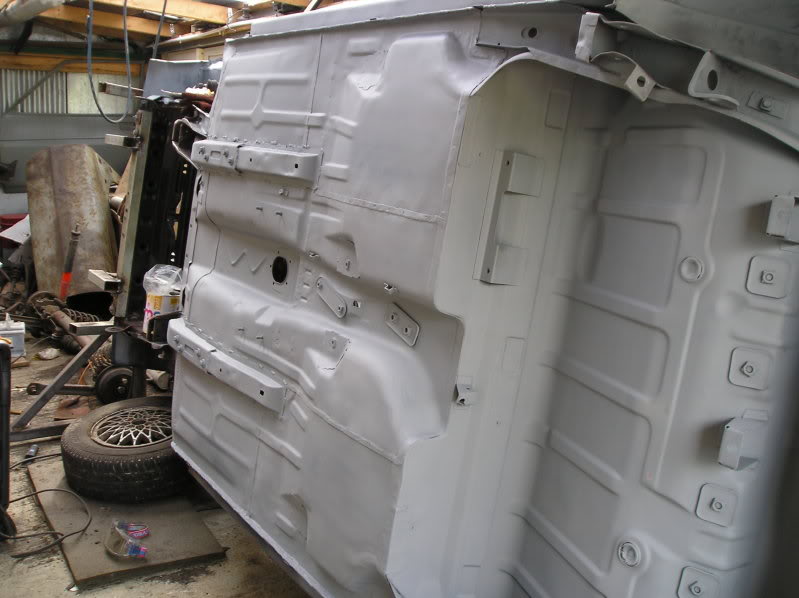 Tidied up both corners and welded in the seams to make the repair less noticeable and started on the track control arm mount which I had bodged to get though its last mot.Decided to cut the inner skin out as it was holed with rust which was a tough job.Got a new skin made up and tacked in .Not completed as ran out of time but nearly there.Welded in The mounting hole for the bolt by mistake. 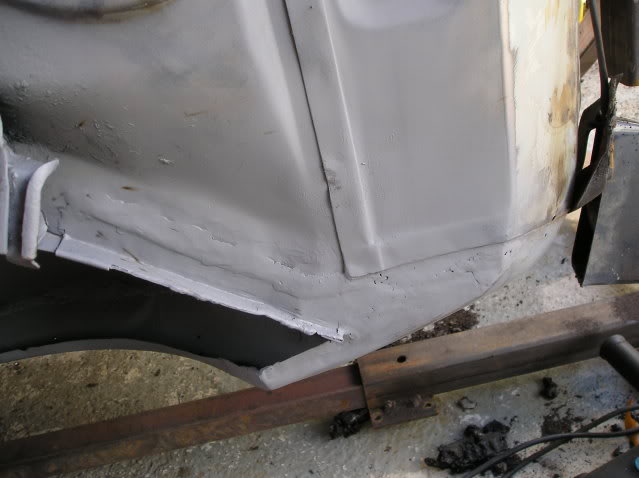 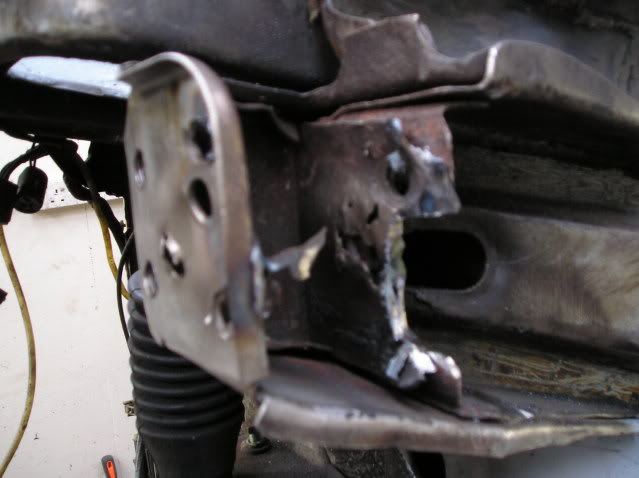 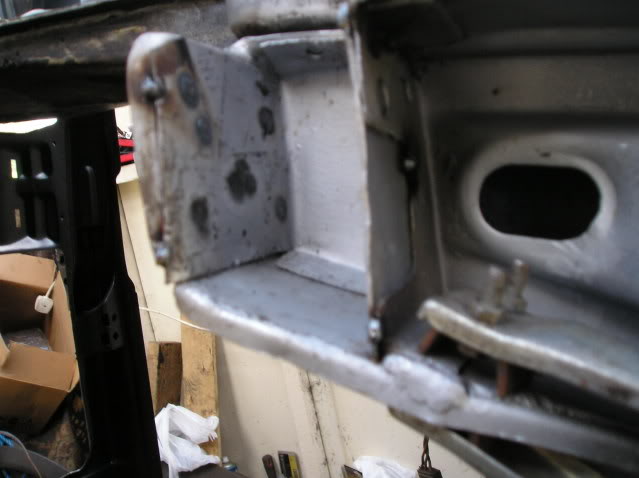 Removed the heater box and rack and took the loom out to give more room.Finished the track control arm repair and redilled the mounting holes I welded by mistake and seamed the bottom to keep rust out and put a patch in the bottom of the door post and gave the floors inside a coat of primer after seam welding the seat crossmember . Also seam welded the a post closing panel in and put another patch in the drivers footwell. Drivers front floor needs the welds tidied as not happy with it yet but other jobs to do first.Doesnt look like much but I have been flat out from 10am to 4pm the last 3 days with 5 mins for dinner. 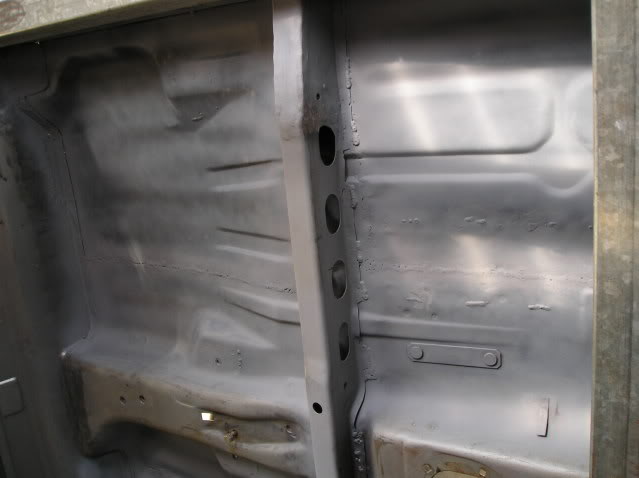 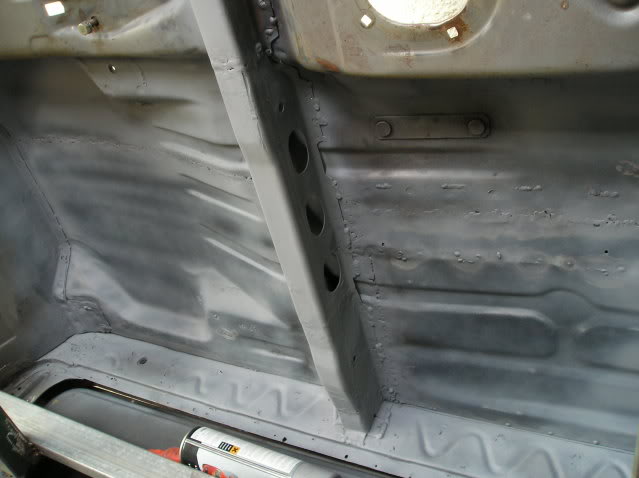 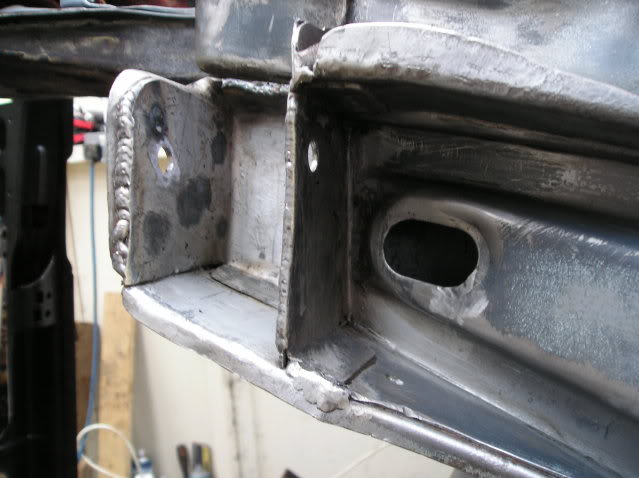 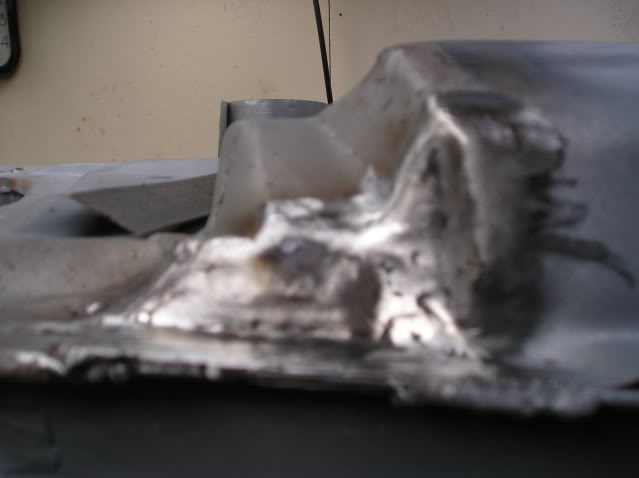 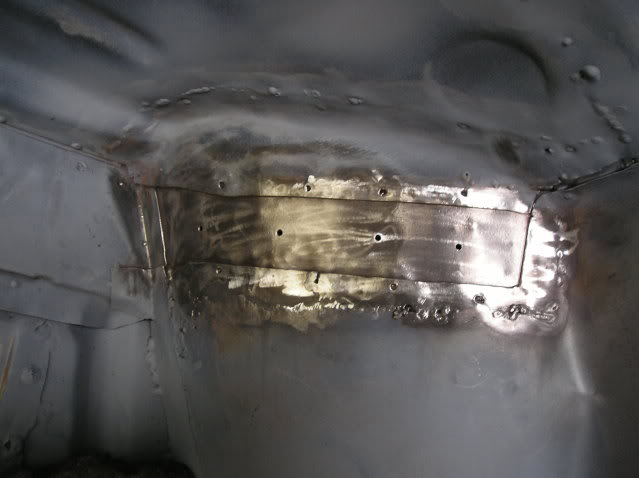 6th May 2009 • 04:45AM
Some more done, I Seam welded up both sides of inner door post closing panels, attached the bonnet bracket , seam welded the top flange of the sills both sides and tidied up a few other areas then some primering to stop rust. 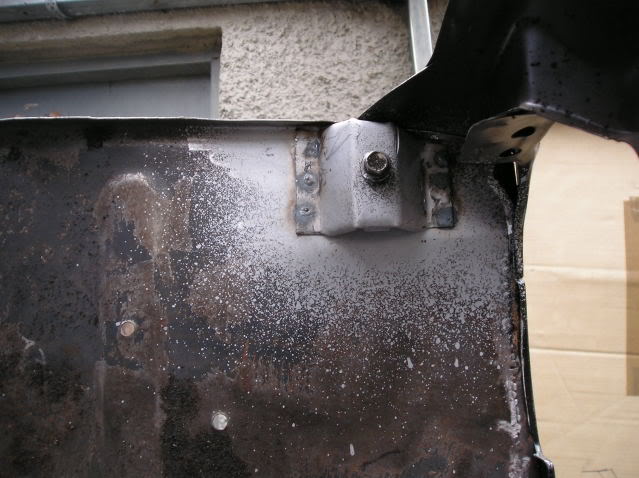 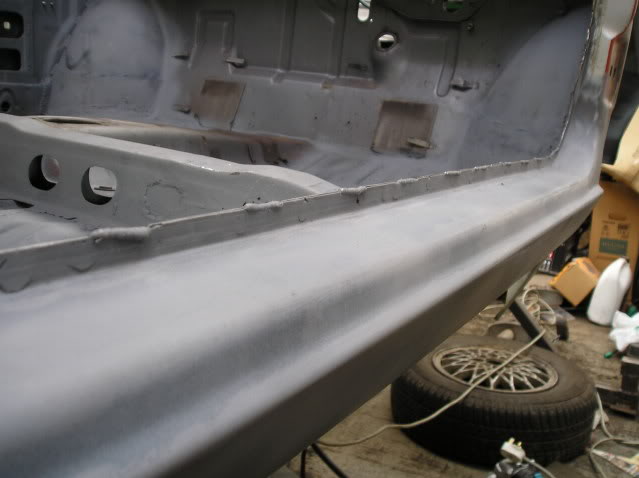 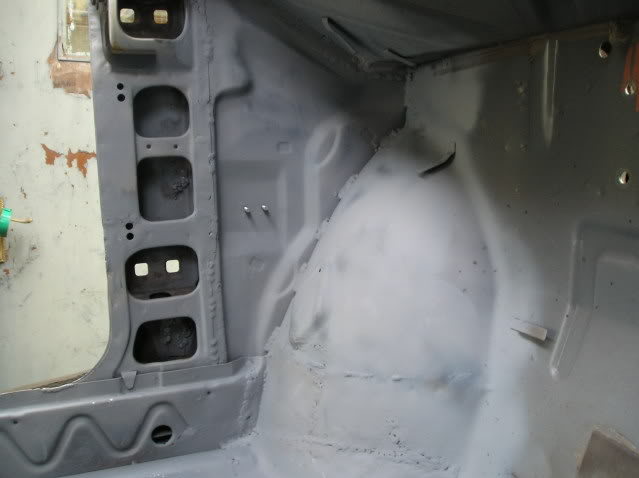 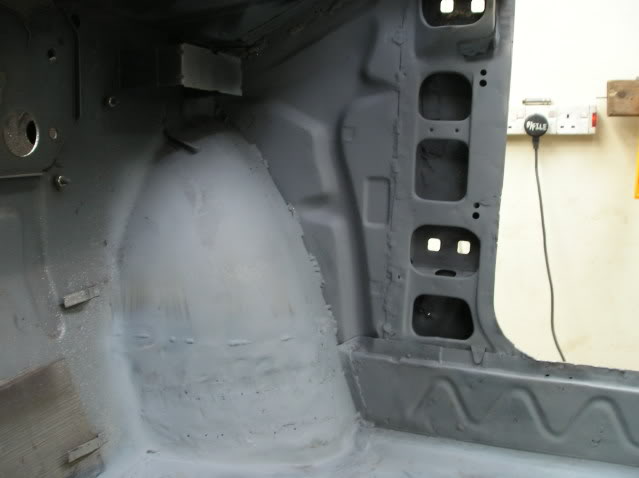 Got the engine bay bulkhead cleaned up and all the waxoyl removed and then a coat of primer. I removed the battery tray to grind the weld behind it but found some rust holes to fix first. Repaired some grinders yesterday as a couple were not working or had dangerous leads.The spindle casing had spit in one so used parts of it for the others. 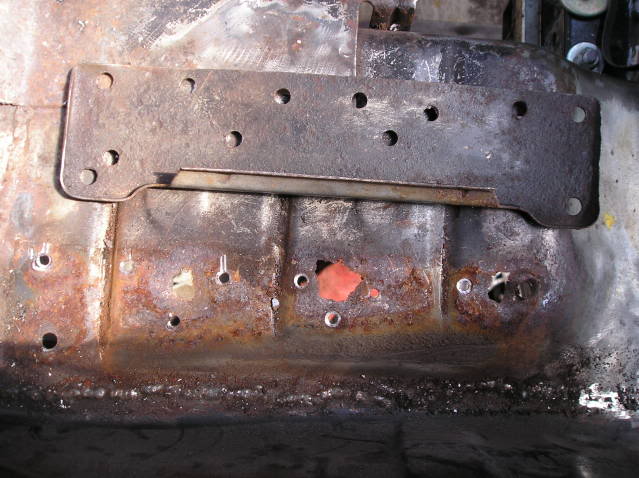 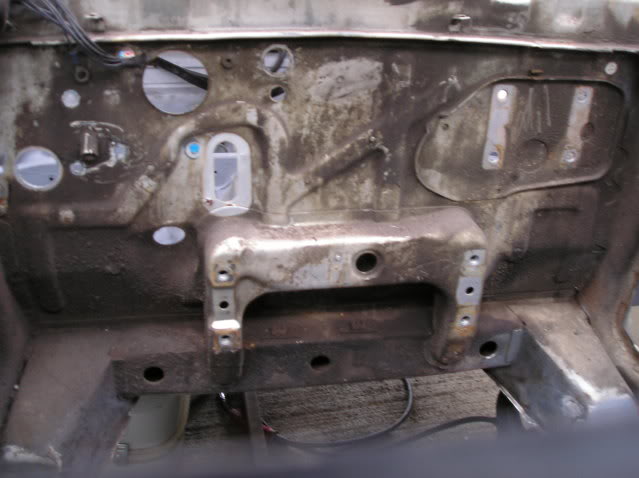 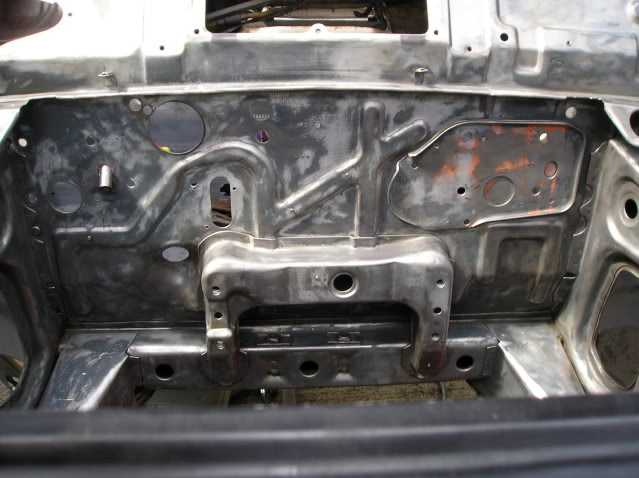 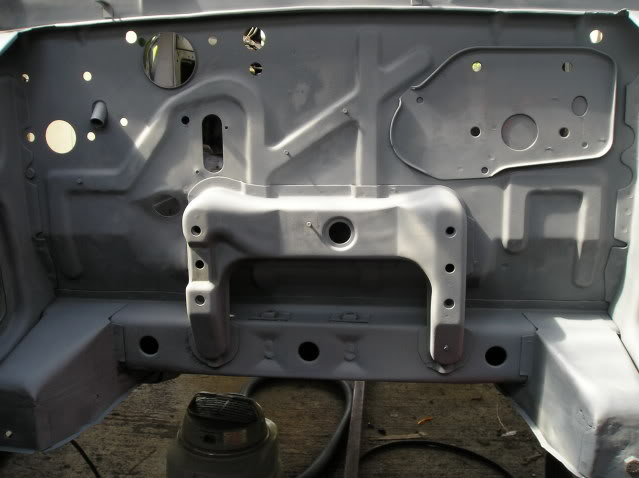