I moved the car out the garage this morning, gave it a little dust off and took a few pictures, hope you like. 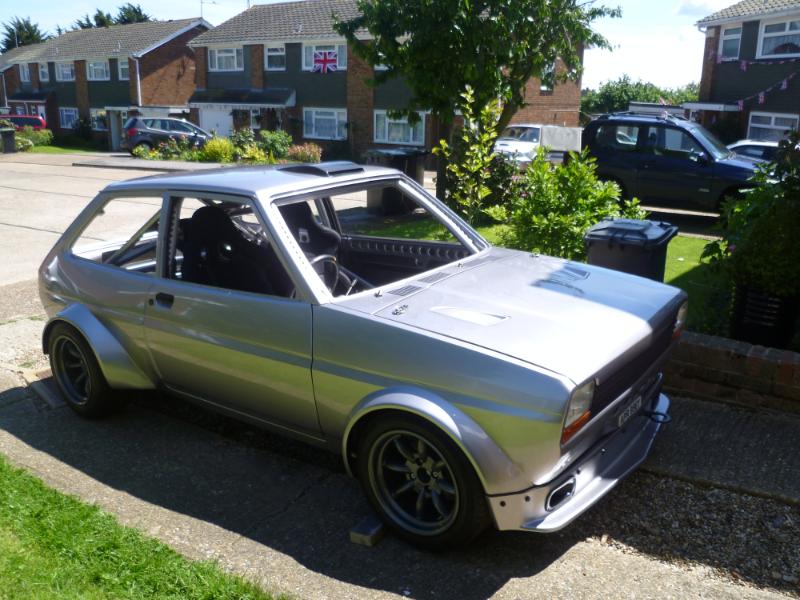 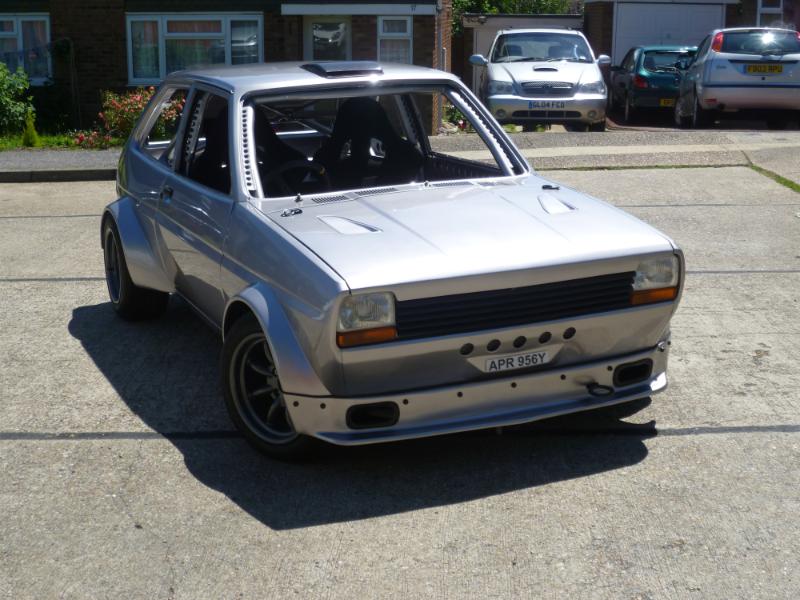 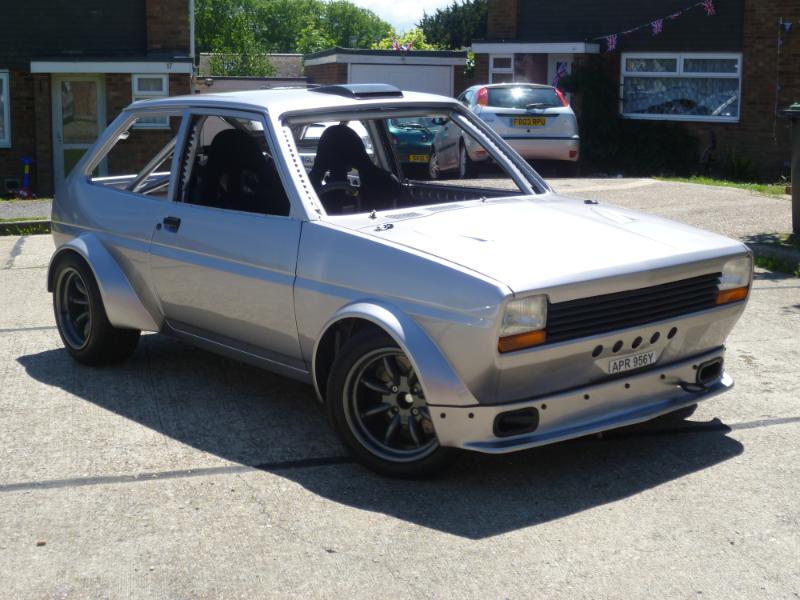 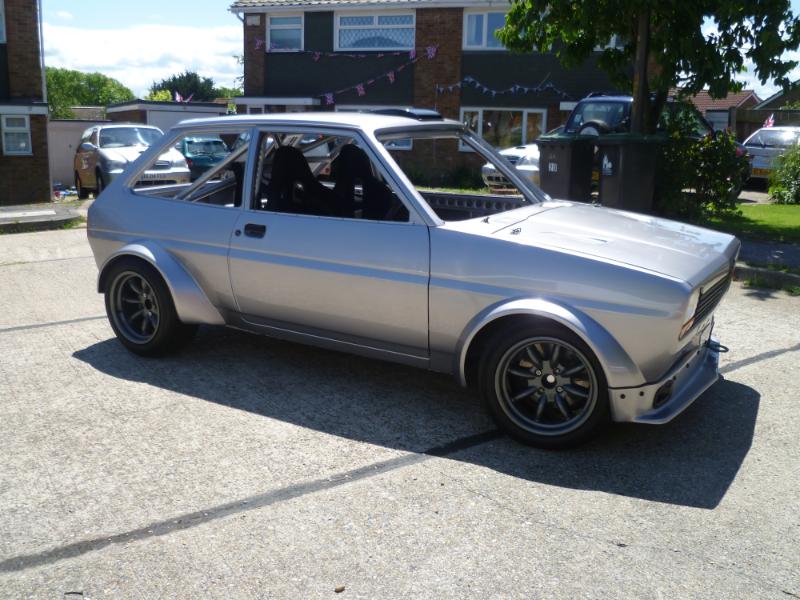 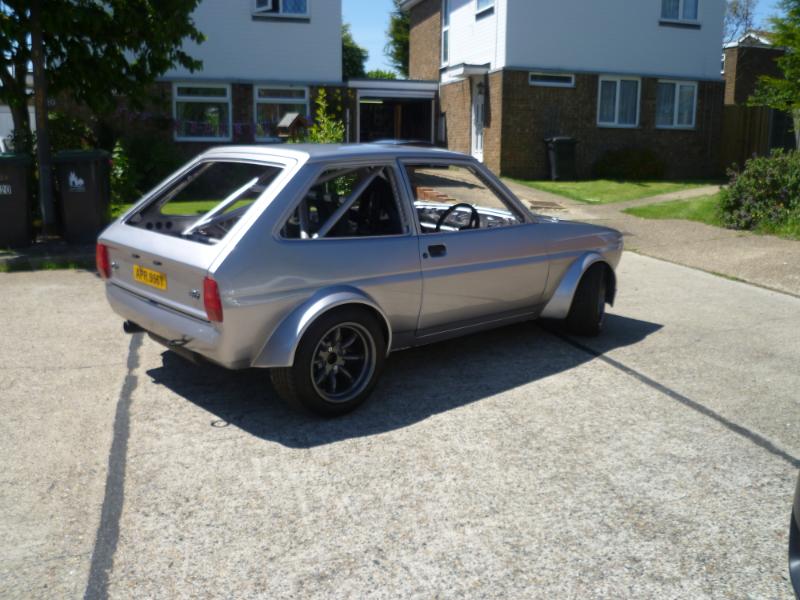 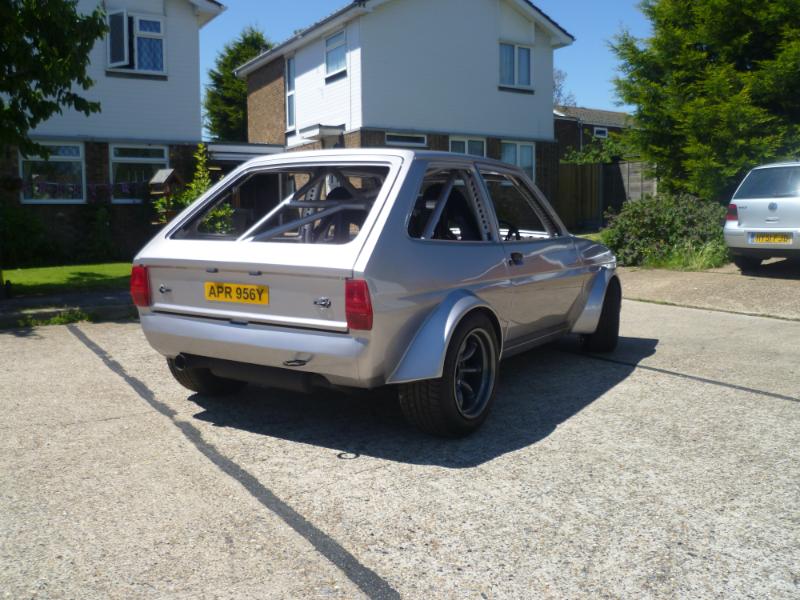 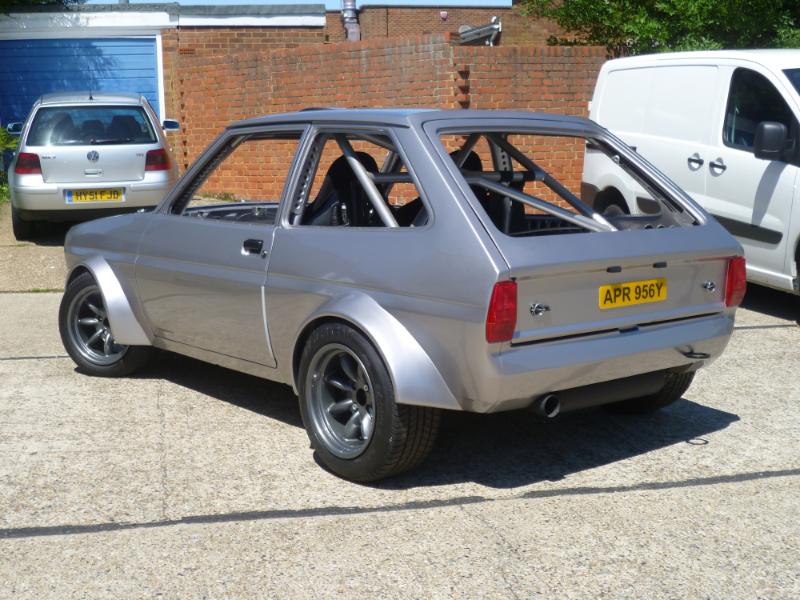 Also fitted the fuel hose, that's about all I've done in the last 2 months!! Must pull my finger out! 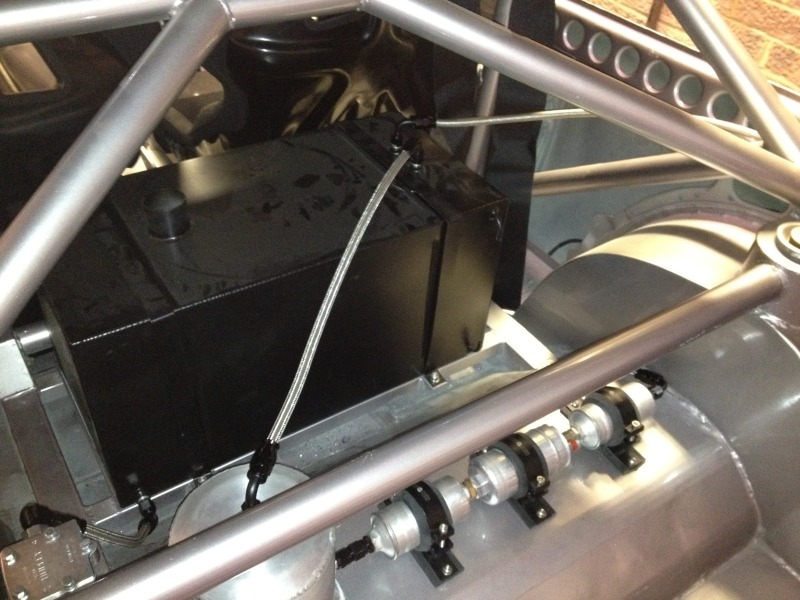 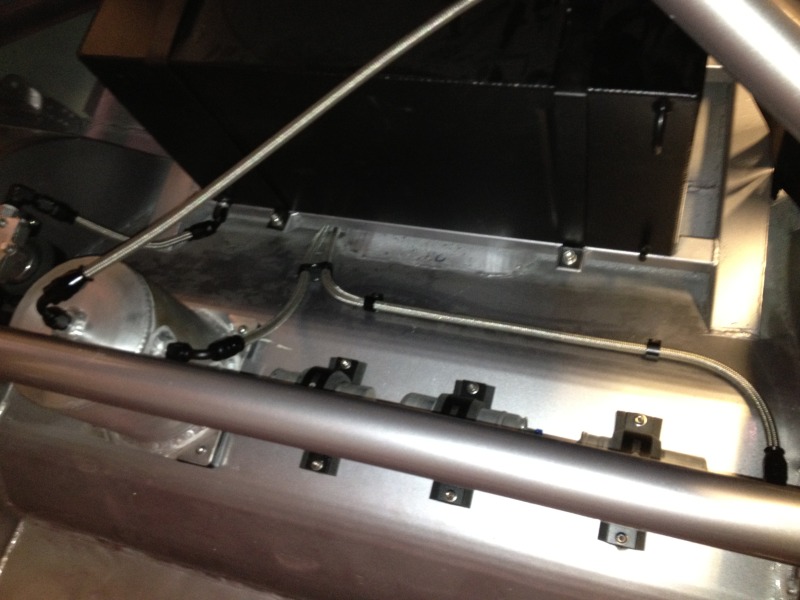 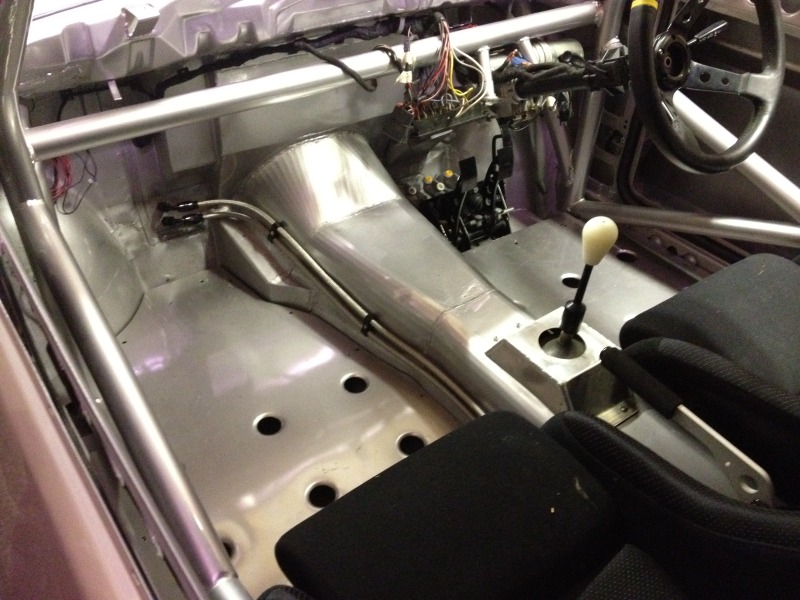 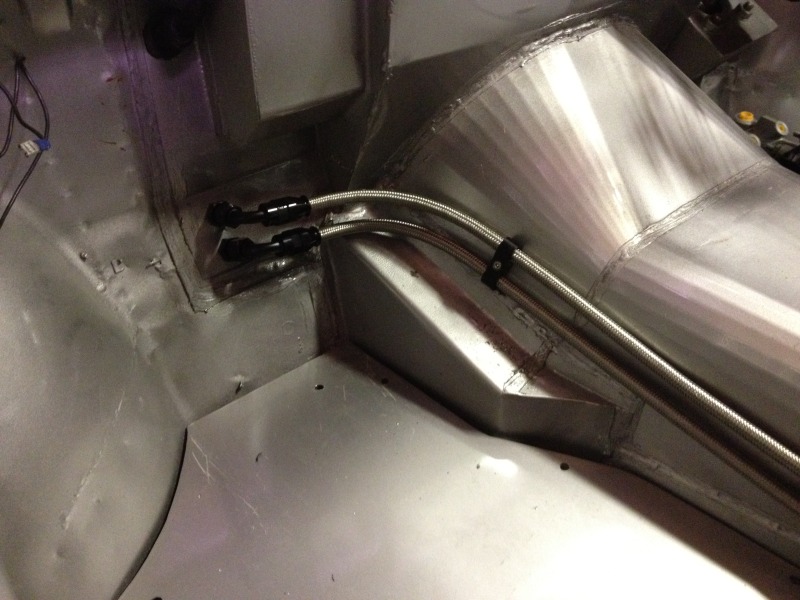 Finished the alloy part of the dash and console, so made a mock up of where the gauges and switches etc will be going, now the dash can be prepped and flocked, going to have a carbon fibre front piece on the dash too after its flocked. 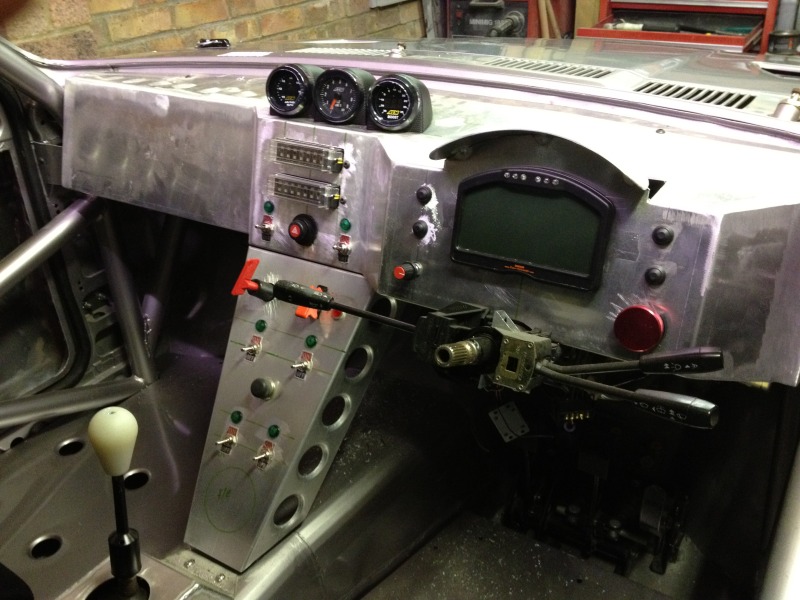 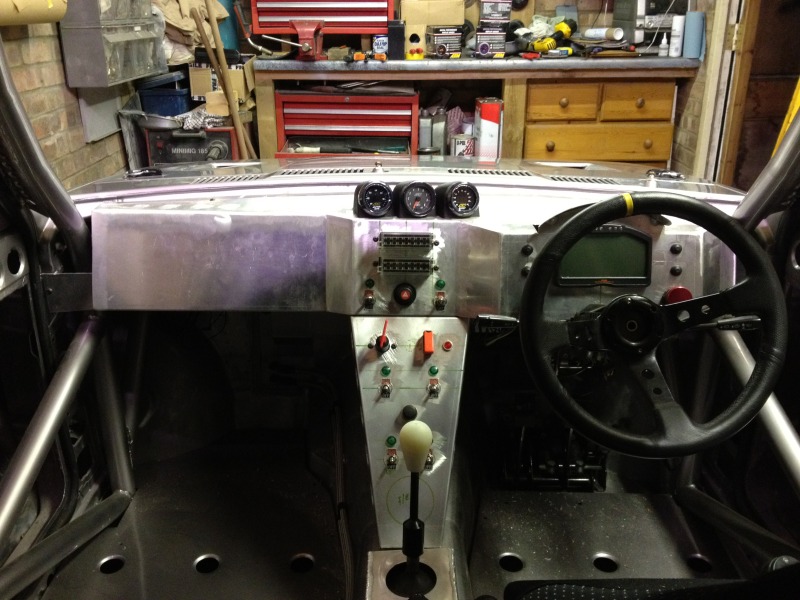 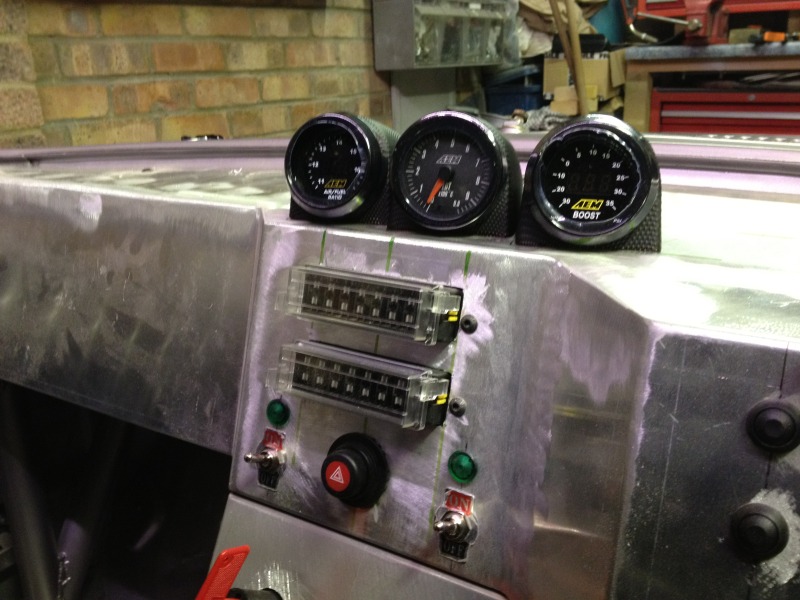 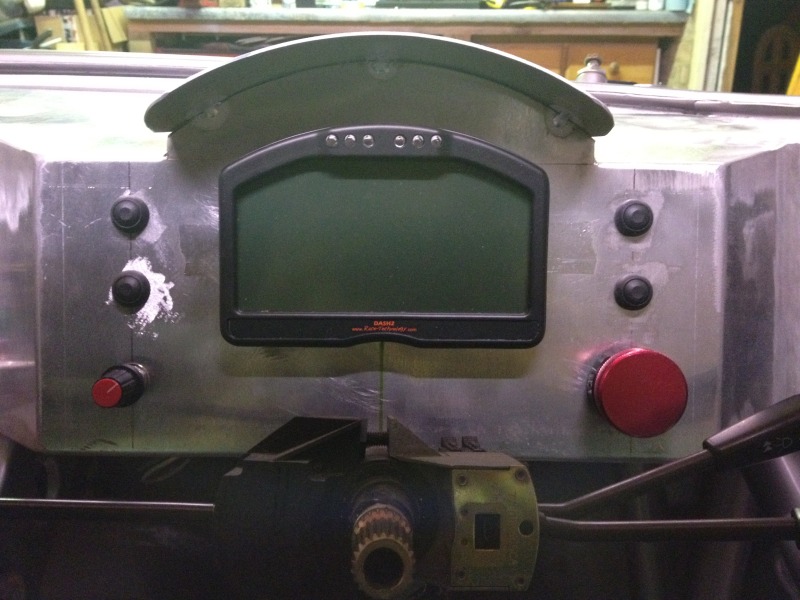 Well its very nearly ready to start, only a few things left to do, Intercooler Pipes, Wiring for alternator, finish off coolant pipes, finish oil feed for turbo, put some oil and petrol in it and fire it up 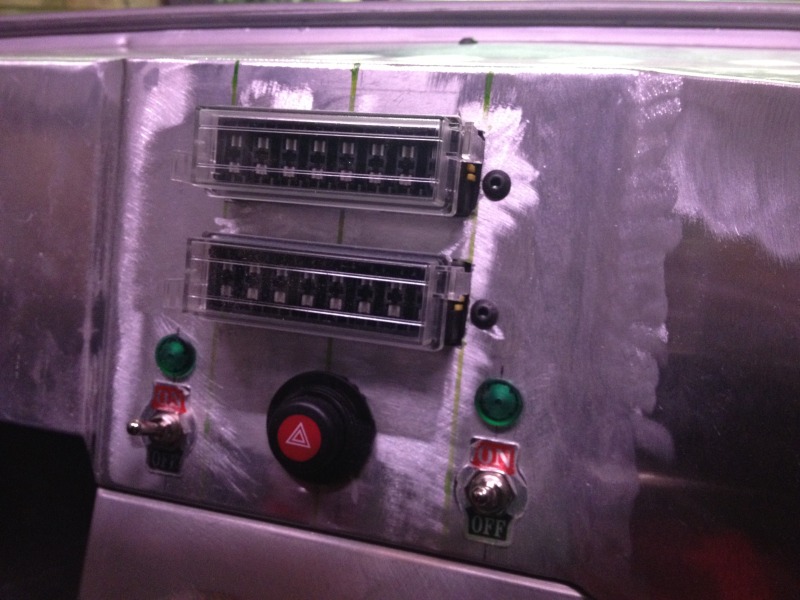 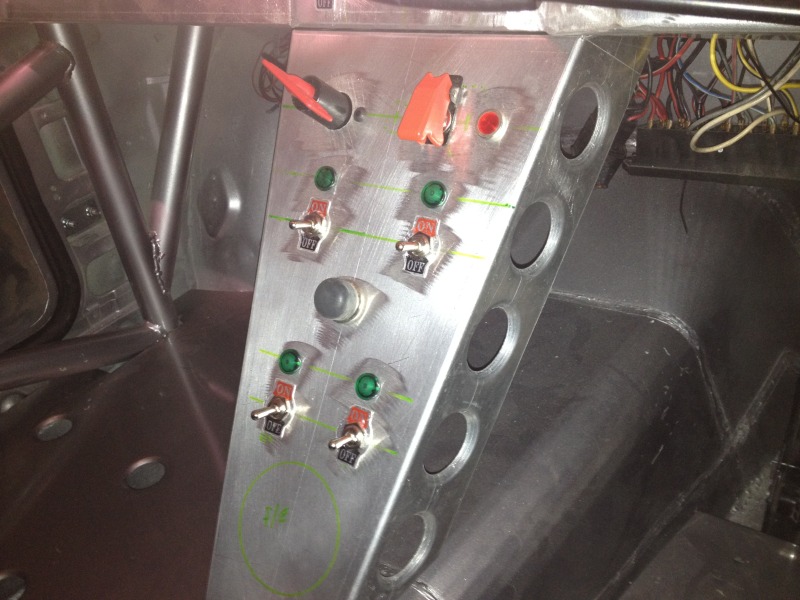 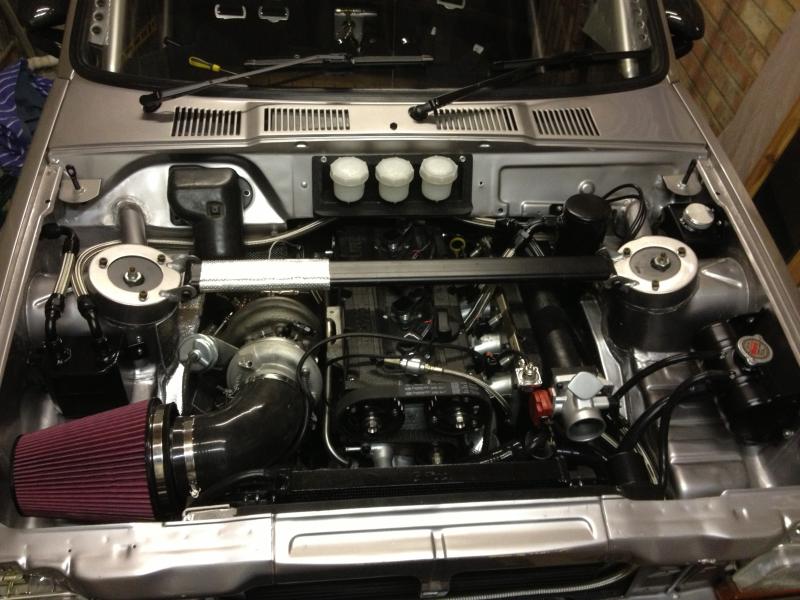 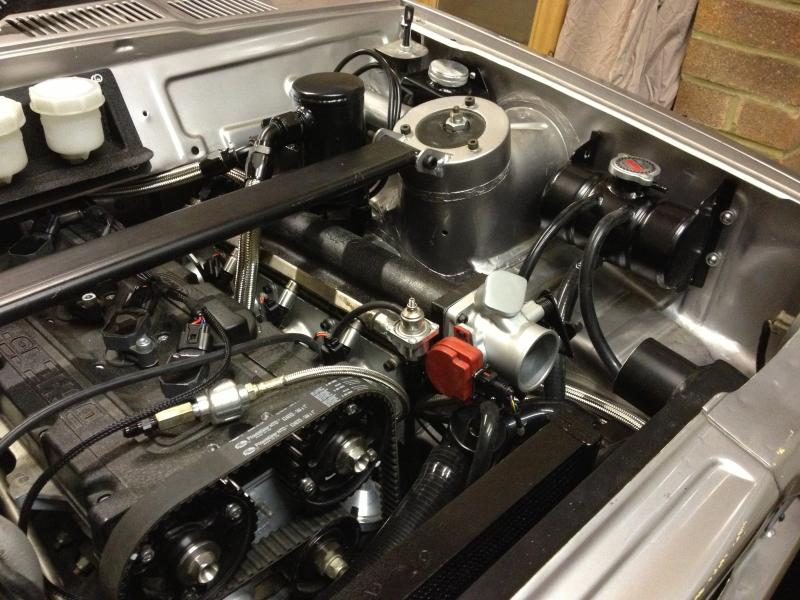 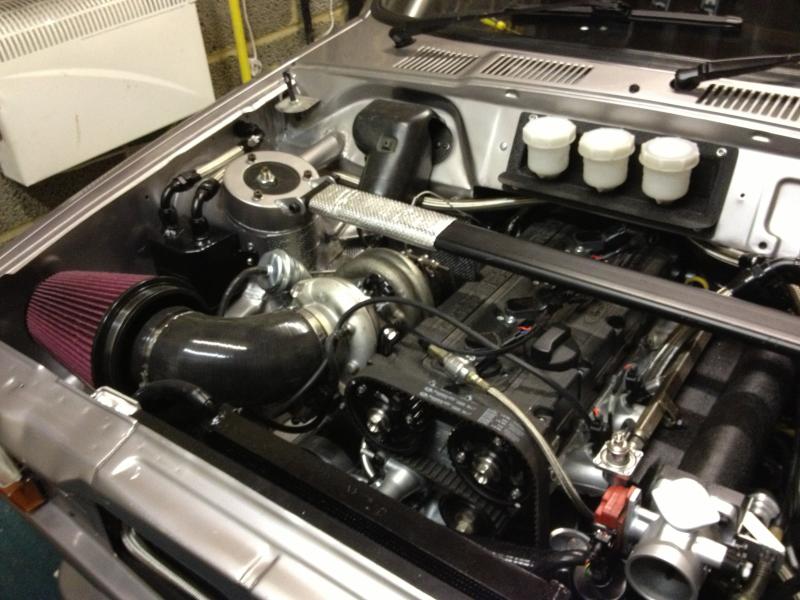 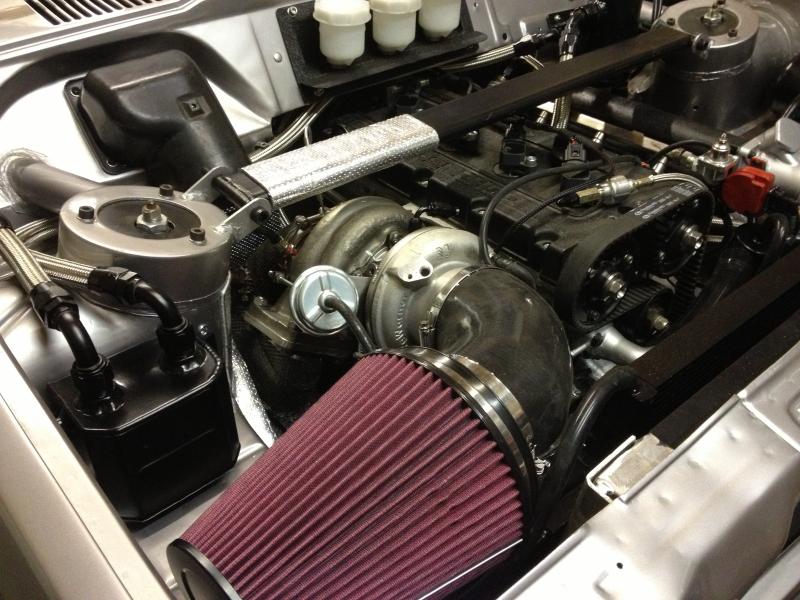 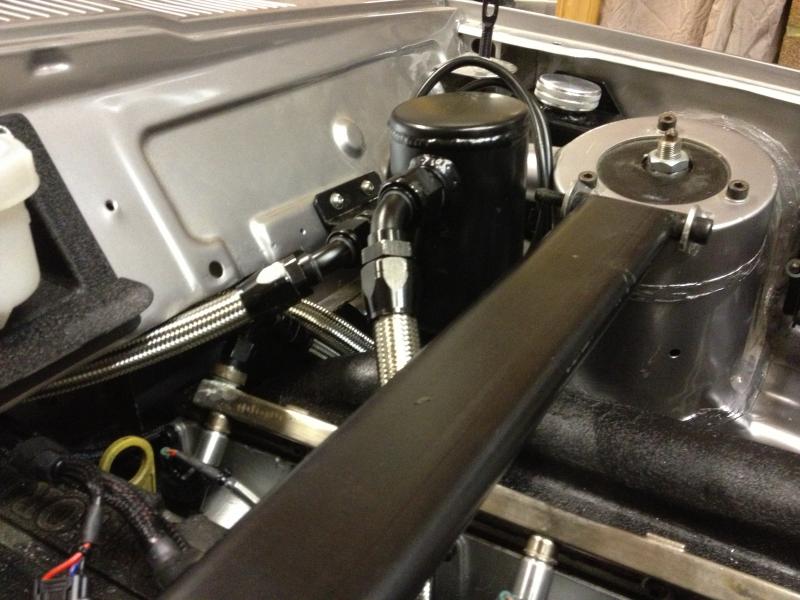 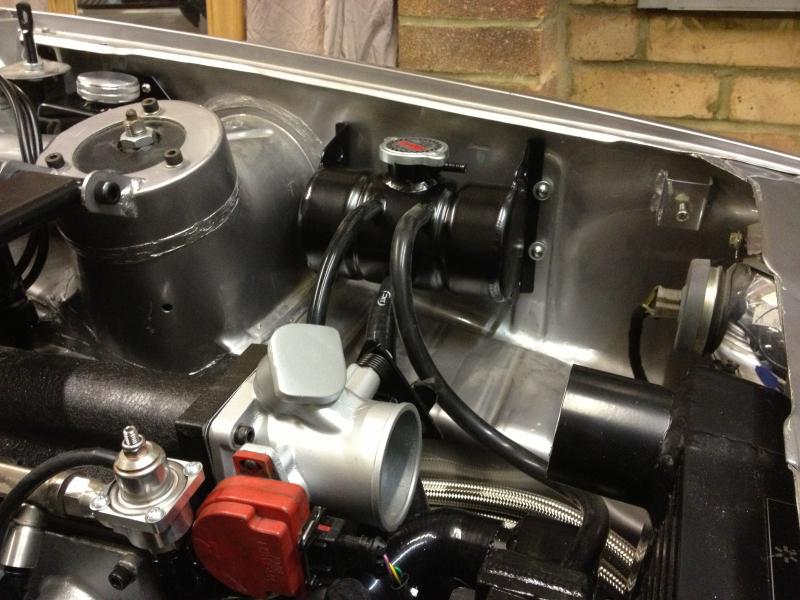 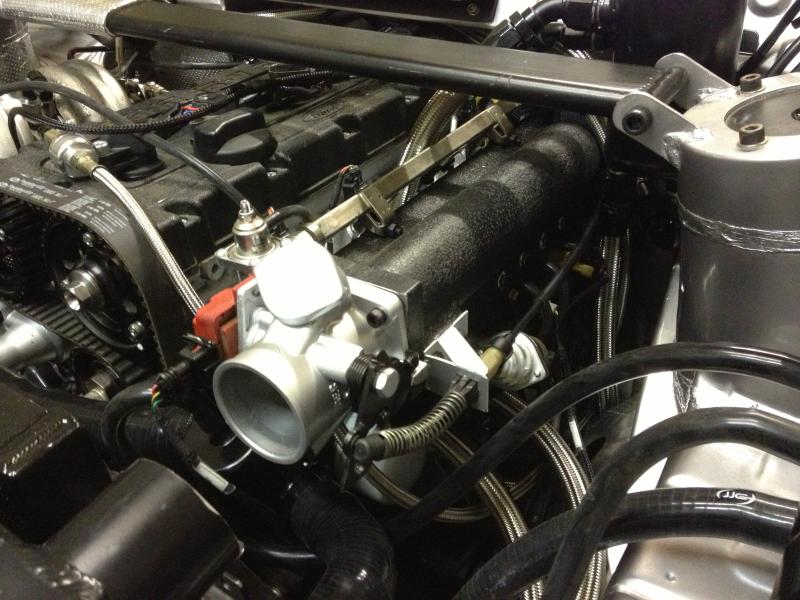 Well things didn't quite go to plan, it runs.....eventually but over revs loads. It's cause when I capped over the bit on the throttle body I didn't plug the holes up, silly mistake to make. Pulled the throttle body back off to fix so should be back up and running properly. I have got a video which ill put up tomorrow once I've figured out how to do it.

Heres a short video of it running, just need to weld up the throttle body and it wont over rev.

Not a good day yesterday, got it running properly and not over revving, bled the brakes and all was going well. Then bled the clutch and fluid pissed out of the bell housing, so had to take the gearbox out to sort that out :wall: All back together and bled up fine this time. Was feeling brave so tightened the wheels up and put it on the deck, and took it up the road, a few knocks from the suspension and a bit of wheel rubbing but nothing that cant be sorted with a bit of adjustment, then catastrophe struck! it started tapping from the top end and all oil pressure was lost, 0.1 bar of pressure on the gauge. So after a bit of investigation the oil pump drive has sheared off the top of the oil pump, after speaking with mark at MA Developments he said he had never seen this happen before, and nothing really can cause this other than a faulty oil pump. So its suspension off, cross member off sump off and take the oil pump out and change and put back together again. one step forward 2 steps back!

Thankfully I don't think its done any lasting damage, it was only running for a couple of mins, no rattling from the bottom end just noisy tappets which alerted me to something not being right. Would have been game over if it was hammering down the road at 100mph though!

Good news, took the car apart and its the shaft for the oil pump that's snapped, where that goes into the pump it seems to have a tight spot so would definitely appear to be a pump issue. Took the mains and big end caps off and the shells are unmarked so a lucky escape on that front. Pump has been sent back so just waiting for another one to be sent out and its all systems go again. I hope to have it on the road and MOT'd next week.

Well classic ford show got me right in the mood for a bit of fiesta progress so it's geometry set up tomorrow morning then off for an MOT in the afternoon!!!