Got the front panel off today,the crossmember is fairly rusty too although solid. The car had a lower front panel in the past, a firm whack with a hammer and it fell off! Looks like most of the flanges need to be repaired as well. 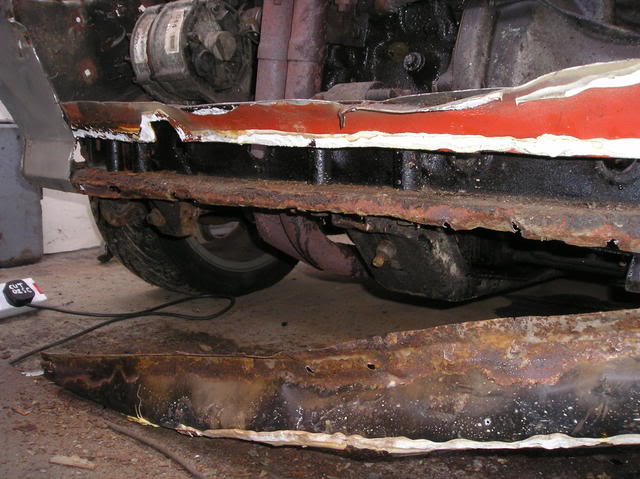 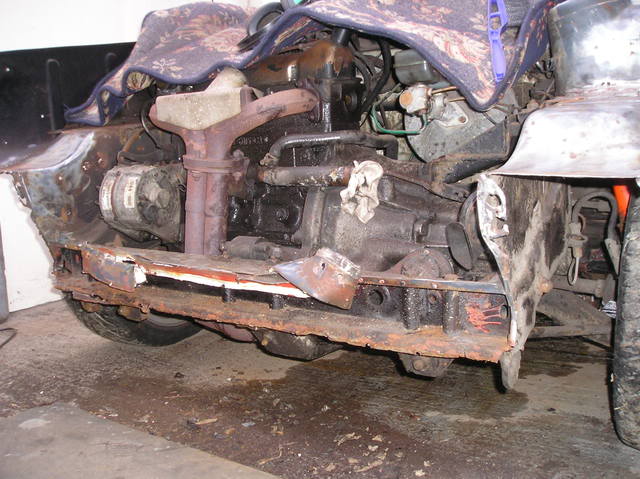 The engine is out

Dropped the engine today as its getting in the way.Things got of too a bad start as I couldnt find my balljoint splitter and wasted an hour looking for it.Got it eventually and got cracking on.Everything came off easily but forgot to remove on heater hose and snapped the matrix pipe off as the engine was moved. I dont have an engine crane but didnt really need one.Then wheeling the engine out the trolley took a wobble and crashed into the tail light of the other car breaking it. Just not enough room to work.Cleaned up the inner wings a bit with a wirewheel and they look good mostly.What a dirty job removing seam sealer /underseal is .I was covered in it. 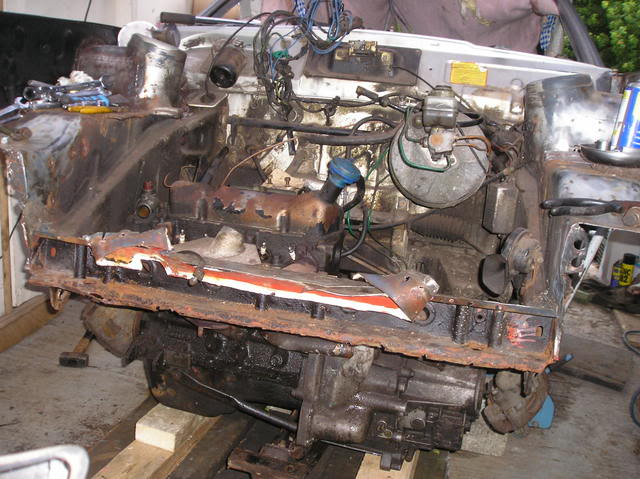 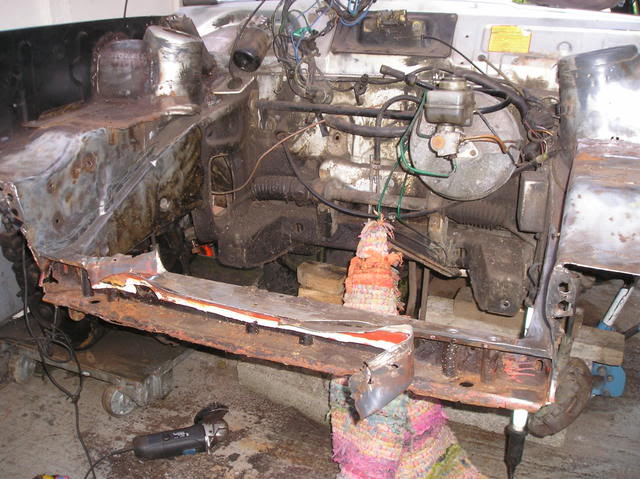 You can see the reinforcing plate that will need to be drilled in this pic below before the crossmemeber can be freed.Luckily both sides are ok. 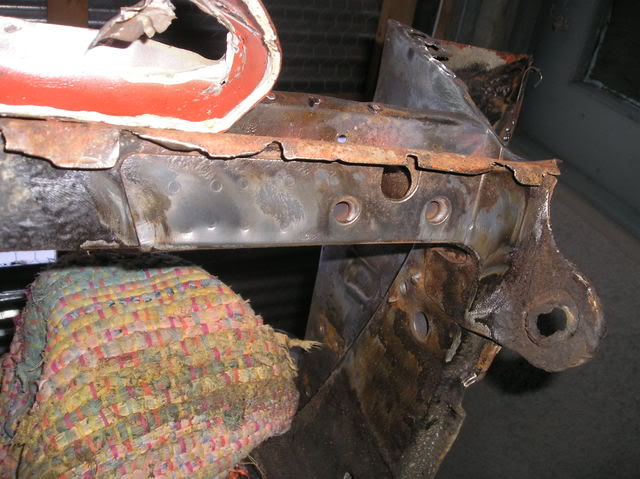 Drilled out all the spotwelds I could find and chopped the crossmember out.I kept the reinforcing sections either side as they cleaned up ok.New crossmember welded in but on the drivers side part of the inner wing where it joins to needs repaired before I can go any further. 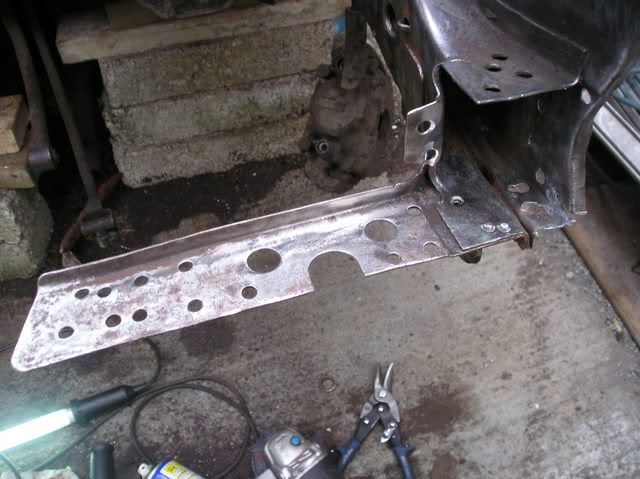 Lots of small repairs needed before the front panel goes on but getting there.

Back to the front panel 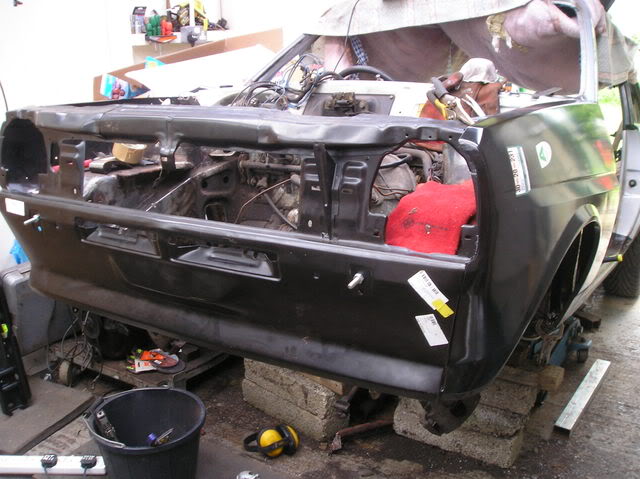 Front panel trial fitted but the crossmember lower edge seemed to low to align with the panel.After a lot of head scratching and trying to push it up with the trolley jack I put the bolts in the crossmember and that pulled it into line.Trial fitted a wing but any hope of an easy fit was not likely after all this panel work.Im getting there but it will be a while yet before the wings are on. A good weeks work though. 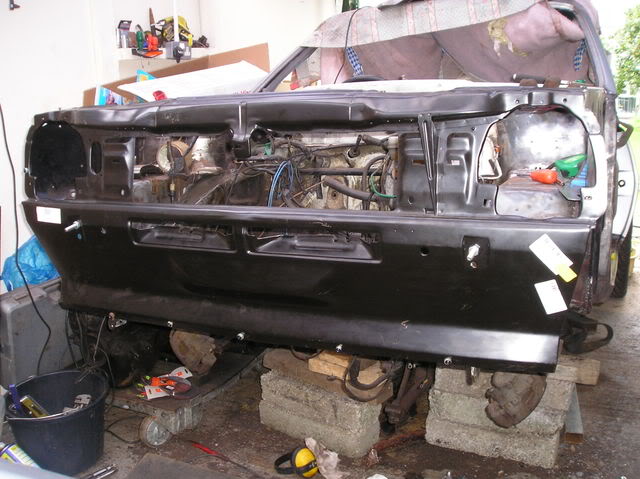 Front panel held on with self tappers, brought a roll of mig wire to fit but never got round to it.No welding to day. Managed to put a slight dent in the wing as well trying to align it.

I got the inner wing flanges and the bumper mounts remade today.Bit of a fiddly job but turned out ok.Just cut most of it out as it was beyond repair.The problem was there was nothing to work from as most of it had rotted away.Should be ready to finally fit the front panel soon. 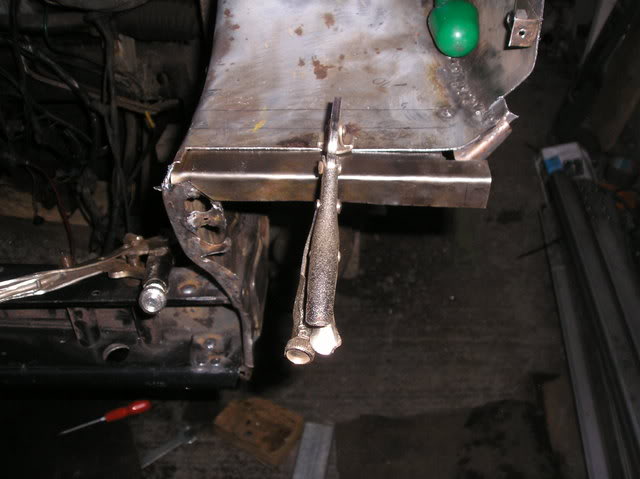 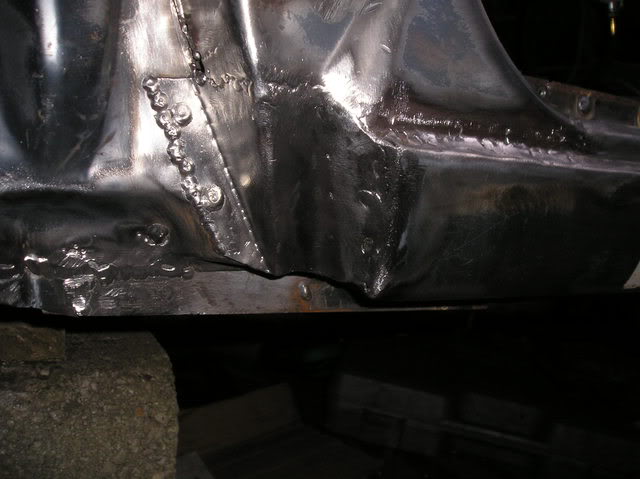 We have a front panel again

Got the front panel welded on today at last ,almost looks like a car again now. Was having problems with wire feed probally due to the torch being wrapped round me while under the car as I welded from the engine bay out as it was easier to punch the holes in the crossmember.

Must have had that front panel on and off about 20 times making checks before welding. 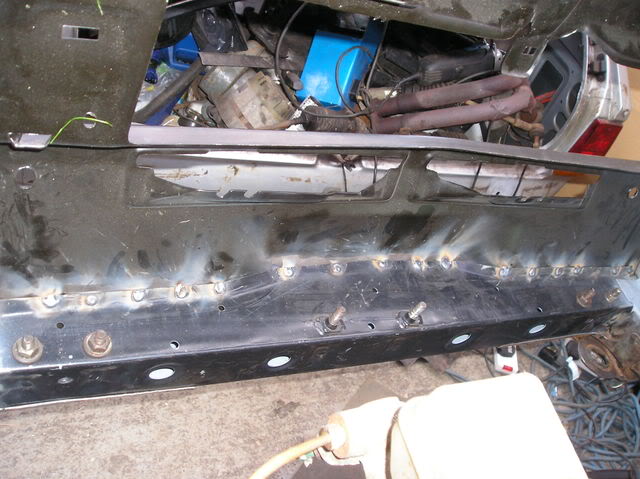 A power upgrade for the welder

I put a 32amp plug on the welder as I had it wired into a 13amp one which isnt really suitable for higher power.I ran a heavy lead in from a shed behind this one as it has a proper 32a supply.

I also jacked the fiesta up higher on old wheels ,shame I didnt do it before makes life easier.Got 2 patches sorted in the passenger floor, one of the many little jobs that needed sorted.Id had been patched before but was untidy. 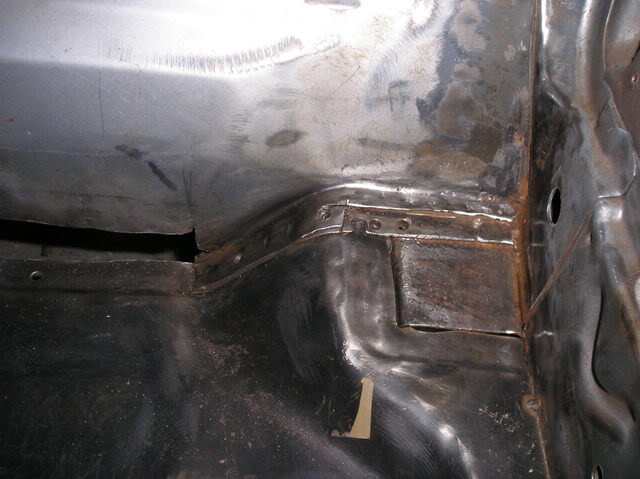 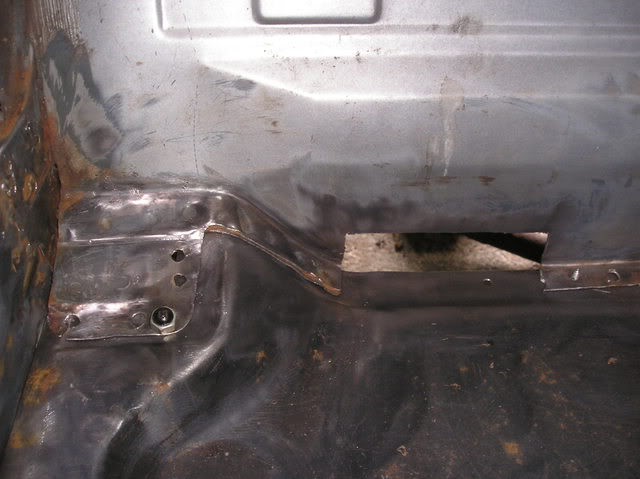 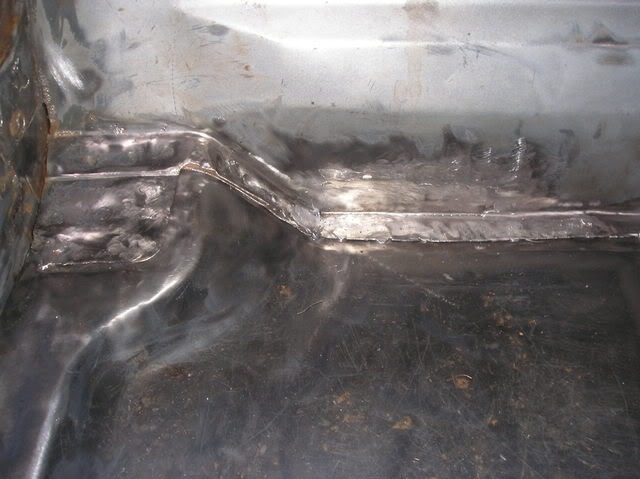 Got the other side patched today.The seat crossmember will probally be next for repair .

Still lots to do yet before painting:

Thinking of making a spit too as fed up of crawling on the floor.