I got the new steering wheel fitted the other evening and took it for a spin.
The exhaust has unrestricted it like I could'nt have imagined and after taking out a fair amount of 'balast' it feels pretty urgent.
The new seat and steering wheel has given it a superb driving position and feel but I am restricted reversing with the fat ass wings on the seat.
After entering the Santa Pod RWYB challenge I've now got my race number in vinyl on the rear screen which I would imagine is going to trigger knob heads asking questions when I'm out and about. Went to Pod yesterday and went out early on for two runs but as most who ran yesterday will confirm, it was slippery. I ran a 15.1 then 15 dead.
Left it till it warmed up and the que dropped and ran a 14.7 smokin an Supra. My last run I did a 14.9.
I am struggling to get the power down. Trying to feather in the throttle on launch, tyres and an open diff just aint working. Time to look out for an RST box . 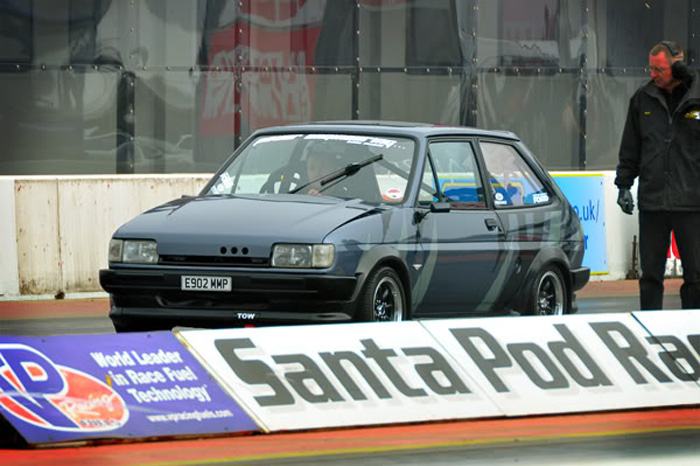 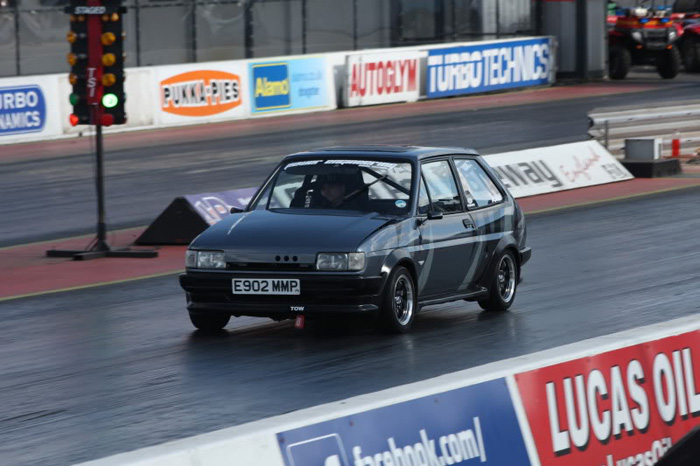 Nothing too major to report. I

Couple of pics from FITP 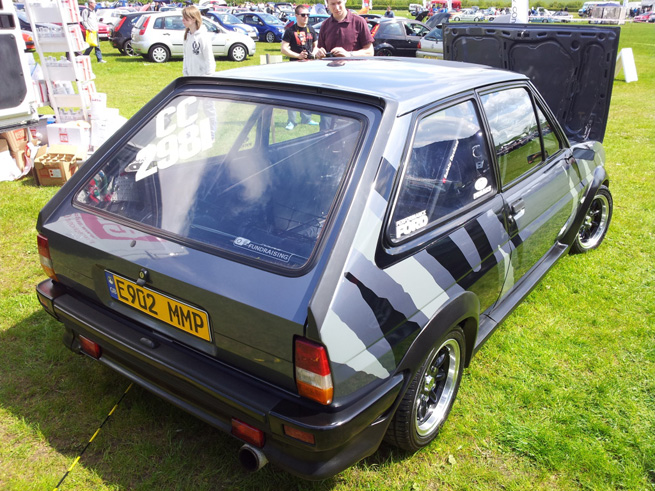 It was the wierdest show for me. Its right in my back garden with a whole 3 miles from home yet it took an hour and a half to make it there! I broke down on the A14 when the car just died. A quick call to a friend had me towed home and after alittle head scratching it was getting no fuel. Some how I'd knocked / caught the regulator and it was set on 0.5PSI :blub: Within 15 minutes I was back on Performance Ford stand at the race course cleaning. Lame ass show but great to see so old and new faces!

Nothing major to report. I got a new steering wheel the size of a 1 pence piece as the old one was too big and in my eye line. Utter mofo in tight spots but allgood on the road. It ran consistant 14.8 runs at pod on Sunday and it didnt miss a beat. For some reason of bored of it right now. Ive had it approaching 5 years and it has turned from a passion to 'something in the garage'.

Bike carbs . . . . Anyone who has had them will know they have a tendency to jump out of there hoses from time to time. Mine luckily have only done this once when I first got them and after a year