Passed its mot fine today and got all the geometry set up too so it drives a lot nicer. One problem though....... Driving it home I gave it a bit if boost and it lit up and tried to kill me!!!! Is definately an animal to drive, I need to grow some balls I think!!

I took it out on Friday and came off a roundabout, put my foot down in 2nd and it lit the rears up, then put it into 3rd and it lit the rears up again but I kept it planted and it just snaked a bit and then got grip and it was off. When it comes to mapping her properly mark did say he could map different amounts of boost in different gears, so a lower boost in 1st and 2nd would make it as quick but with less wheel spin. But to be fair a car is a bit boring if it doesn't scare you a little bit.

Well I've done 200 miles in the car now trouble free (touch wood) so as mark has advised me that 250 running in miles will be fine so only another 50 miles and it can have the final map, and also set the anti lag and launch control up. It's actually ok to drive on the road apart from the noise inside the car but ear plugs sort that out. So on the day he maps it were going to do 80% of it on the rollers as I don't fancy driving it flat out on some A roads. Anyone want to guess what sort of power she'll make?

Brief Engine spec for people that don't know is;

Well the car is booked in for mapping this Thursday. Its being done by Mark at MA Developments. 90% of the Map will be done on the rollers and then checked on the road. The Anti-lag and launch control will be set up at the same time, also a switchable boost, one set at around 20psi and one at around 32psi. Im looking forward to it but also a little nervous, I hope all goes to plan! 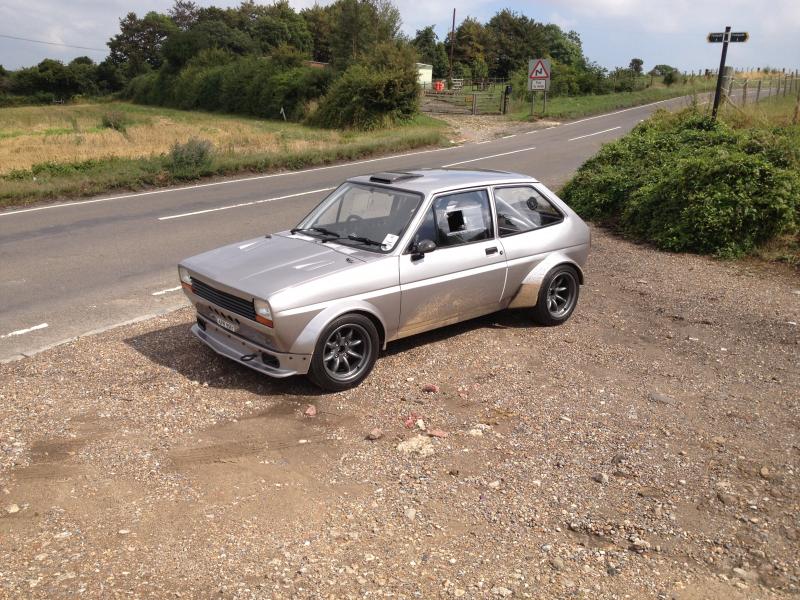 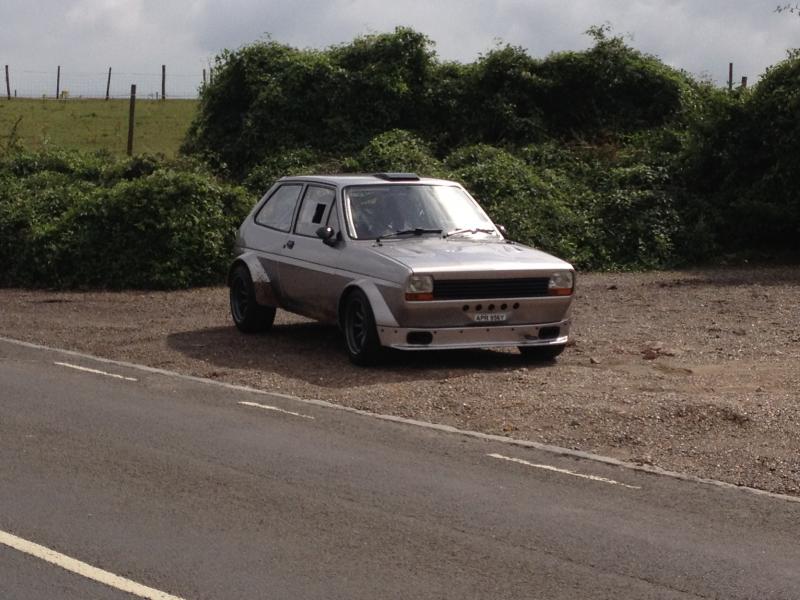 Not quite gone to plan, mark has had a job over run so can't map it tomorrow. Need to rebook for next week at some point. Updates will have to wait.

Well I took the car up to meet mark at motorworx in Marlow to do 90% of the mapping on the rollers, things didn't quite go to plan.... turns out I haven't got a high boost actuator on the turbo, this meant we could only get 1.5 Bar of boost out of it before it blew the wastegate shut. After 3 hours of being there trying different things before he came to that conclusion it made an massive 373 BHP. So I decided to leave the car with Mark for him to fix the problem, he's also going to Map it on the road this coming week once the new actuator is fitted. Once I know its all done the plan is to pick it up on Sat and take it back to motorworx for a power run just to see what it makes.

Here is a short video of one of the runs.

Im having thoughts about selling up, the thing with long term projects is you begin to resent them, when you start its all enthusiastic then the further you go that wears off a bit. Unless money is no object you start to realise there is other things you want to spend that money on, so that also makes things go slower. My car particularly I wished was done a couple of years ago, that way I would have enjoyed it before it got to the resentment stage. I honestly don't know what to do with the car, if someone offered me enough money id let it go for sure! I wouldn't have done if I had to pay someone to build it for me. I know you never get back the money you spend on building the cars, I know what I'd take for the car, but whether anyone would pay that is a different story.

On a lighter note, part of the mapping was done today, a few hurdles to overcome though, only got 75% throttle due to the linkage, and theres some electrical interference with the laptop, when its on full chat it turns his laptop off. He did say it saw 2.8 bar of boost and it was smoking the tyres though lol I think he's secretly enjoying mapping it!

Had to collect the car on Saturday from marks as it had a few issues that needed sorting, mapping was 90% done so all that was needed was to sort out the power steering that had stopped working, the communication issue with Mark's computer was the main problem, turns out on my laptop using a Comm lead rather than USB it works fine so that's all good. Had to take it out and make sure it didn't drop its connection at full boost, now bearing in mind I haven't driven it yet with it set up properly.....Wow what a difference, 3rd gear in the dry just shreds the rear tyres and 4th gear at 100mph plus as it jumps over a bump it spins the wheels, quite a handful to say the least. Its going on the rollers tomorrow so that will be the moment of truth, Mark did say its a good idea to limit the power as it is borderlineing on un-driveable as it is so will have to wait and see what it ends up with.

Results will be tomorrow.