Well after a long day the car is finally mapped. Had a few teething problems but nothing that couldn't be sorted, I hadn't realised that BP Ultimate fuel was so bad, we were going to loose nearly 25bhp if we continued so we decided to drain 50 odd quids worth of fuel out and re fill it with optimax. The other problem was the wheel spin on the rollers, and the tyres starting to melt. Was a case of putting fans on facing the tyres and some 5th gear runs. Anyway after all that it made 521BHP and 517lbft torque.

I'm very pleased with the result, its the icing on the cake really to see the hard work and money paid off. Just got to set up the launch control now and its done. On the Low boost setting it made 410 bhp and 374 lbft torque so that's good going too.

Haven't driven it yet after being mapped yesterday, last week driving it was around the 470bhp mark and that was insane really, wheel spin in 4th at 120 mph! Now mapped properly the power comes in a bit more progressively so hopefully will not be as much of a handful. Mark suggested some R888's for the rear at least to try and get the power down a bit better.

Time to sell up

I think I'm going to get rid of the car early next year, most people would say I'm crazy after sinking over 30k into it and nearly 5 years of my life but truth be told I don't actually enjoy it. My enjoyment was building it and making all the one off parts needed etc. I haven't even done a track day in it yet either as I'm afraid of something breaking or wrapping it into a tyre wall! This was only ever meant to be a cheap track day toy to use and abuse and I cant bring myself to do that to it. I've now got a house that I want to spend time and money on as I spend more time in that than in a car. Anyway not that I need to justify my actions, well maybe to myself then but this is more of a prior warning to someone wanting a project next year. I think ill be better of breaking it, then someone can put there own stamp on the car, and it wont make as sick to see the car in someone else's hands the way I finished with it. I will advertise from a bare shell and if there's any takers they can then add back onto the car what they want to buy on top.

Well I had to say goodbye to the shell today, I actually was a bit upset to see her go but the guy who bought it will get it back up and in the road soon enough. A few years time I'll have another bash at one, an evolution model next time with more power and definitely 4wd with a sequential box. 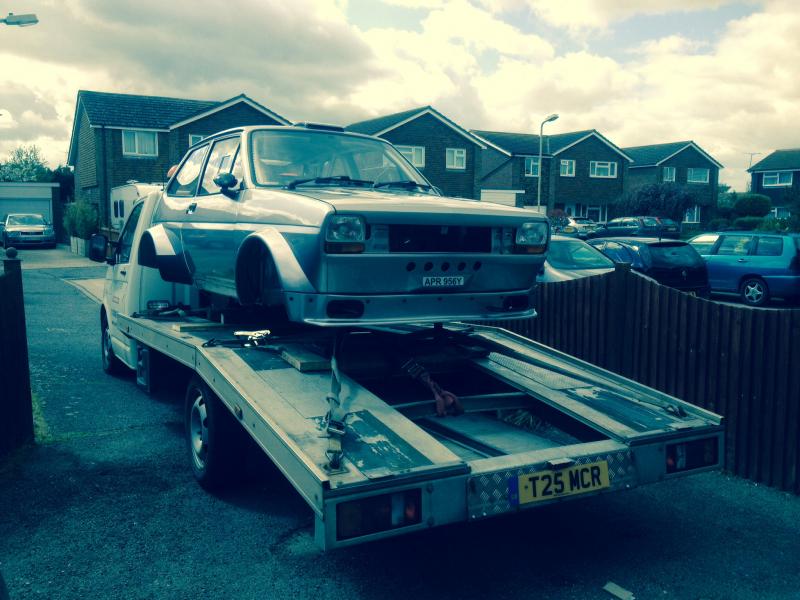