Andy came round about 12ish, swapped the pins over on the omex plug for the coil pack, new earth and ignition live to the omex too. Then tried to connect the laptop upto the ECU, still wasnt connectong for some reason, we tried everything, then went to maplin to get a serial to serial cable and took the car battery, omex and my spare loom in the house to try and link it all to my computer and great success! it worked. Andy sorted all the settings on the omex, took it outside and the car seemed to run a little better, then took my computer outside, fired in the lambda sensor in the exhaust and began mapping.

Just got back from Mikeanics, these are the results: 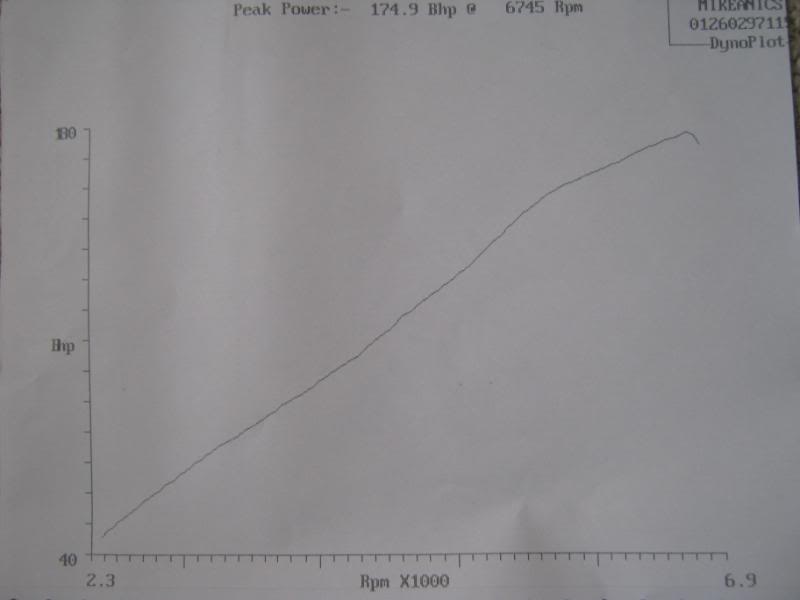 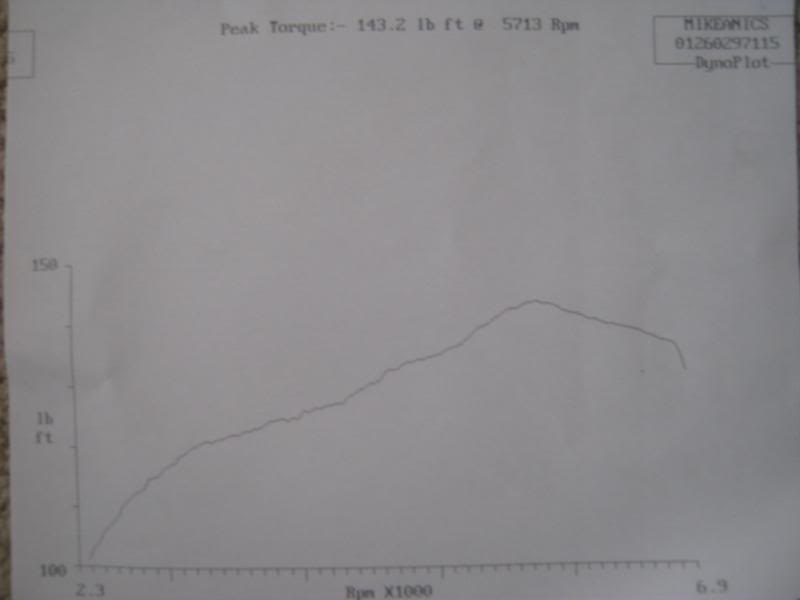 Exactly what i expected to be honest, and the drive of the car is so much nicer/better now, ridiculously smooth and the sound is epic! Problems of the day were that the throttle linkage separated on the way there and on the way back, it need some M6 locking nuts for the bar that connect the throttle linkagee to the bodies themselves, also noticed the fuel dripping out as it were being mapped, it's constatly dripping from a few different areas, think its the sender seal on the top of the tank so job for saturday is to drop the tank and see whats what, sigh.

I just got the nut for the throttle linkage so hopefully no more problems there now, and I also set the idle to 850rpm. Sarted the car to see how the map is from cold, it started without even having to press the throttle at all and after 1min of running its spot on, just a little boggy for the first minute, nothing major or nowhere near as bad as the carbs were.

I sorted the tank leak, it was the seal on the top on the sender, was a faff after getting fuel in my eyes and hair, but got there in the end and no more leak. After going out for a drive in it tonight I must have averaged 30mpg over the whole journey of very mixed driving which im pleased with.

Heres a couple of Drive by vids for you:

Got a heater problem now though, it's never ending. When my engines upto temp and the gauge is reading 1/2 way ish, the heater still blows out cold air when the dials turned on hot. It could there be that there's a problem with my heater panel where you control the temp/fan/direction of the air, sometimes its hot, then other times its freezing, maybe a air lock somewhere, maybe in the heater matrix.

I also got a Black sunstrip today as my cars a pain to drive when the suns low, especially when on track. I like the standard look, but function over form is needed sometimes I removed the trumpets to get access to the throttle linkage, undid it and slid the old cable out, here you can see where its all frayed and where it was catching on the linkage I want to get the sunstrip on tomorrow or Saturday afternoon before the meet Saturday evening!

I fitted the sunstrip last night, looks alright considering it was dark and raining at the time: 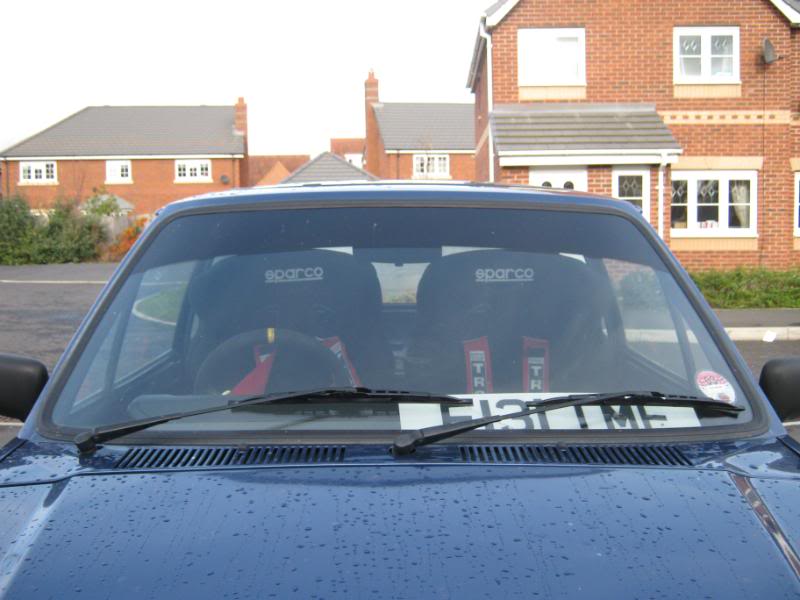 Just drained the coolant out the heater matrix, then filled the system back up and bled it, the heater seems to be working again hopefully it'll stay that way and not be inconsistent like it was doing. Just gave the car a clean too after all the firework muck all over it. 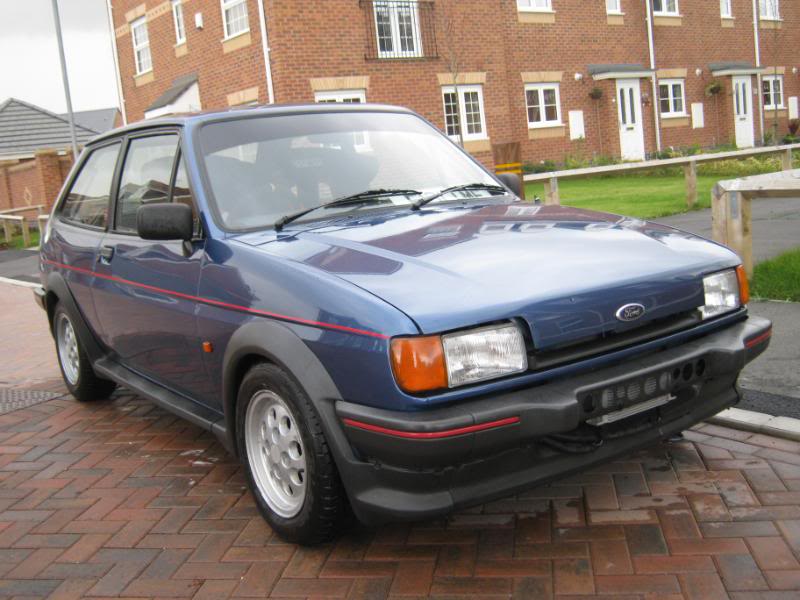 More problems, went out to a meet last night, went to boot it, throttle cables sticking again and the heaters blowing out cold air still, and my car started misfiring badly when we came to move on from the pub. I've just bought brand new coil pack and HT leads, posted for £23.

A few niggles sorted out

Still waiting on the new coil pack and leads to arrive so i've tried the HT leads on my 1.25 fiesta and theyre spot on,I cant try the coil pack as ive rounded the bolts off on both cars with using a 7mm spanner, need a 7mm hex socket from somewhere. I took the Plugs out to give them a clean, all in good condition! Touched up underneath the fuel tank where it all came off from the fuel leak, so now i can keep an eye on that but im 99% sure its not leaking now. The throttle sticking issue has been sorted, was the linkage catching a little so a little bend with some pliers and it clears now.