I picked up a brand new Mk3 Zetec Radiator earlier, another new item awaiting to go on, my rooms getting quite cluttered now. The interiors in bits at the moment, just wired up the earth and senders for the gauges, doing the rest with a mate tomorrow and using his help with the soldering iron. I also recieved these pics of the new inlet I'm having made: 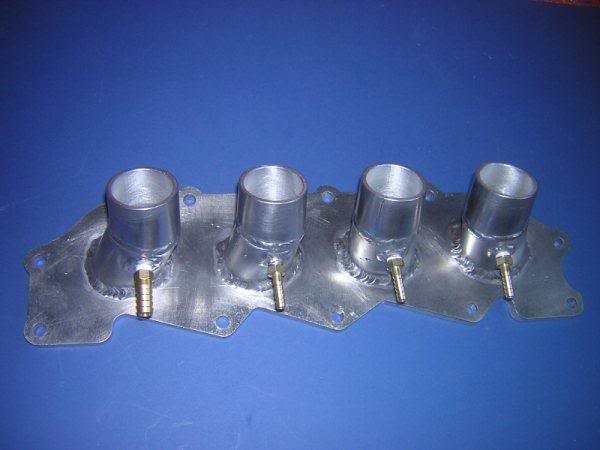 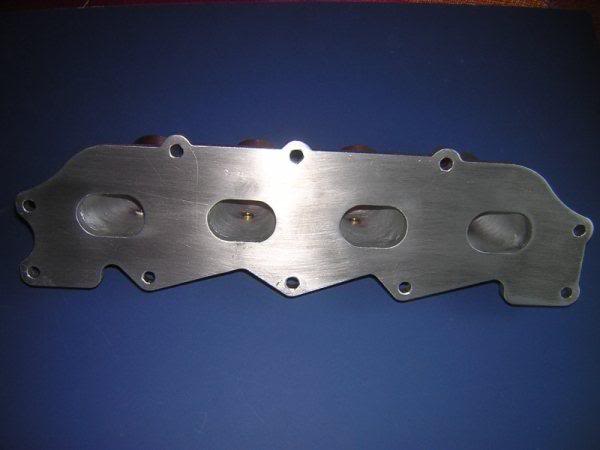 Some good and bad news...

The good news is that the gauges are now wired up and making good pressure.

The bad news is that I had a moment with a kerb at about 60mph last night, slid into it and both wheels hit the kerb at the same time, luckily the car just bounced upright and didnt roll or none of us were hurt, steerings been knocked out and now drifts to the right when driving and also i believe ive buckled the rear wheel and maybe bent the rear beam/axel or stub axel too, the rear wheel looks like it has very slight positive camber and the front one has no camber just straight upright where as before I had about 2 degrees negative, I'm gonna have to get it looked at this week by a local firm who a mate as recommended as they're accident/repair specialists. Hardly what i needed atm with Cadwell in 10days time! I bought/ordered some new Toyo Proxes CF1 road tyres earlier, they should be here tuesday, so when they arrive i'm gonna go get them fitted and see if the wheels are buckled.

Just got these as my rear wheels buckled and a good chance the front one will be too, so thought i'd snap these up. 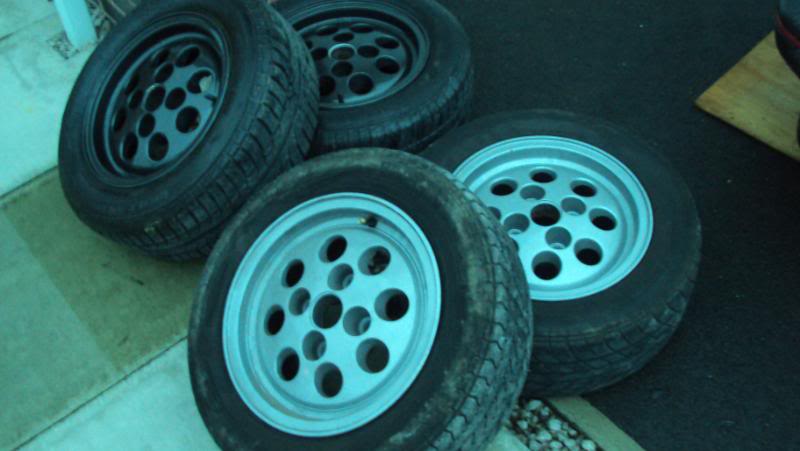 I will take the two silver ones to the tyre place once the Toyos arrive. Nipped to the local repair specialists in the mk4 on my way home from work and told him whats happened and he seems like hes worked with old fords before (was a Mk1 Escort in there too), he said the front chassis leg is common on Mk2's to go when they've been in a hit, and he couldnt say about the rear as he said he needs to see it so if he can get it up on the ramp tomorrow afternoon, i'm gonna go there from work if I have time for him to have a look see whats what, doubt it could be ready for next Wednesday. The Red 45mm silicone hoses have arrived for the new inlet manifold, I will post a pic up once I have the inlet manifold, should be here buy the end of the week.

I went to the repair place earlier, turns out to be this on the front.
How it should be (near side): 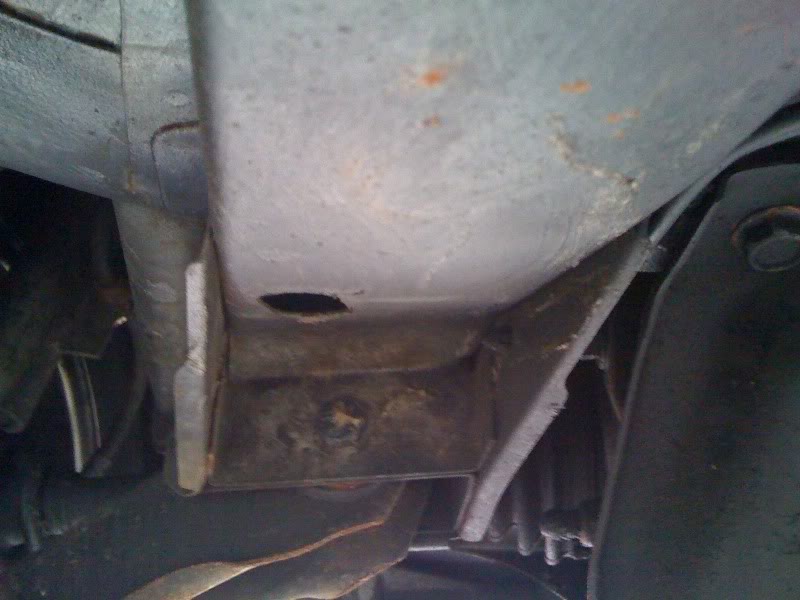 How the offside one is: 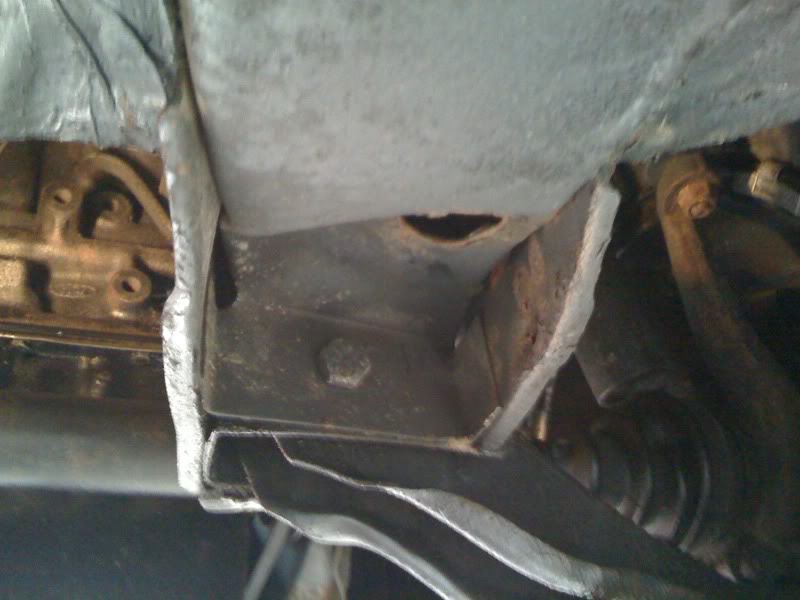 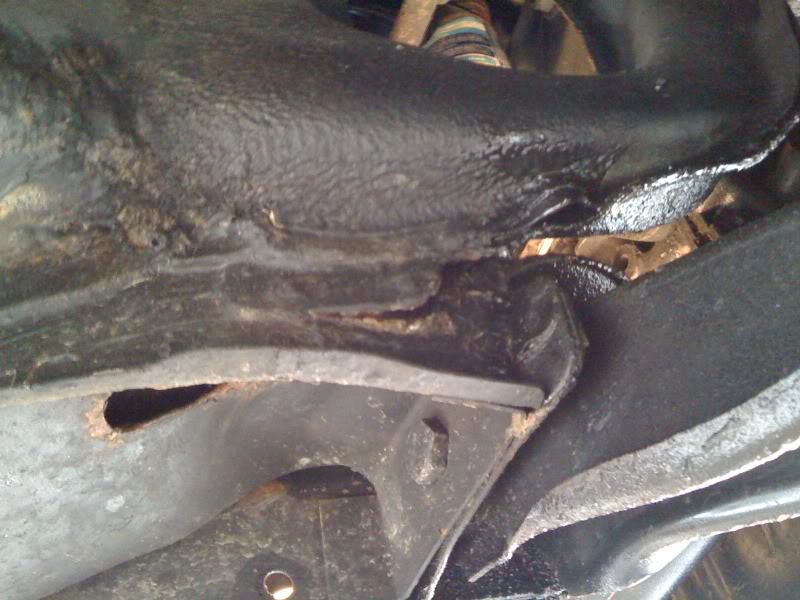 He said the chassis leg is very common to go on these as they are the weakest point on the car, and he just said get a new rear beam, I will do once the fronts sorted. The guy said well if your planning on taking the engine out soon anyways it'll be FAR easier and cheaper for me to remove it and then let him take it from there, he said he'll come pick it up too which is a bonus just hope he can find a new chassis leg though, I'm gonna do the rear beam once the fronts sorted and its 'driveable' again. 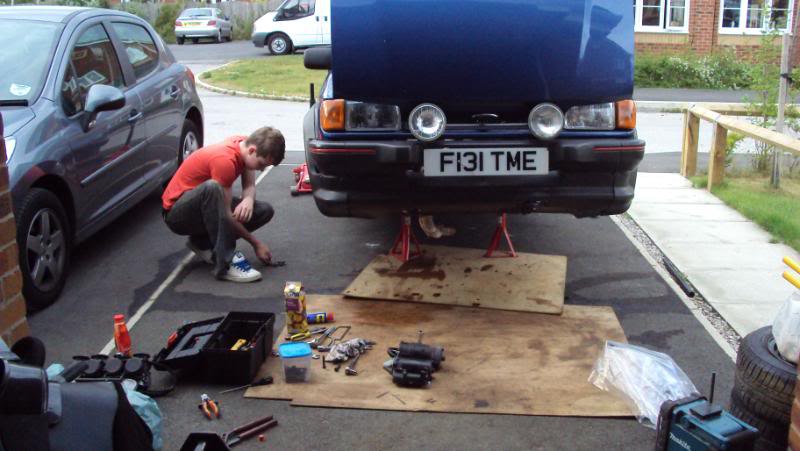 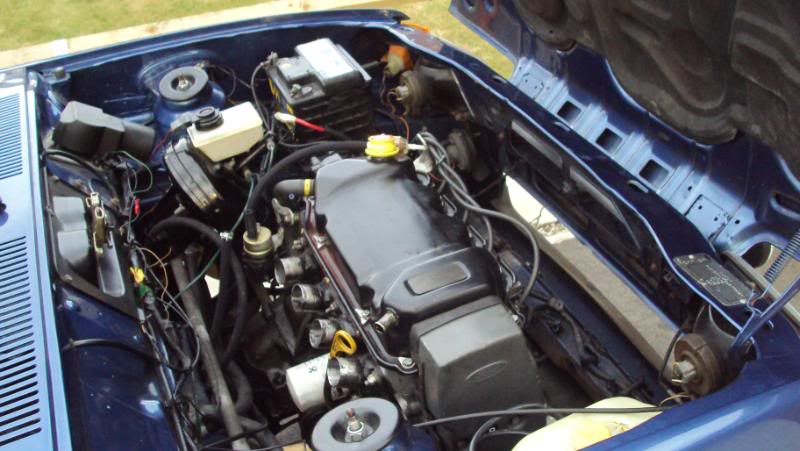 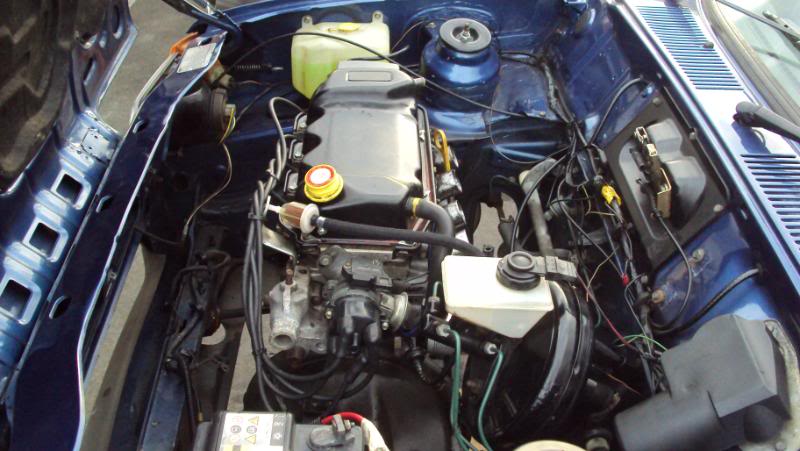 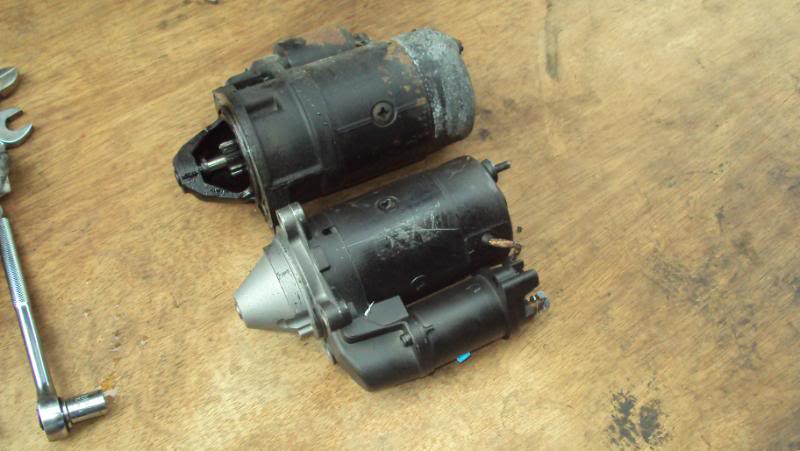 Hopefully I'll have the engine and box out tomorrow or friday night.

Had a nice package arrive today: 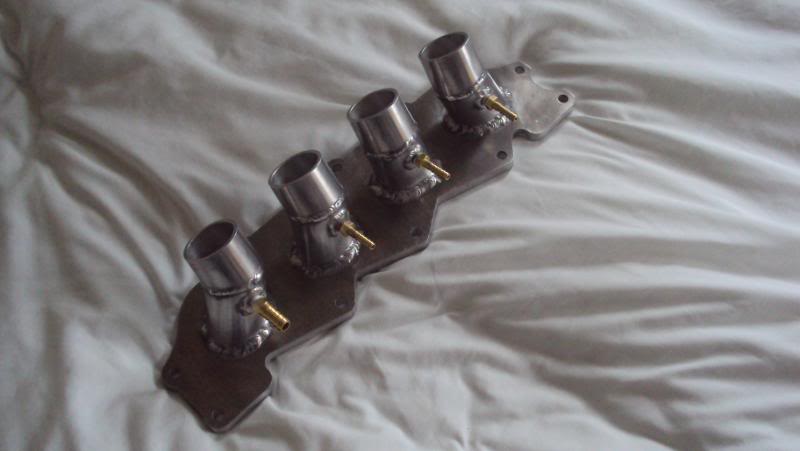 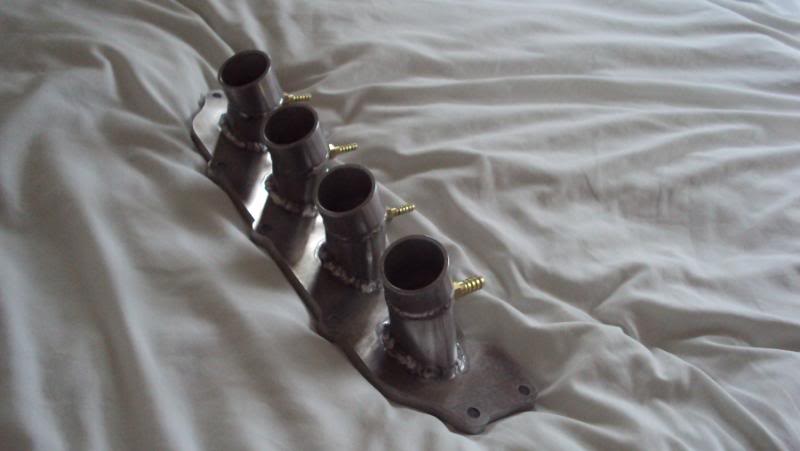 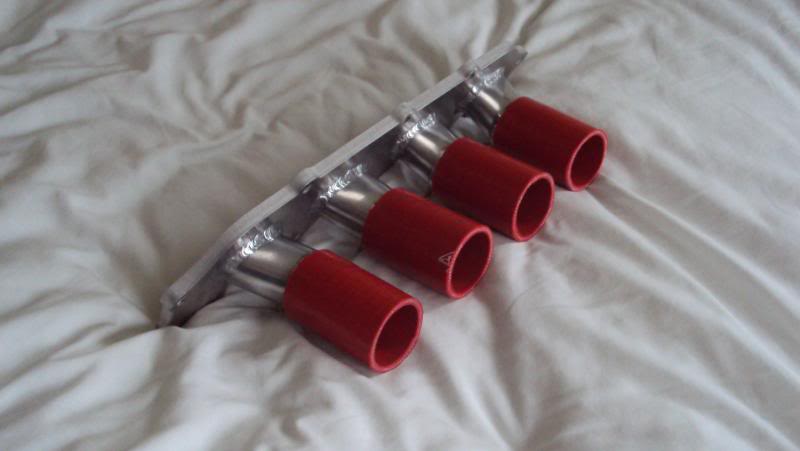 They've has done a mint job, and the hoses I got need cutting down to suit the room in the engine bay, probs have to knock off about 1'' off them. I just bought a brand new Ashley manifold too, should be here Monday, also I got hold of a lower rad hose of a RS1800 too, that arrived today. The engine is coming out tomorrow, the aim is to have it all done, run in and jetted for Ford Fair.

I collected the new Toyos on the way home from work yesterday: 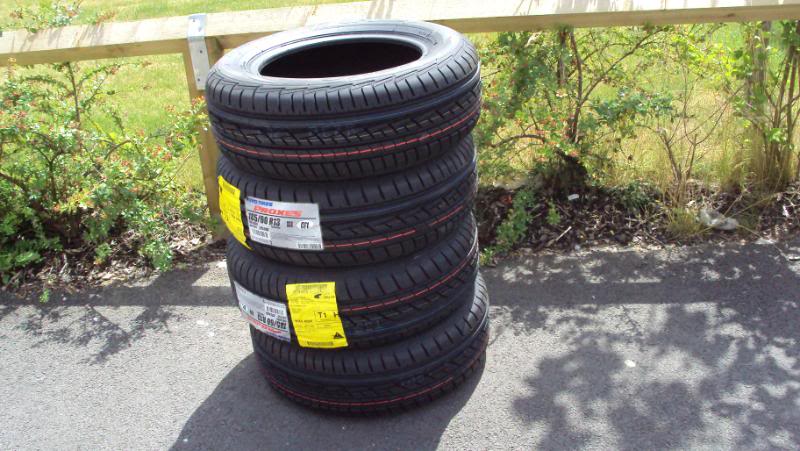 I will be fitting them once I get the car back after the chassis sorted, then got home and called a couple of mates for some help and we got the engine out. After disconnecting the clutch cable and driveshafts we made it 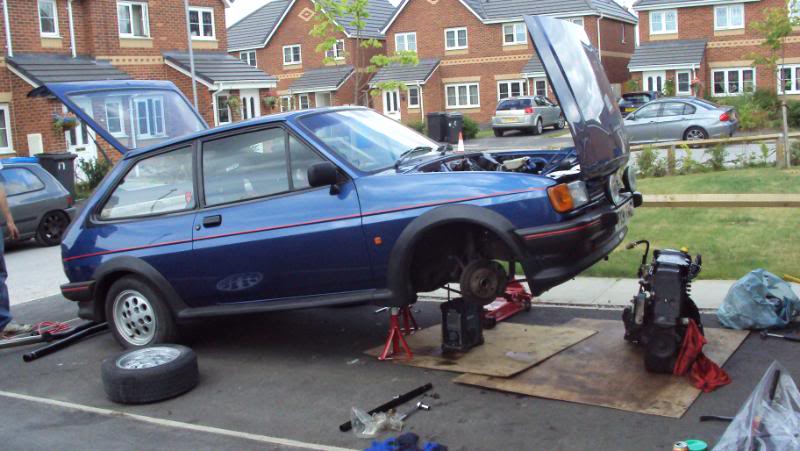 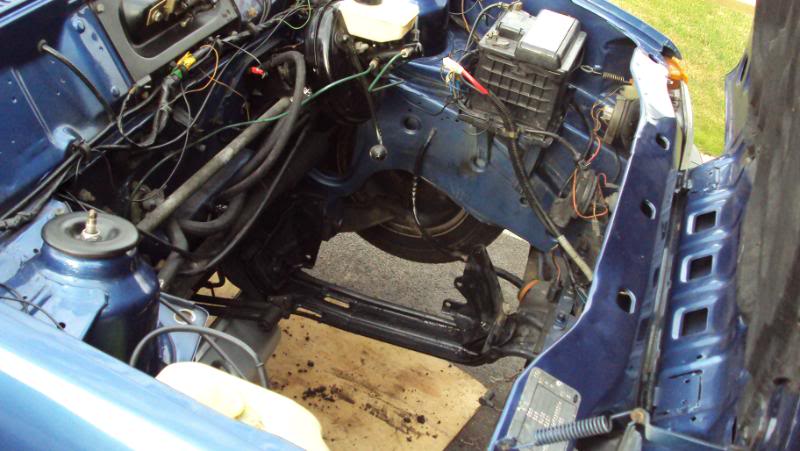 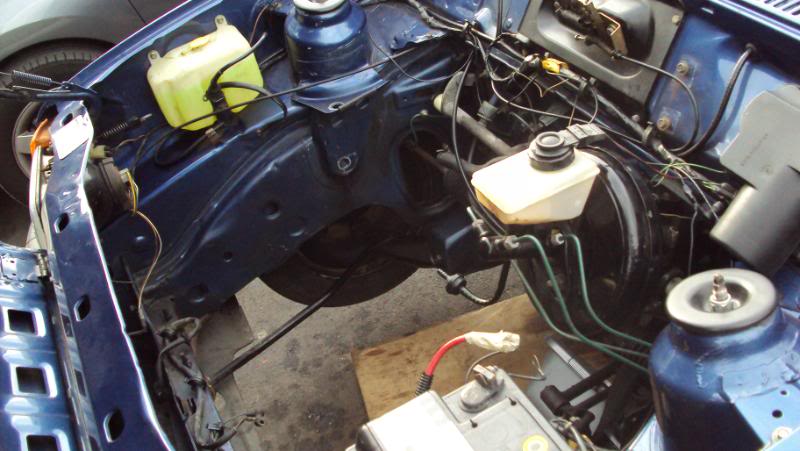 I just gave the RST gearbox a lick of paint, also went to Ford earlier and bought/ordered a RS1800 inlet manifold gasket and some new pinch bolts, I'm going to collect them Thursday once im back from Cadwell. The guy who is doing the chassis leg is picking the car up Monday morning, should hopefully have it back by midday on Tuesday. 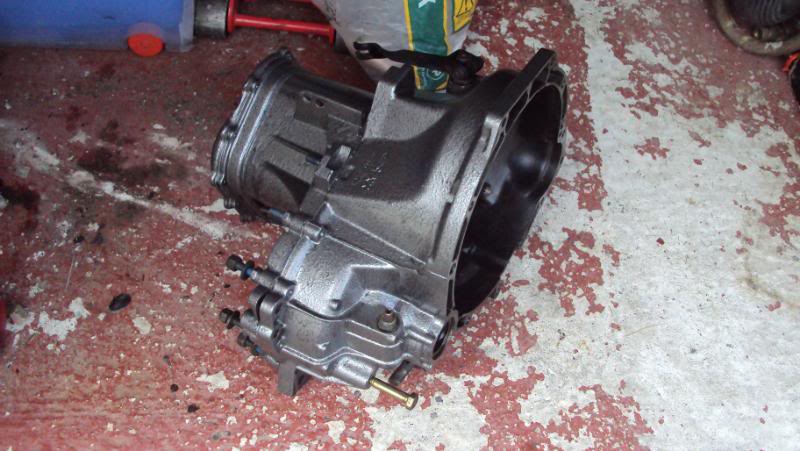 Then I went to a mates factory to fit the alternator bracket onto the 1800 and fit the Zetec alternator pulley onto the CVH alternator. Then I went to halfrauds to get some oil and some ready mixed coolant, got back and just put the wheels on and lowered the car back down ready to be collected tomorrow. 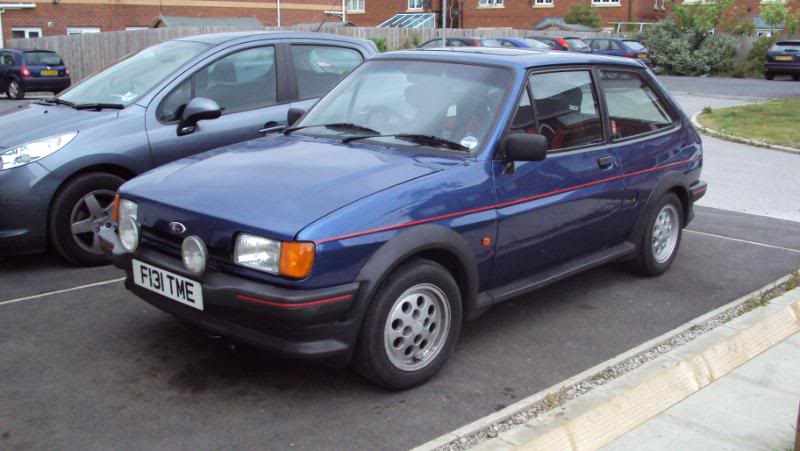 Fiesta on the jig

I ordered a aluminium blank, three pipe joiners and one reducer earlier to complete the coolant side of things, then fitted the Filter king fuel pressure reg/filter before the car went to the body shop after modifying the plate that comes with it: 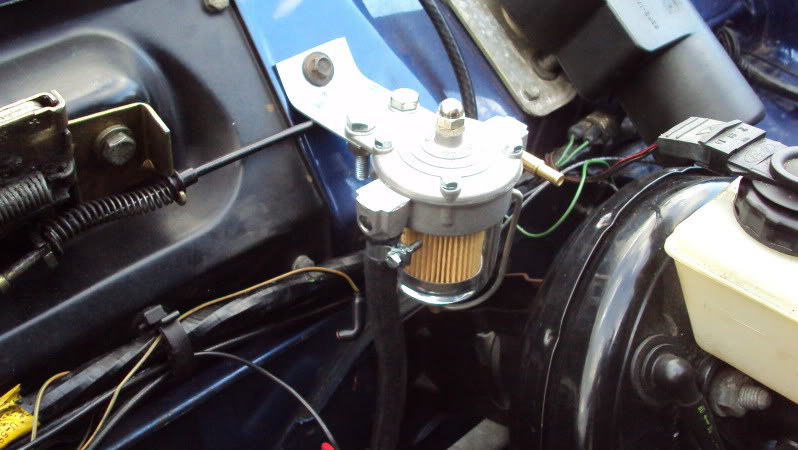 The car is on the jig now as I type and the Ashley manifold has just arrived. 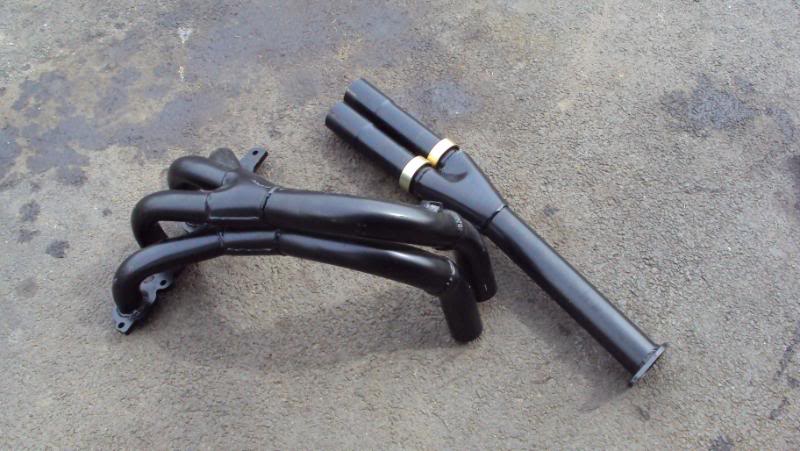 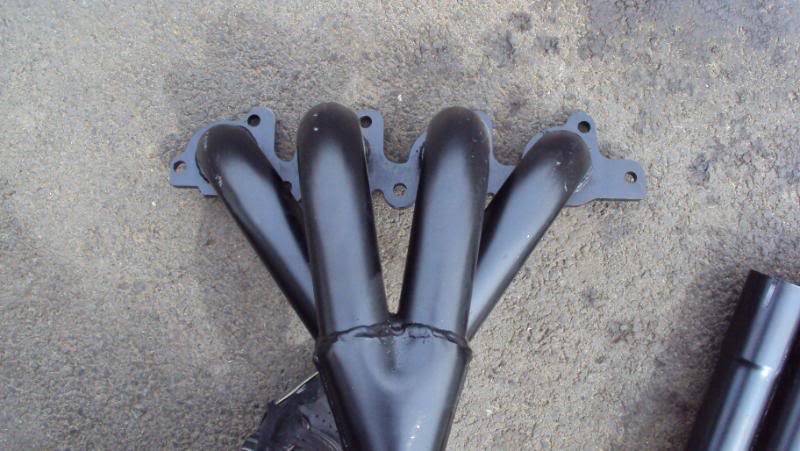 As has the engine mount: I've just been and got 2 new track rod ends 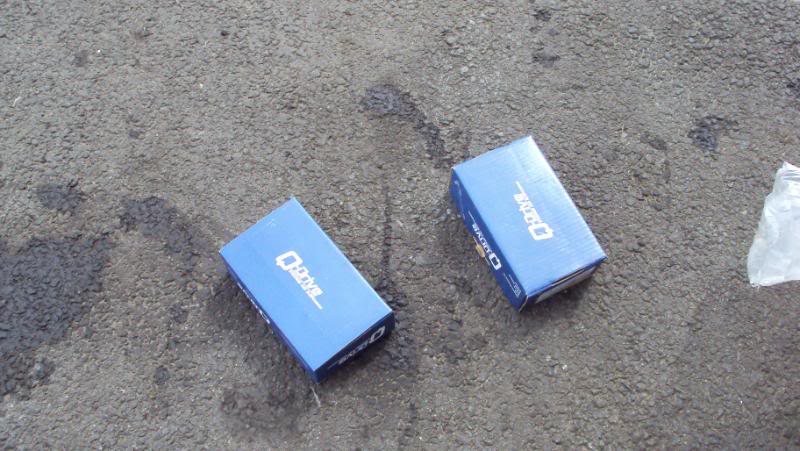 Got the car back this morning, straight away I jacked the car up and fitted the new track rod ends onto the rack: 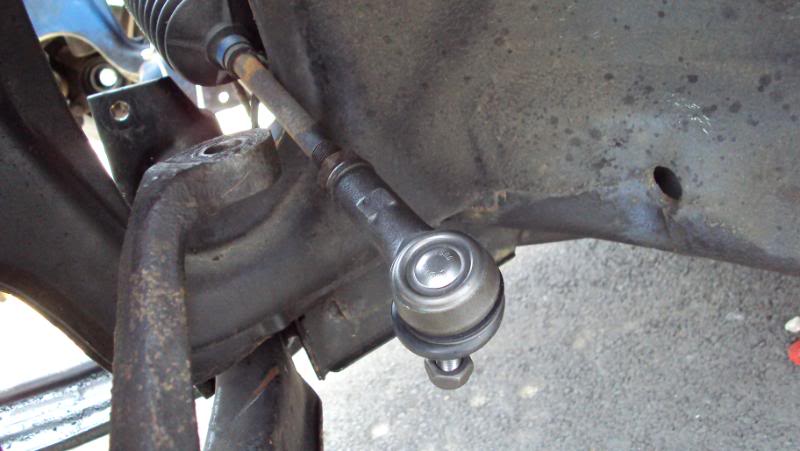 Then took the offside ball joint, lower arm and tie bar off ready to pull the engine up: 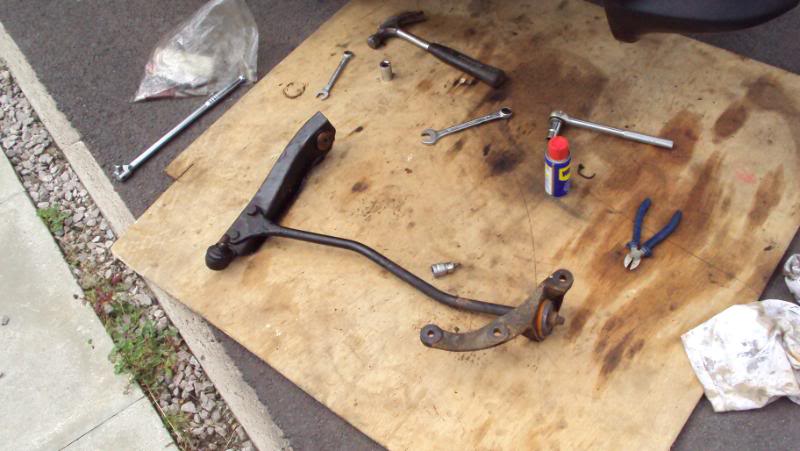 Then I went to Ford to get the inlet manfiold gasket & pinch bolts and on to Northwest Performance, got a new CV boot fitted to the nearside driveshaft. The joiners, reducer etc arrived whilst ive been away at Cadwell the past few days. I'm not sure when the engine will be going in yet to be honest, as Jon at Shawspeed still hasnt recieved the flywheel, hes got the cams, just waiting on the flywheel.