Carbs removed to fix the hose: 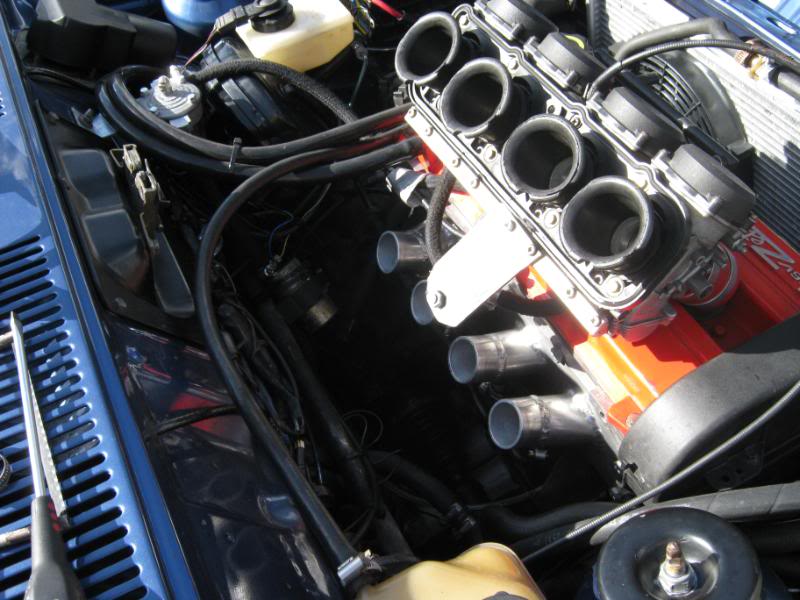 Hose that had split right just before the heater matrix: 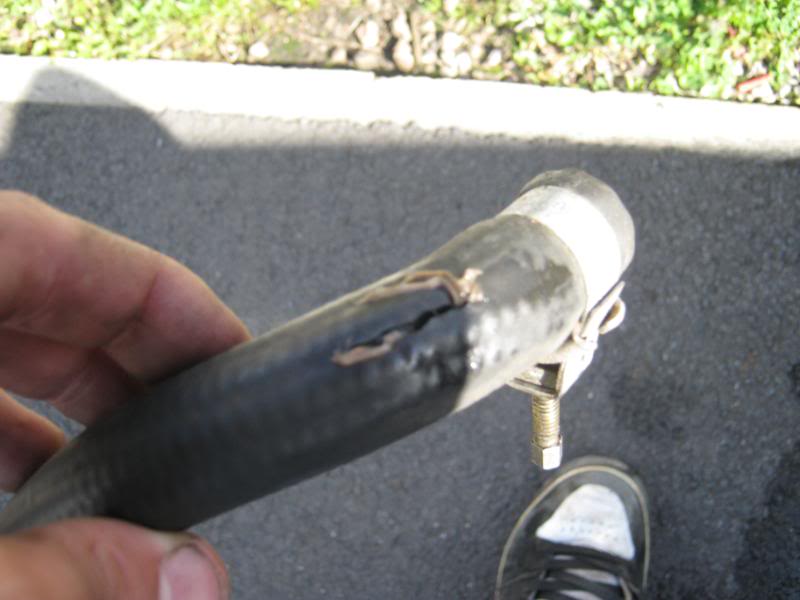 I got some hoses off a mate, made them fit, bled all the system again, jobs a good un' (for now), then jacked the car up had a look at the damage, the rear beam has a sexy dint in it: 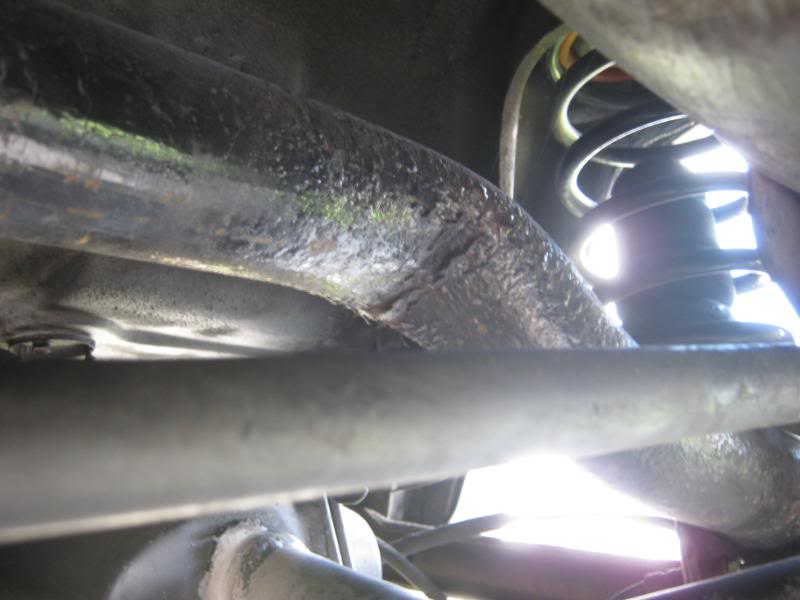 This arm is bent (not sure of its proper name): 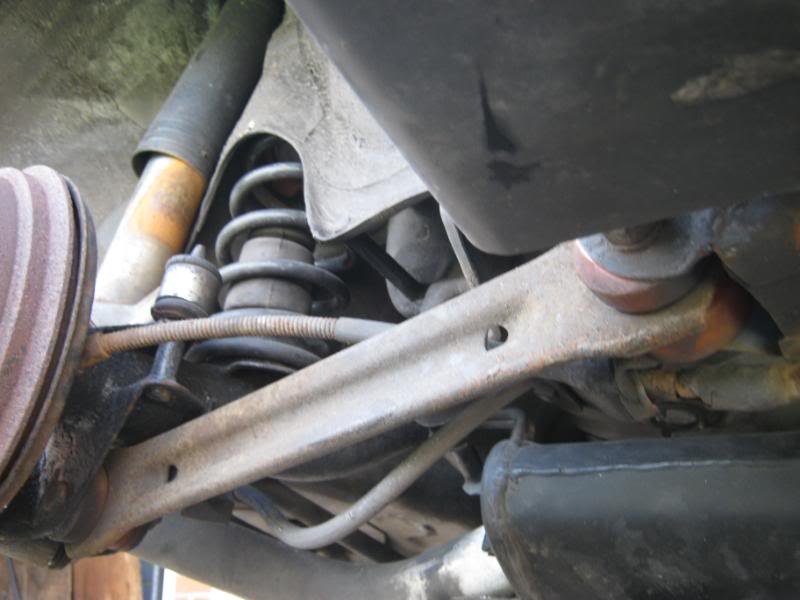 Thats all the damage i could see, all the front looks fine so on the lookout for a new rear beam and a new one of them arms too. I've got a spare pepperpot so going to need to order two new tyres soon.

I collected the rear beam earlier, also went to collect my spare Pepperpot too, so tomorrow the plan is to get old rear beam off and get the new one up at least hanging from the struts until the trailing arm arrives. The guy who i bought the beam off said hes got 30meters of some black 2" exhausdt heat wrap and some metal ties too, so im going to have that off him next week and take the manifold off, get the 2-1 welded onto the 4-2 part then wrap it all

I swapped the beam over yesterday before I had to go work, got the old rear beam off, I didnt realise how bad it was actually bent/creased. 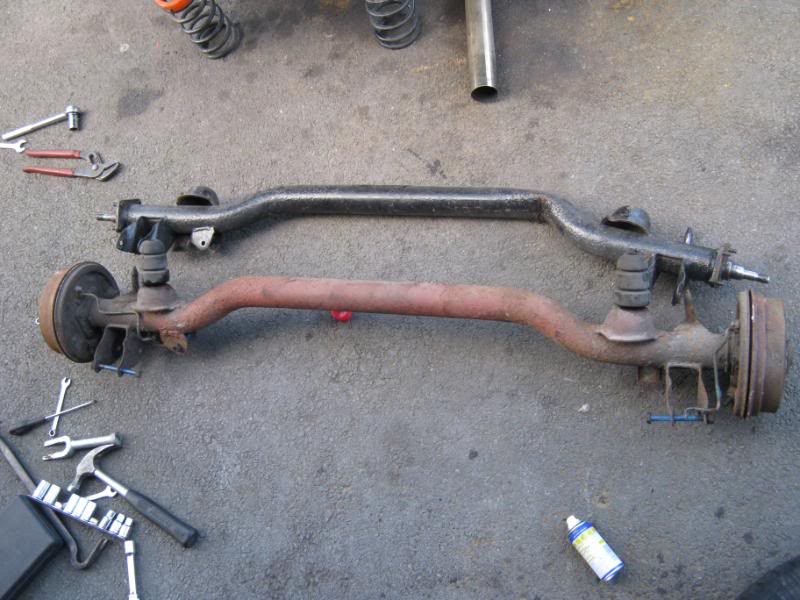 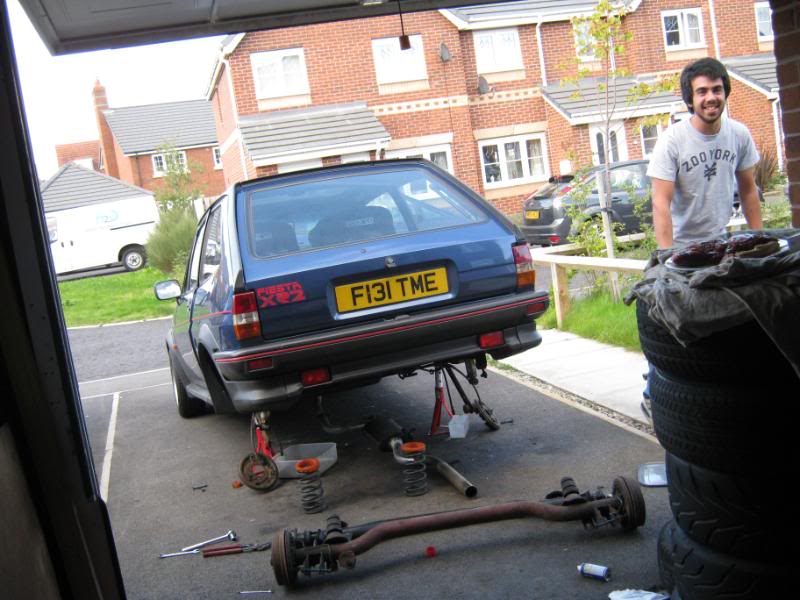 I used my drums and wheel bearings so just swapped everything over from the old beam, then fitted it all, luckily everything just about lined up, I re-bled all the brakes, then as I still need two new road tyres, I've just fitted the wheels on with the R888s for now. 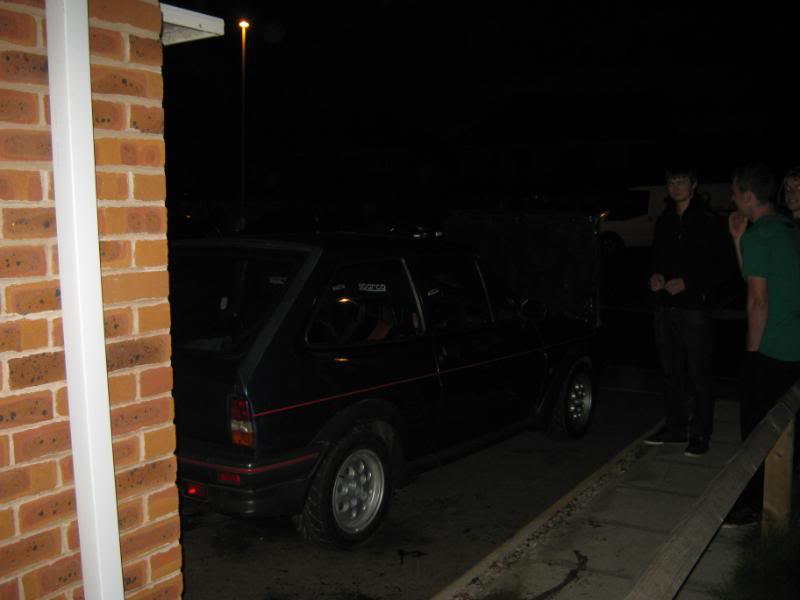 I drove it round the block, will need to bleed the brakes again as they're spongy and also need to re-do the tracking slightly but it all drives absolutely spot on, well chuffed!

I've got some throttle bodies, injectors, omex 600, ERST fuel pump and a new fuel tank lined up so need the carbs gone asap to pay for some of the new parts.

I've changed my mind again, I just cant stop changing my mind. I'm gonna keep it how it is, bleed the brakes, get the tracking done and get it all aligned etc then just enjoy it and spend money else where more important i.e a rollcage as i really thought it was gonna roll when I hit that kerb a week ago. New toyo proxes CF1s have been ordered and also cars booked in for 2.30 on Thursday to get the exhaust sorted, manifold welded, flange instead off a sleeve joint on the manifold and a smaller flexi.

Just bled all the brakes again using a bleeding kit, they're a little bit better than they were on friday but still not like the were, when I bled the rears there was fluid at the start, then a little bit of air and then the fluid just started dripping out even when still upto pressure on the tyre and the tyre was on 15psi. The fronts were fine, constant flowing out. Whilst i bled the brakes i checked to see if the shocks were camber adjustable, and they're not so somethings out at the front somewhere as theres very little neg camber on the offside where as theres around 2degress neg on the nearside. I raised the front up 2 turns on the coilovers too. When I bled the brakes i put the 2 normal wheels/tyres on the rear and kept the R888s on the front, it handles so well, I dont want to have to put the normal proxes on the front now when they arrive!

I'm picking up 30m of black 2" Exhaust manifold heatwrap friday along with 8 metal ties, also priced up a full cage from Custom Cages, £549 delivered so i'll be ordering one of them within the next few weeks. I also just bought/ordered 2 new vibratechnics gearbox/cradle mounts from Rally design should be here for the weekend!

Just got back from Pipewerx, the manifold is welded so its all one now, I had a flange fitted instead of a sleeve joint and also now got a 5" flexi section instead of an 8" so its not all over the place anymore. It was pricey but well worth it and now there's no need to keep messing around with it all the time. The tyres arrived today whilst I was out, I'm going to collect them tomorrow, I will take both pepperpots with me and get them fitted on the way back.

Collected the tyres last night, just had them fitted now, annoyingly I left one of the centre caps there. 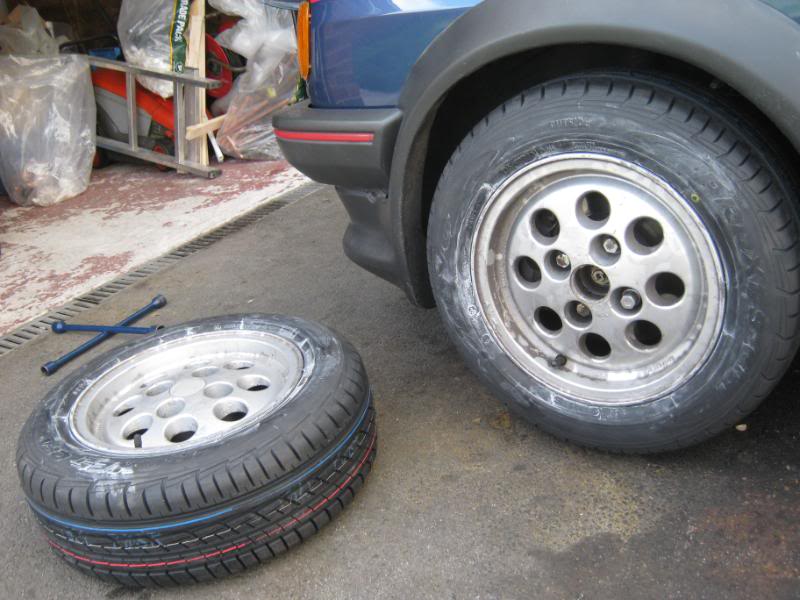 A quick picture of the exhaust where its been welded, new flange and flexi: 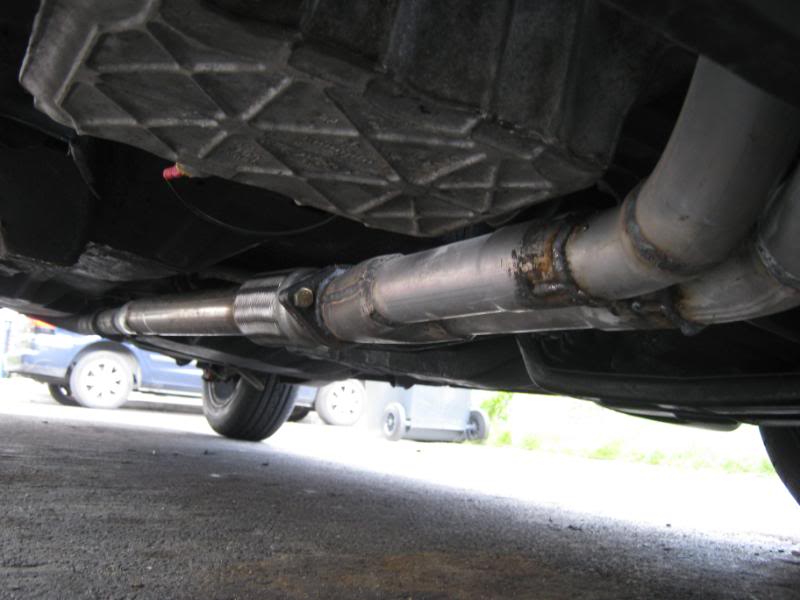 I'm looking into ordering a low temp 82 degree thermostat at the moment, to try get water temps down to a minimum.

I've just removed the thermostat to see what that does to the high water temp. Just drove the car for 10-15mins, let it warm up on idle for 3-4mins, when the oil was upto 100 degrees the water temp was on 1/4, then when I hammered it it went down to 1/8, all bled properly, the heater in the cars is alot cooler than it was obviously, the annoying thing is the pressure is still quite high on the hoses, like I could hardly squeeze the top rad hose when i got back after the bit of a drive.