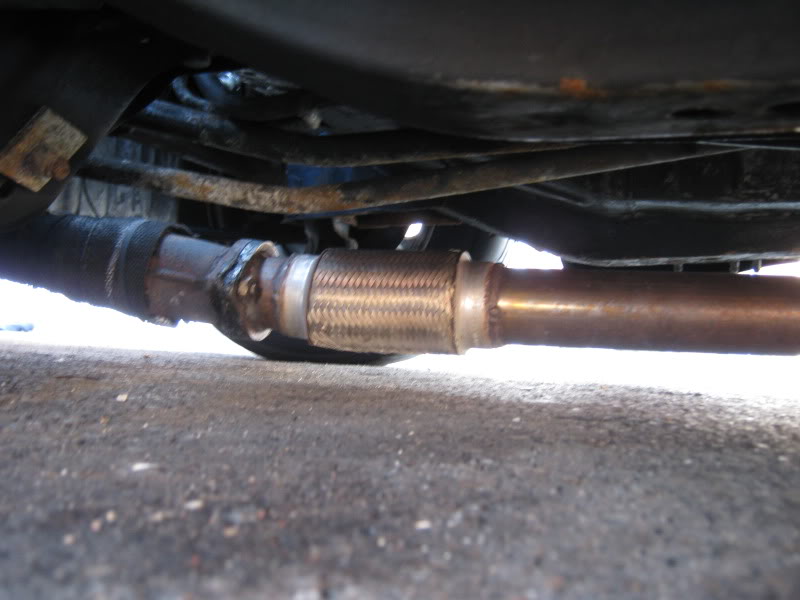 I removed all the heatwrap off the secondaries to check all the welds, they're still spot on 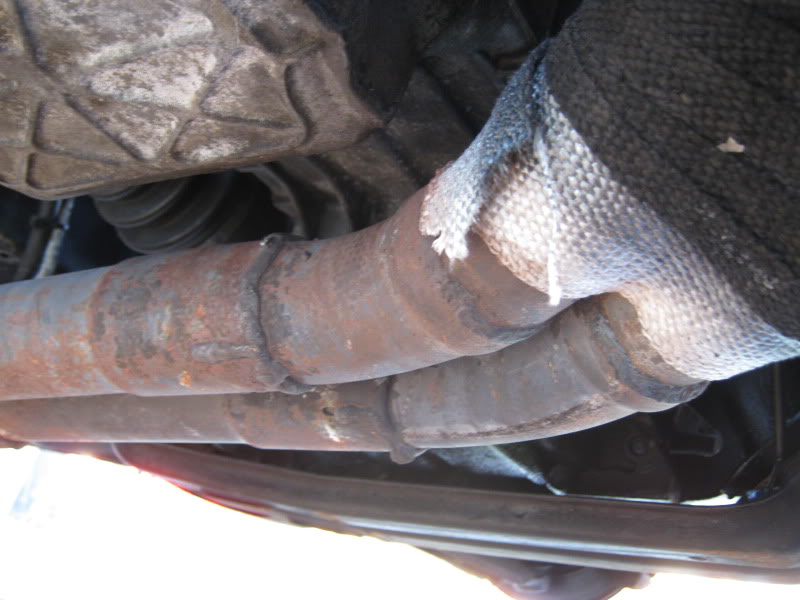 So that could only mean one thing, the heat of the manifold and the weight of the exhaust system has caused it to sag, so I jacked the manifold up from the flanges where it joins to the system, it's now back to how it should be: 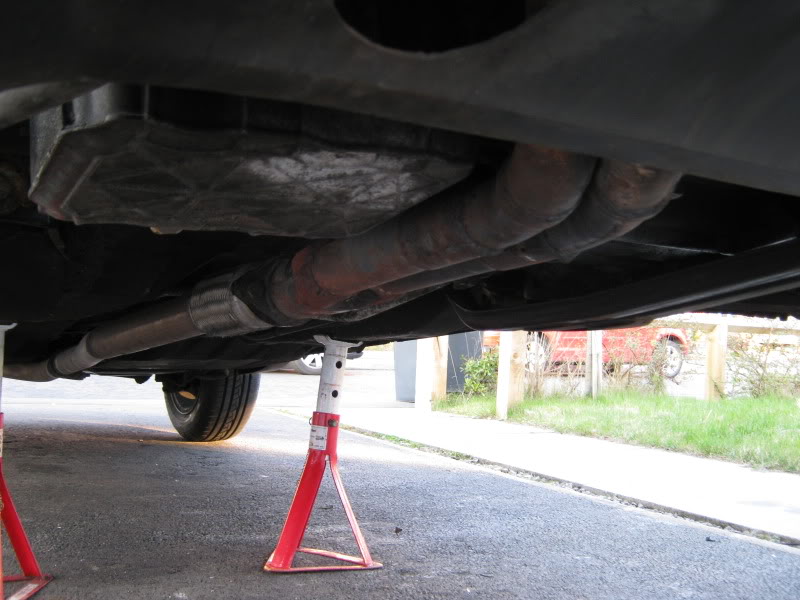 Perfect, I just need to get a hanger made up for the middle of the system now somewhere, when thats sorted I may heatwrap the manifold again, or probably just leave it, as the manifold is poor quality metal so I'd rather be safe.

I also took the old steering rack off: 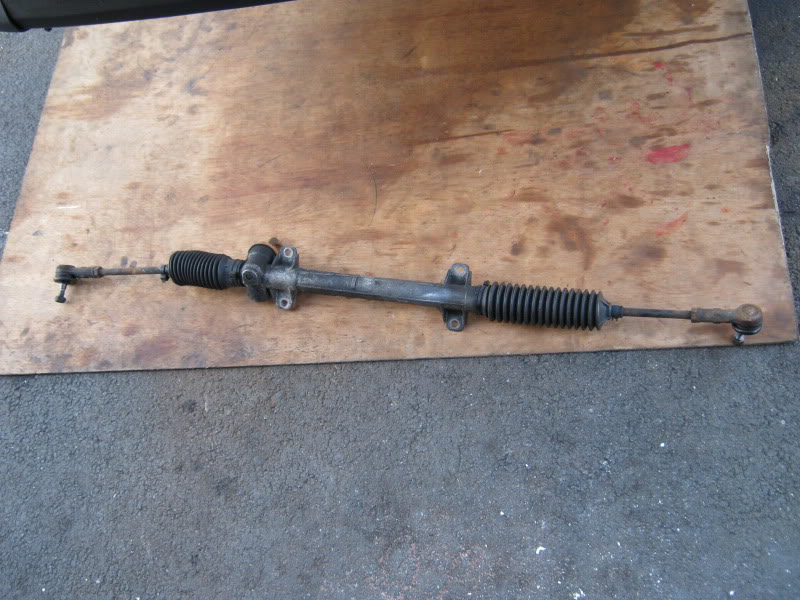 Picking the new one up tomorrow night. 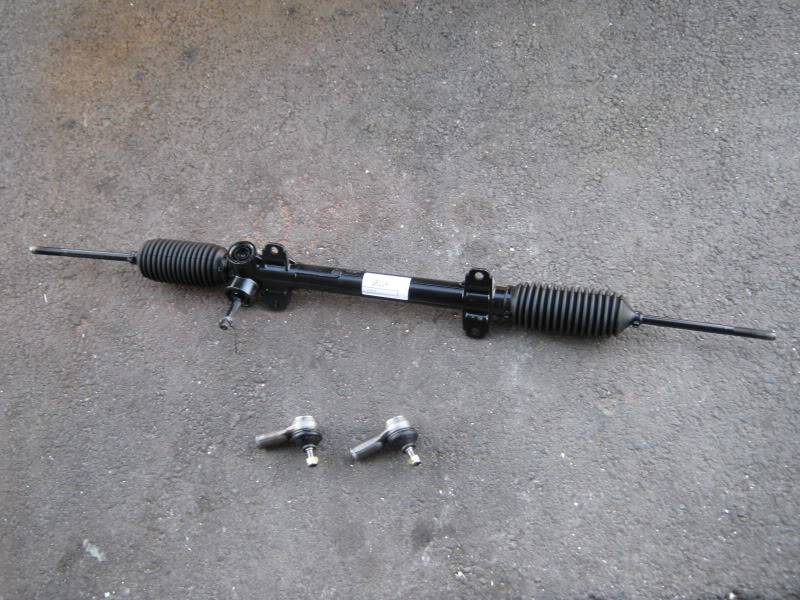 I will fit them tomorrow and hopefully get it booked in to get the alignment checked and the tracking done for friday. The hose for the washer bottle came too, so I've plumbed that all back in and mounted it with tie wraps (of course): 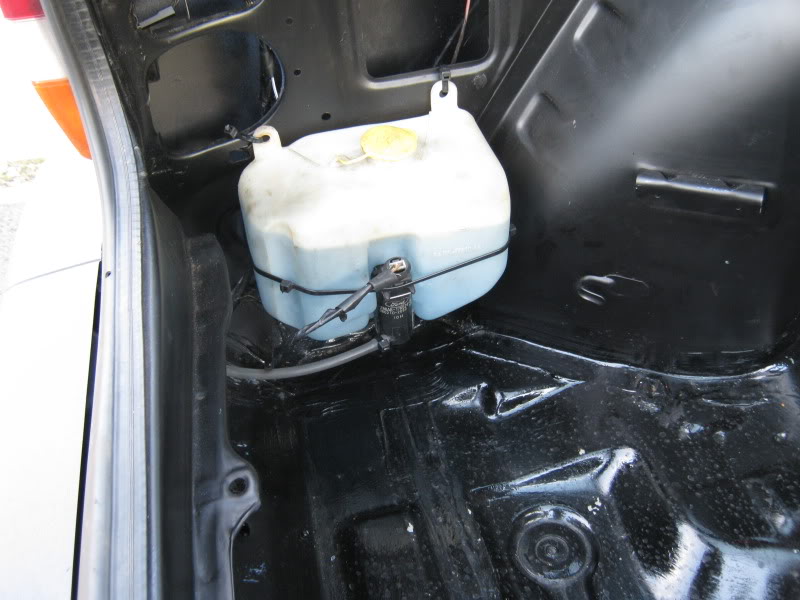 A few more pics from oulton:

Got the single skinned, fibreglass carbon fibre wrapped bonnet fitted, only took about an hour in all to line it all up drill for the pins etc: It looks pretty mean with the bonnet off in my opinion: 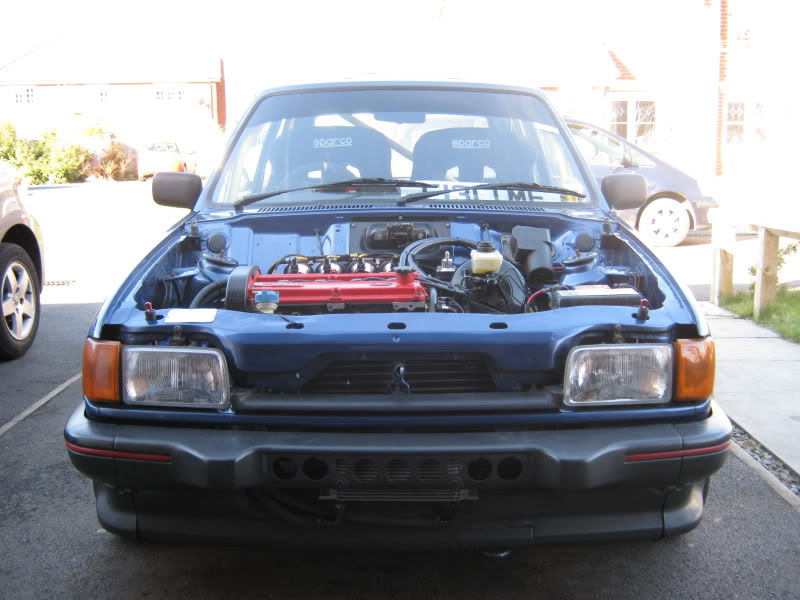 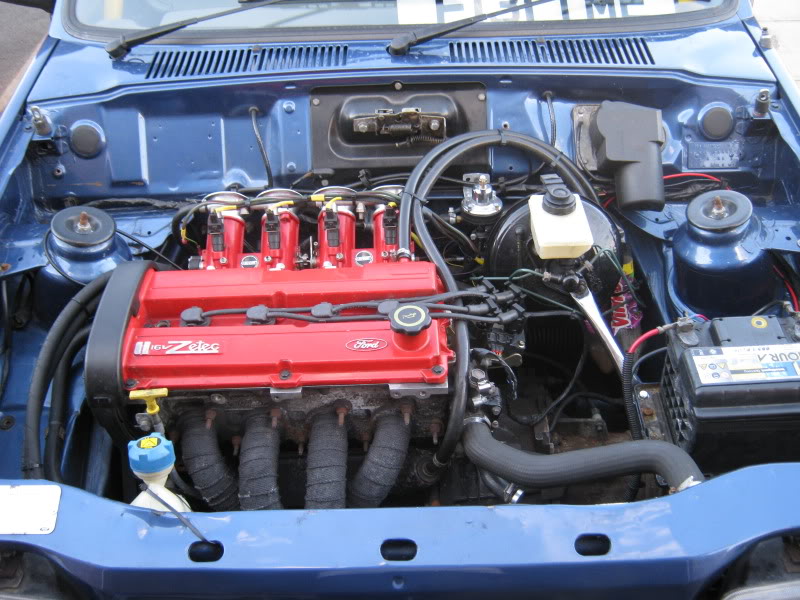 if you didnt notice, here's the brake servo brace bar I've made, I'll see how it is, I thought it was thin steel when I pinched the metal from work, turned out its copper when I cut it to size and flattened the ends etc.

I drove the car last night and the brake servo brace bar has made one hell of a difference, locks up so easy now its scary, going to bleed the brakes again this weekend. I also ordered a pair of Lockable Aerocatches last night for the top/rear of the bonnet, they should be here towards the end of the week.

I collected the ball joints from Euro Car Parts earlier, then fitted them, one had a split gaitor. So glad they're sorted now!

I also did a nut and bolt check over everything on the front end, everything was still nice and tight after the trackday apart from one thing; one of the bolts on the rear of the cradle where it mounts into the car/chassis is just spinning! My friend came up with a rather good idea of the best way to sort that as the threads well and truly buggered. We're going to drill the threads out, weld 2 M10 Nylock nuts to the back of a piece of 3mm steel i have, then weld that to the car then both 2 new M10 bolts through the nuts!

I've also got a hole in one of the sills that needs sorting before the MOT , so will hopefully weld a piece of 3mm steel over that too.

The cars booked in for Friday to get the thread drilled and tapped instead of welding a plate and drilling out the threads, also going to get the hole on the sill patched over too with some 1mm steel. In other news the Lockable Aerocatches arrived today too, I will fit them sometime in the next week

Got the day off work today as work was quiet and so i could get the car sorted, I had the hole in sill welded up and had the thread drilled and tapped to M12, sorted!

It's the first time I've driven the car since fitting the new ball joints on Monday, the tracking was quite a way out, so I've done that myself, now both sides are toeing out slightly, also both the locking nuts on the track rod ends were loose. Just taxed the car too, put another year on it and the MOT's booked in for 5pm Tomorrow, fingers crossed! I will fit the lockable Aerocatches this weekend.

The XR2 failed it's MOT on a handbrake cable and steering coloum mounts as the steering goes heavy then light etc, and excess play in the column mounts, not sure what I'm going to do about that to be honest

I made a mess removing the column, there was a bush thats been knackard since owning the car and I noticed part of the steering column is bent, I don't know if its meant to be or not, I dont think so though!

I put it all back together making sure everything was nice n tight and its exactly the same, great! I'm going to collect a low milage complete column this afternoon as the seller has a spare which he doesnt need anymore.

I tried to adjust the handbrake cable but i failed so need a new one of them too, awesome.

Picked the steering column up, all ive changed is the tube above thats bent, steerings even now, it doesnt go tight then loose etc, just still abit of play in the column mount itself but I can't remove that without taking the dash out really so if he still fails me for that then will probably just take the clocks out and get some sort of bar made to brace the coloum to the bulk head somehow, but hopefully he'll let me off. I bought a Brand New handbrake cable off ebay for a reasonable